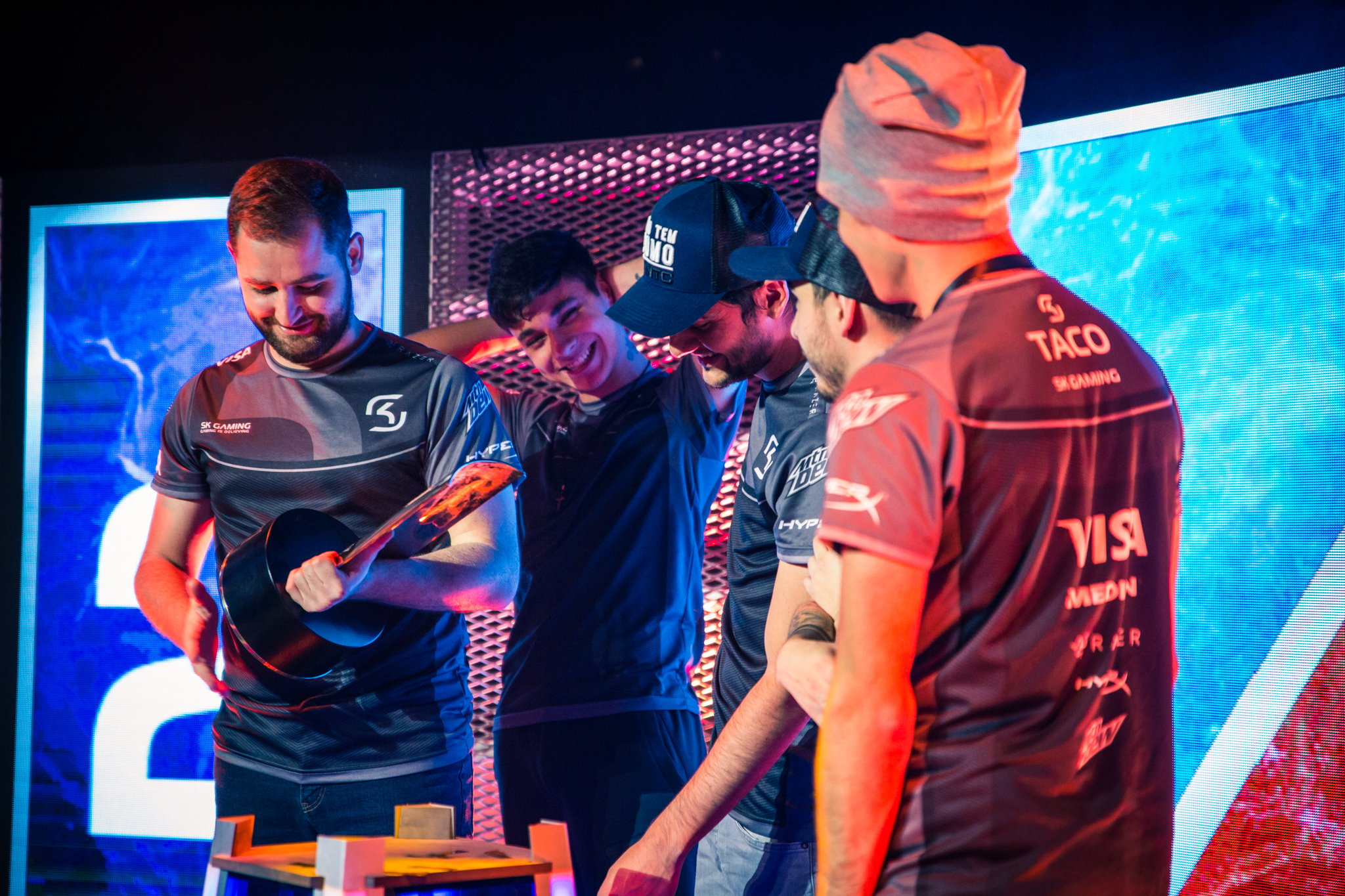 In Counter-Strike: Global Offensive, map-specific considerations are still too often overlooked by casual observers. To provide a better baseline for these discussions, this article will name and rank the best teams in the world on each specific map. A team’s map prowess will be weighed in accordance with the following criteria:

While Cache has persistently been underplayed at premier-level LANs, Cache now has a handful of devotees that have been very successful over the past 100 days. SK is the obvious standout with their impressive 7-2 record, but G2’s wins over the other three leading teams in C9, HellRaisers give them the edge over SK and the number one spot. In the battle for third place, HellRaisers have the far more pristine record, but lack wins over any top Cache teams. Cloud9’s wins over G2 and Immortals earns them the bronze medal despite their four losses.

In the last iteration of this ranking system in May, Gambit and SK were the number one and number two teams on this map, but G2 have suddenly become very dominant on this map more recently. While they did lose to Gambit at DreamHack Austin, they have been unstoppable since, even beating SK on the map on their way to a win at the ESL Pro League Season 5 Finals. Elsewhere, SK remains above Gambit thanks to their head-to-head win and better overall record, while Gambit themselves are now only clinging to a top spot thanks to their win over G2. Immortals have the No. 4 spot thanks to their wide variety of wins over more mediocre opponents.

The most recently updated map still has a stubbornly unclear hierarchy. While many of the very best teams in the world play Inferno, no team has proven themselves capable of winning the map with great consistency. For this month’s ranking, SK barely leads the pack thanks to their wins over Astralis, FaZe, and Fnatic. While Fnatic are themselves slotted in at No.2 with the exact same record, thanks to their weaker schedule. Immortals again slip into the top-four thanks to their strong record over weaker teams, but their win over Fnatic actually puts them over G2 who also lack quality wins beyond their win over Immortals.

Mirage has increasingly become a favored destination for many of the world’s best teams. Accordingly, all three of the world’s leading trio in SK, FaZe, and Astralis made it into a top-four position on Mirage this month. Funnily enough, their positions here perfectly reflect their presumptive positions in the scene overall with SK in first, FaZe in second, and Astralis in third. These ranking are fairly straightforward if you look each team’s respective wins and record. The one surprise is that Cloud9 slips in fourth as the Immortals of this map. They have a lot of wins thanks to their numerous LAN appearances, but only their win over Astralis stands out.

While Cache has been the least popular map at premier-level tournaments since the major, Nuke has almost been unseen at these more recent middling LANs. For example, Nuke wasn’t played at all at the ECS Season 3 finals and was only seen twice at Main Qualifier for the PGL Kraków Major. As such, leading teams for this map need far less wins to reach the top ranks. First through third are relatively straight forward, but Liquid makes a surprise appearance in a map top-four despite not being a major-qualifying team. Very few teams had two or more wins of any quality on Nuke in the past 100 days. Other than teams in the top-four, North had two wins, Gambit had two wins, and Heroic had three but are ineligible for ranking as they have since changed a player.

Despite their most recent loss to Team Liquid at ECS, Astralis still has to be considered the best team in the world on Overpass. Since picking up Lukas “gla1ve” Rossander, Astralis have racked up an impressive 13-2 record overall. Astralis, however, has only played Overpass four times within the last 100 days, winning three of those contests. Astralis’ wins still look very strong on paper, but Virtus Pro, Na’Vi, and SK have been either more unsuccessful or absent than you would expect on the map over the past 100. Consequently, G2 will actually earn the top spot over Astralis with their fuller record. For the remaining two top spots, both Immortals and FaZe have wins over G2, but Immortals have defeated stronger opponents in CLG and HellRaisers to justify their number three spot.

As covered in a previous article, SK Gaming’s current Train nowhere near as dominant on Train this year as they were in 2016. SK had one of the very best runs ever on a map with 17 straight LAN victories when Lincoln “fnx” Lau still in the lineup, but they started off with a 1-4 record this year on Train with João “felps” Vasconcellos. They were able to completely turn their record around, however. Excluding the overtime-esque tiebreaker matches of EPL, SK actually has won all of their past six six contests on the map giving them the No. 1 spot here. Cloud9 again sneak into a top placing thanks to their wins over SK and Fnatic. Gambit take third with their broader array of wins including one over Cloud9, while Astralis place fourth due to their singularly impressive win over SK.