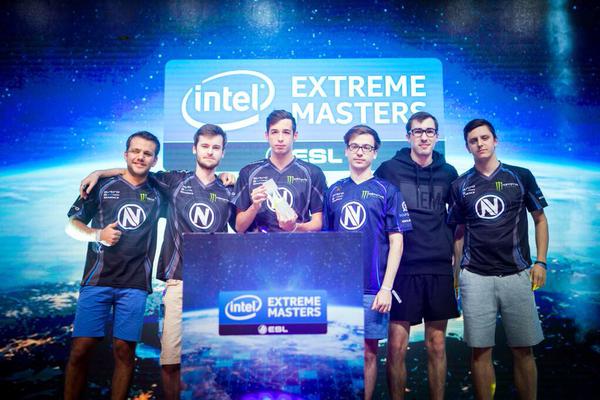 After the recent EnvyUs roster change, the team has got off to a flying start with the IEM Gamescom victory losing only 1 map to Mousesports. With this easy LAN win, they showed off some promise for the next months to come and how they can contend for the number 1 spot just like the old lineup did.

Being able to beat fnatic

One of the most important things for this new lineup is going to be the ability to beat the current #1 team, fnatic. The definite worst player against Fnatic for Envy was Smithzz being the worst player in 3 of the last 5 occasions the teams have met. Looking at this from Titan’s perspective, out of the last 5 matches the old Titan roster and Fnatic met, Apex was only at the bottom of the scoreboard once, bearing in mind that the four times these two teams have met, Titan got annihilated. The only time Titan won in overtime kennyS and Apex both were leading their team to victory with the others lagging behind. Going back over to the EnvyUs old roster, Happy was the one that also had to push his team to victory with help from Shox. This brings us to the conclusion that if kennyS and Apex are both on point, which they seem to be at this point, they will be able to beat the #1 team in the world and possibly take the throne.

Clearing up the problems with roles in the team

This problem doesn’t seem to exist after the changes, with an NBK VLOG being a confirmation of their roles being sorted out. For those lazy to watch the video, I will inform you now. (Bare in mind this is both the video and myself watching the latest games.)

These roles seem to fit all the players well, with everyone contributing to the team well as well as filling out their set roles. Happy being no longer under the constant threat of Shox taking over, can focus on the set strategies at the start of the round having Apex to help out in mid-round calling and also taking the pressure of Happy.

KennyS not needing to be the main carry, takes off the pressure oh him and enables him to play better individually. Having finally a good awper, enables Happy to stay away from the sniper and focus more on lurking/rifling which he is a lot better at.

Apex being an entry fragger in a team that he knows can still thrive without his kills also impacts him in a positive way and takes away the pressure of him and enables him more freely, something he was stripped from under the Ex6Tenz and his strict strategies and movement of players. Let’s not forget that Apex thrived under the Happy’s leadership back in the LDLC days.

In the old EnvyUs lineup, Kioshima was actually a player that was unappreciated amongst fans because of his explosive nature however, with the new lineup he seems to be appreciated more as well as his impact on the game has also seem to increase.

Finally NBK, a player which I always admired because of his versatility and his amazing Inferno B holds however, coming from a personal slump on top of the EnvyUs roster changing, he seems to be getting back to his old self, dominating 2 of the 4 games against TSM at IEM Gamescom.

Perhaps the most obvious of the three points, however the most key one. None of the great plays and personal skill won’t matter if the team won’t be able to work good as a team(yes I’m looking at you Shox).  I am sure that there will be another French Revolution in the future and in spite of everything, this team will disband at one point, let’s just hope it’s going to be later rather than sooner.