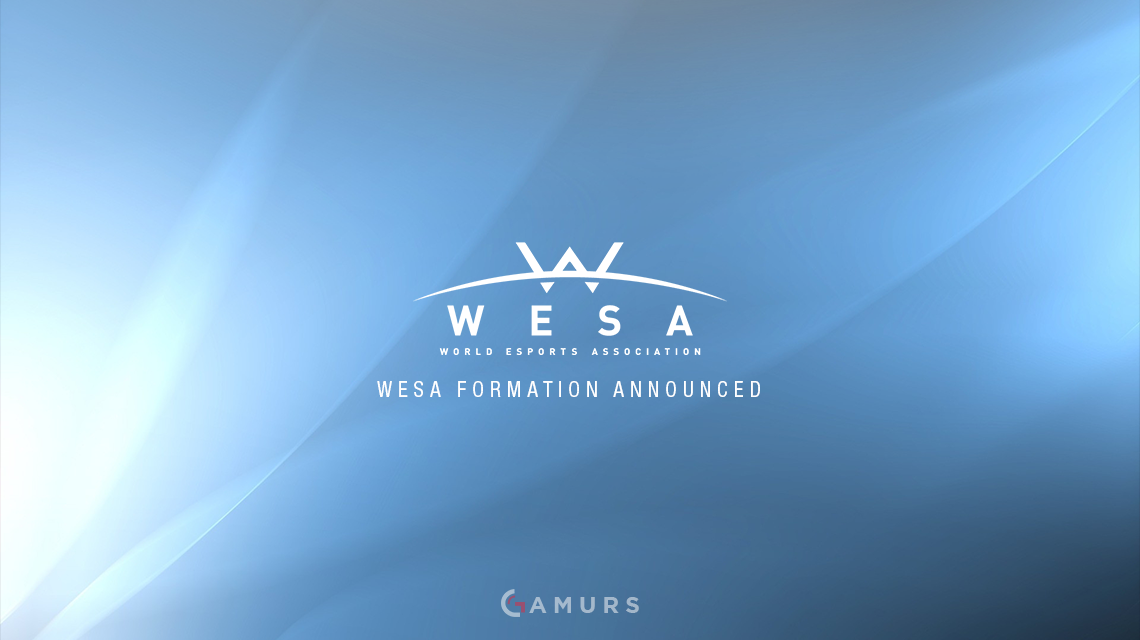 May 13, 2016 – Today we saw the official launch of WESA, a partnership of eight European esports team owners and Swedish Modern Times Group owned event organizer ESL. The World Esports Association awkwardly fumbled into the world. After the big announcement was spoiled, speculation ran wild about the emergence of a previously reported on exclusivity league. We saw WESA’s first words, “With regard to the speculation around WESA: it will not be an exclusive league but a body where teams and players have a significant voice.” Two days and a fired printer later with very few questions answered, WESA was born.

Stumbling out of the gates, we’ve seen published press releases, Q&A’s, and LA Times and IGN puff pieces detailing how they intend to “professionalize esports”. The PR spree started with ESL’s article, setting lofty goals such as “to bring much needed structure, predictable schedules, and transparency to the scene.” Sadly they declined to immediately provide copies of its bylaws and other founding documents to the LA Times. In the Reddit Q&A, we found out how players would be represented in an association with their employers when they boasted, “WESA will be the first organization in the history of esports that will feature a fully operational Player Council. This player-elected Council will be the link between the players and the WESA executive board, and – on behalf of all players – will have a say in decisions the organization makes.” When asked, no details would be given other than an unnamed ‘external arbitrators’ or ‘players council’ between players and their employers. We also learned its structure is an executive committee led by ESL executives and no one representing other leagues, players, or organizers.

Between the ESL paint and hypocritical statements, there were answers in Richard Lewis’ interview with ESL VP of pro gaming product and content, James Lampkin. When asked about the ESL heavy executive board, Lampkin stated, “So on the executive committee there are 5 members. Two from ESL, two team owners, and a commissioner. It was negotiated that way so that in the event of a decision we could not agree on, the commissioner would break the tie.” With this structure, it’s clear the non-ESL board seats need to be impartial or side with the teams. The format seems fair without looking into details. Two of the non-ESL board members are Hicham Chahine CEO of NiP and Tüylü Cengiz, CEO of mousesports. These both would seemingly oppose ESL to maximize their team’s opportunities outside of ESL. This is of course, until you read Scott “SirScoots” Smith’s Twitter. The host for many tournaments with a long esports industry history said, “So how much were the founding teams paid to join @WESAofficial[?] Are we going to get transparency here?” and continuing, “I am hearing $150k was paid to each team, if true, that is $1.2mil to the founding teams.” The conflict of interest of a team’s CEO working with one of its league owners is already substantial, but with money exchanging hands, there is no debate that WESA is ESL’s puppet.

Lampkin went on to state how WESA would function with other event organizers: “ESL has close working relationships with other leagues to balance and manage schedules, and we’re confident that many of rules and standards set by WESA will be adopted by other organizers.” Ensuring non-competitive scheduling requires no such organization and only fosters a monopoly of WESA friendly events. Any relationship between leagues would require transparency, but they’ve shown no interest in such a thought. His next statement is beyond logic: “WESA itself is absolutely open to governing other leagues if the opportunity arose in the same way it will govern ESL Pro League.” Given ESL owns the ESL Pro League, Lampkin is suggesting that WESA could govern over leagues if the opportunity, ESL’s ownership, existed for Turner and WME/IMG’s ELeague and Faceit’s independent and equity driven Esports Championship Series, too.

Lewis’ interview with Lampkin went on to detail no other event organizers or league owners would be a part of WESA: “So we think the right solution is to have ESL work with other organizers via WESA to balance schedules, but the fundamental structure of WESA doesn’t allow for more organizers to be members.” Supposedly, there is a bright side for other event organizers when he goes on, “It does allow for WESA to negotiate and we think that will allow for a better relationship because you have players and teams counterbalancing the ESL side and they are are typically in favor of participation in other events and leagues.”

With its current form, WESA brings the players, their teams and implicitly their sponsors (including gambling services), and ESL in official association with each other. The possibility of collusion with a respected member of the community, saying money already exchanging hands, should hopefully decimate this nascent organization. With such a large announcement, radio silence on Twitter from ESL’s broadcast team should tell you everything you need to hear. This organization can do nothing except use the #1 region in Counter Strike: Global Offensive as a bargaining chip for an ESL run team association. WESA’s only recourse is to angrily withhold some of their premium talent like Olofmeister, Scream, Taz, Niko, Happy, or Get_Right from other event organizers.

The historical significance of a blunder like ESL’s WESA will best be seen by how far it strays from addressing competitive integrity. Even today, documented instances of match fixing and cheating doping exist, yet we are left wanting for an organizational body to ensure industry stability and honesty. There are cries for organization when a player is mistreated financially or physically, an event falls apart, or when teams are punished in leagues without evidence. If and when an effective organization of event organizers, team orgs, and players is formed its purposes will be focused around the best gameplay possible while making concessions for business.

The center of an esports’ attraction is its gameplay and the people who make it happen. Players, casters, production, sponsors, and a handful of business people stitching it together. WESA is a hired gun, two ESL company men, and two greased palms claiming to be “a real game changer”. Clearly, they’re playing the wrong game.


6:25 EST Update: According to ESL VP Lampkin in the Richard Lewis interview there were discussions of WESA between different event organizers, “Through the long negotiation process there were a few attempts by both ESL and other organizers to include each other, to start new brands etc, but most organizers realized that the dynamic between the teams and the dynamic between the leagues are quite different.” Other organizations such as CEVO, Gfinity, and MLG have publicly stepped forward and said that this is untrue. Other similar contradictory messages from ESL/WESA can be found on their social media.

7:15 Update: Starladder was also not contacted.

9:02 Update: Lampkin has written 6000 words about how CEVO, Gfinity, and MLG weren’t part of industry-wide discussions. He says he will discuss things with @LycanGTV only to have ‘scheduling differences’ 30 minutes later. It goes without saying that ESL, like any company, is scared of public backlash and retreating on social media is their current best option.

In reply to Lampkin’s second tweet, MLG PR director and beloved point man for the MLG Columbus 2016 Major pressed the ESL VP for answers on the issues. I would like to note that when ESL suffered a leak about WESA, they responded with messages in 5 different places about how exclusivity is not an issue. When MLG suffered a leak, @MrAdamAp and I joked about PR 101.