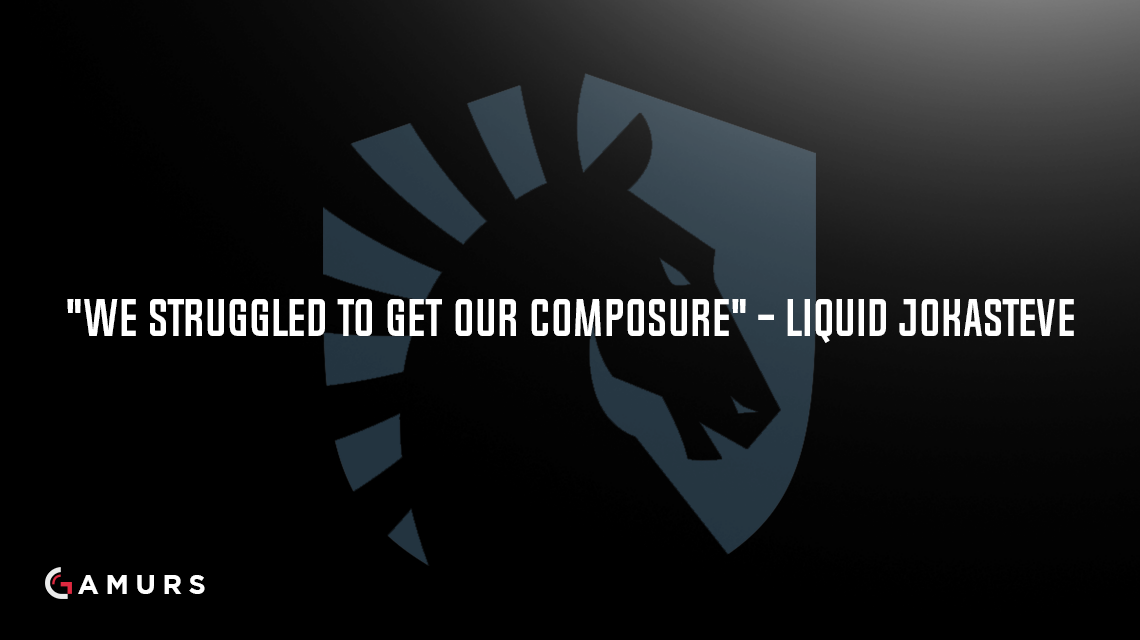 You guys played a full five game group stage, with the most rounds played bar none. What would you say the mentality was in the Liquid camp from game to game during the group stages?

Jokasteve: “I definitely think we struggled quite a bit to get our composure during the later days. I was concerned that if we didn’t get our footing early on in a match it would kind of snowball. It’s no secret that we have a lot of skill in our lineup, but we need a stronger mentality and often count ourselves out. This groupstage is a little unfortunate, but there’s nobody we can blame other than ourselves. We needed to make the most out of our opportunities but weren’t able to do that here.”

One of the big moves you guys made to your roster was bringing in zews as a coach. How would you say zews affected this in-game mentality? It looked like he had a lot of enthusiasm coaching behind them.
Jokasteve: “I’ve honestly been blown away by what zews has done so far. I’ve done a lot of work in League of Legends and Overwatch, but I’ve never seen a coach that contributes to a discussion and talks to players like he does; he pumps people up, gives them the right ideas. He’s been amazing. The unfortunate thing is that he’s only been able to work with our team for 12 days because of the holidays and nitr0’s wedding and honeymoon, so we had a very short bootcamp. But in that time, he’s been amazing and I can’t wait to work with him going forward.”

What did you think of Liquid’s performance at the major? Let us know your thoughts in the comments below or tweet us @GAMURScom.