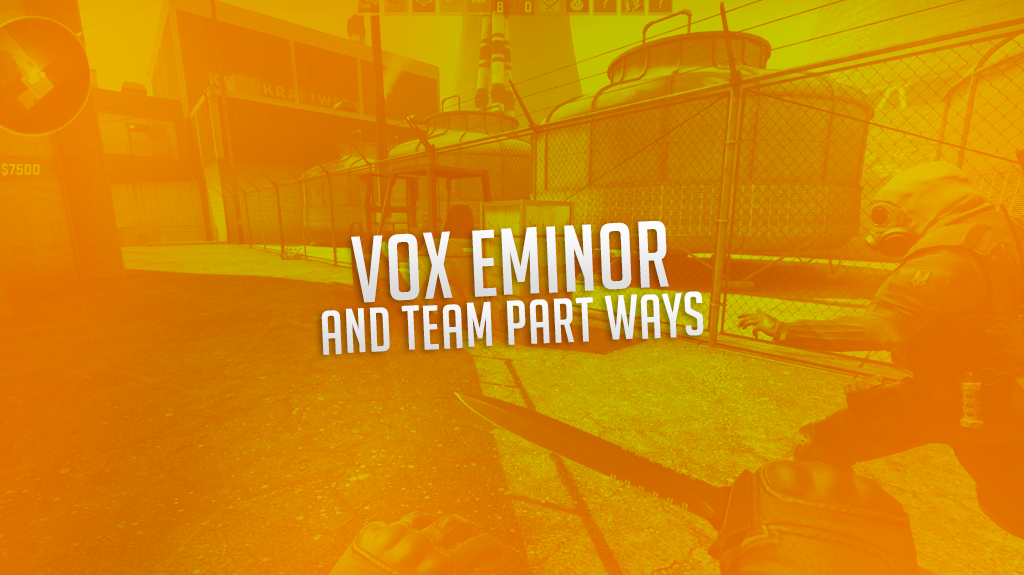 The rising stars from Australia, Luke “Havoc” Paton, Chad “SPUNJ” Burchill, Justin “jks” Savage, Aaron “AZR” Ward and Yaman “Yam” Ergenekon, have been creating a great name for themselves, especially over most recent times. Although they were eliminated early in both events, the Vox Eminor side attended two Major International Events, ESL One Cologne 2014 and ESL Katowice.

With that being said, at one of the latest tournaments in Europe, the Gfinity Spring Masters II, the Australians showed the world what they could offer as they defeated Liquid Pro and tied their match with Swedish giants, Fnatic.

Although there has been a split from the organisation and the team, the players have decided to stick together and will be competing at the Electronic Sports World Cup CS:GO Finals 2015 in Montreal, Canada under the name of Legion.

Further details are yet to be released on which organisation the team will be joining.

You can find the official statement from Vox Eminor here.

Stay up-to-date with all Counter-Strike: Global Offensive news over at our Twitter – @ESNCS.