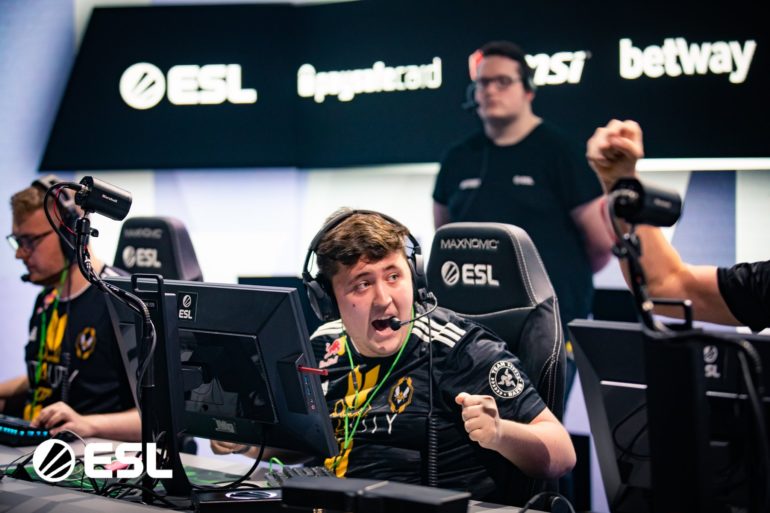 Vitality are the first finalist at ESL One Cologne after defeating Astralis 2-1 today. The French team will play against Natus Vincere or Team Liquid tomorrow.

The semifinal started out on Dust II, which was Vitality’s map pick. The French dominated it from the beginning—Alex McMeekin’s tactics demolished Astralis’ defense. The Danes couldn’t win more than one round in a row and Vitality built a huge 11-4 advantage moving to the CT-side.

Astralis didn’t play much better on the T-side, even though they won three rounds in a row. But their mindset was undoubtedly shattered by Dan “apEX” Madesclaire’s quad kill while flanking. Vitality eventually won the game 16-8.

Astralis obviously picked Inferno, their best map at the moment. It looked like they’d win the first pistol round, but apEX bought enough time to stall the defuse, assuring the point for Vitality and a one-vs-three clutch. The entry fragger bailed out Vitality again when he won a one-vs-two clutch in the following round. Astralis certainly were playing better than they did on Dust II and would’ve got more than an 8-7 lead if it wasn’t for Vitality’s clutches.

The Danes went up 12-7 and almost finished the game until Cédric “RpK” Guipouy pulled out a miraculous one-vs-three clutch. Astralis couldn’t close out the game despite having five map points and allowed Vitality to come back and force overtime with all the momentum.

Vitality won two rounds in the first half of overtime and tried a fast play to the A bombsite, but they were crushed by Nicolai “device” Reedtz’s AWP—he got an ace. Vitality could’ve eliminated Astralis after Mathieu “ZywOo” Herbaut got a double entry-kill on the B bombsite, but Astralis managed to retake and force double overtime.

The momentum shifted again to the Danes and Astralis finished out on top, waking up their fans in the Lanxess Arena. They couldn’t have done it if device hadn’t stepped up a bit in the last rounds, combined with Xyp9x, who had 36 kills. Astralis won Inferno 22-19.

The final map was Overpass, one that both teams play well. Despite winning the first pistol and the following rounds, Astralis couldn’t do much on the CT-side. Alex continued to call good tactics and everybody was contributing in the fragging department. Vitality led 8-7 after the first round.

Vitality won the second pistol and the following round, but lost the third. The French played well as soon as they had a good economy that provided grenades and the AWP in the hands of ZywOo. Nathan “NBK-” Schmitt and Zywoo were defending the A bombsite and no matter what Astralis tried, they were getting stomped. Vitality had no difficulties and closed out the series 16-9 to move to the grand finals.

In the end, the better team of the day won. Vitality made it to the grand finals the hard way after having to climb from the lower bracket at the beginning of the tournament. Astralis didn’t play bad, but it seems like they don’t have the necessary mental advantage anymore, which was a huge asset for them during their dominance in 2018 and early 2019. The Danes haven’t won a tournament since BLAST Pro Series São Paulo in March.

Vitality will play their second major grand final tomorrow against the winner of Team Liquid vs. Natus Vincere at 9am CT.