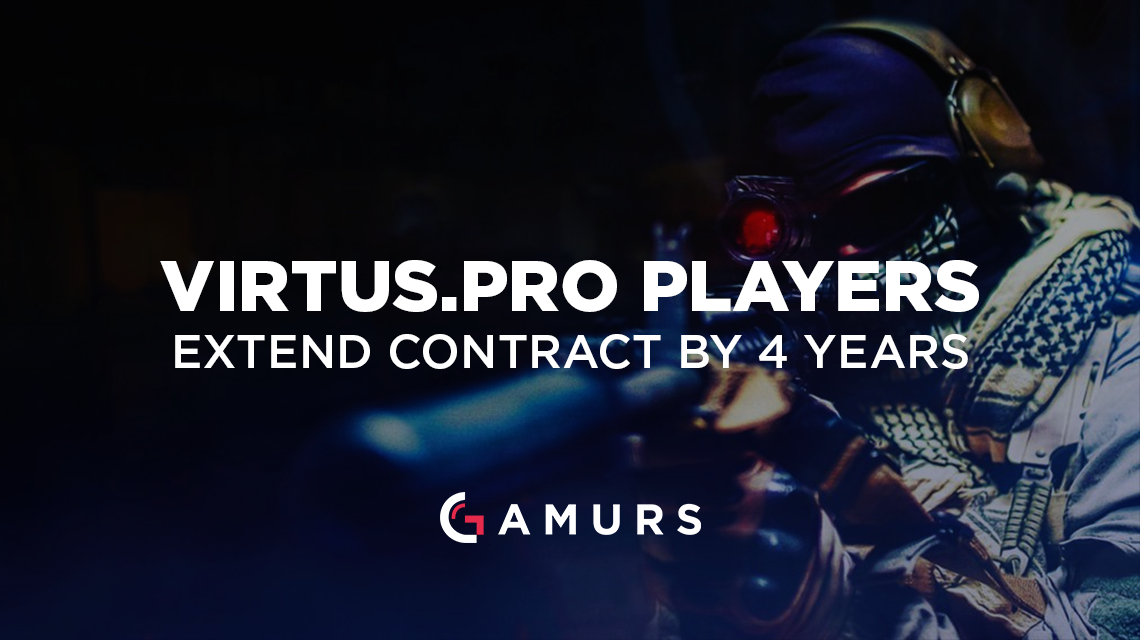 The Virtus.pro Counter-Strike: Global Offensive team has had the same roster since 2014, making them one of the oldest rosters to consistently stick with the same organization.

This trend will continue, as the organization announced today on their Facebook page that the roster renewed their four year contract on Dec. 17 of this year, making it “the largest agreement between players and organization in the history of esports in terms of both duration and total contract value.”

Roman Dvoryankin, Virtus.pro’s General Manager, had the following to say about the event:

“I am very glad to announce that our CS:GO roster has signed a new groundbreaking agreement with the organization. For the next four years, the best team in the world will continue playing for our organization, and I am sure we are going to have a lot of victories and pleasant moments, as well as a lot of work to do. I would like to thank the guys for their professional approach to the negotiations. I admit they were quite difficult, but in the end, we managed to reach a win-win solution. This kind of agreements are yet another step towards implementing more understandable, I would even say civilized, esports rules. Organizations and players work together for their fans. It is especially pleasant to us that the legendary players from the well-known ‘Golden Five’ and their younger partners will keep playing for Virtus.pro until the end of 2020.”

What are your thoughts on these contracts? Let us know by commenting below or tweeting us @GAMURScom.