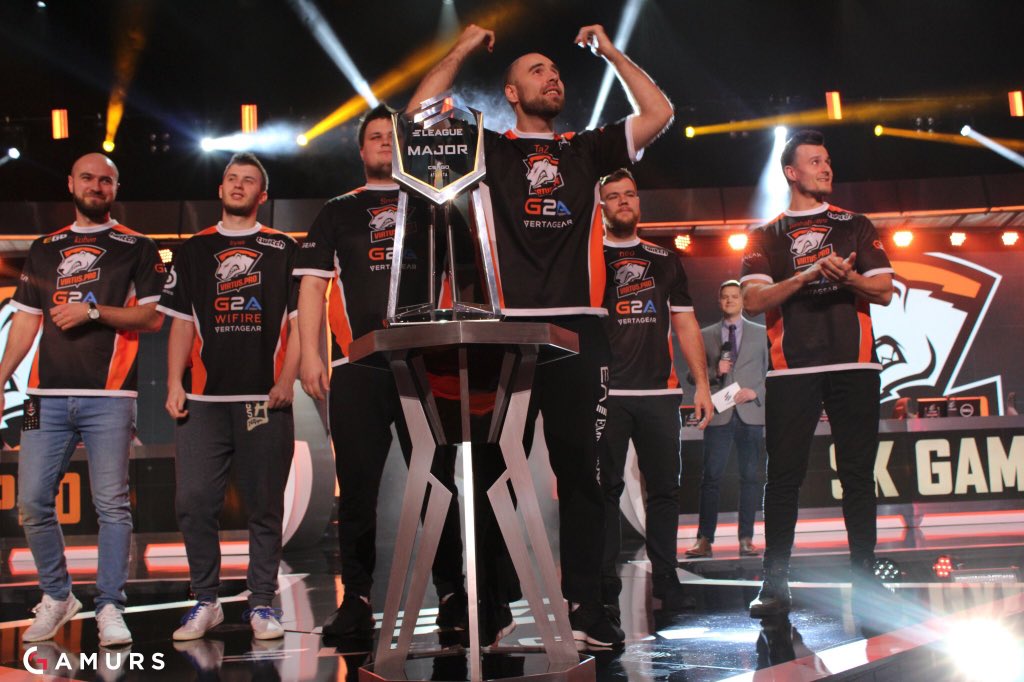 The final semifinal of the ELEAGUE Major saw two-time major champions SK Gaming taking on the legendary roster of Virtus.Pro once again.

The map veto between the two teams went as follows (courtesy of HLTV.org):

A very patient pistol round from SK was rewarded by clean A site take, only dropping fer before polishing off the round. A quick 3-0 lead for SK brought about the first gun round, where four kills from TaZ denied access to the B bombsite and gave Virtus.Pro its first round. SK faired no better going A next round, as Snax dominated them with the AWP, grabbing three frags for himself to force SK onto an eco. This resulted in seven round wins in a row for Virtus.Pro, with SK picking up only one in reply to break VP’s streak before losing another three rounds. The final round of the half also went SK’s way, despite their lack of weapons.

The second pistol round saw Virtus.Pro holding for pushes before finally executing a B take. Virtus.Pro gained a lot of ground on the inner site, but SK fought back. A smoke and a kit from SK denied the molotov that Snax threw, and SK cliched the second pistol round of the match. A third round buy from Virtus.Pro was a success, and left SK with less-than ideal weaponry in the following round. Despite SK’s lack of firepower, pasha was forced to save by FalleN, who laid waste to Virtus.Pro with two deagle headshots and a rifle kill. Pasha’s save made an incredible impact in the following round, as he picked up two entry kills with the AWP to grab VP their second round of the half. SK refused to back down, forcing up once again to grab three rounds of their own until VP claimed one for themselves. As the story of the match seemed to go, Virtus.Pro suffered yet another reset, which meant that SK finally took the lead for the first time since their initial three rounds. Virtus.Pro answered back with an execute on their following two rounds, but a three-kill round from fox took us to overtime.

A flurry of trades on the A bombsite seemed to give VP the advantage, but two quick refrags left NEO in a one-on-two – a situation which he displayed his prowess on, as he dispatched both of SK’s players to grant Virtus.Pro the first round of overtime. SK dominantly won the following two rounds to end the half 17-16 – just two rounds away from closing out the map. In classic Virtus.Pro fashion, the plow turned on right when they were on the cusp of losing the map – they swung the momentum in their favor to destroy SK for three rounds in a row, closing out the map 19-17.

SK – clearly not wanting to tarnish their reputation with pistols – picked up their third pistol round of the series to give them the economical advantage on Cobble. Virtus.Pro made their ensuing force buy competitive, but were unable to close the round out. SK rose up to a 5-0 lead before two rounds from Virtus.Pro broke their economy. After an eco round, SK helped themselves to another round, as FalleN picked up four rifle kills for himself. SK struggled to chain rounds together, however, as Virtus.Pro answered back promptly with three rounds of their own. Great things come in threes it seems, as SK picked up the final three rounds of the half courtesy of three-kill rounds from fox, TACO and coldzera.

SK’s pistol round streak was finally ended by a dominant CT side pistol round from Virtus.Pro. The Poles responded to SK’s five round CT streak with one of their own, and SK reciprocated with only a single round of their own before suffering from a reset. This reset allowed Virtus.Pro to take over the game until they were just one point away from match point, when SK won two rounds and it seemed like a comeback was on the horizon. VP quickly shut down these hopes by crushing SK’s A push, granting them match point and increasing the pressure on SK. FalleN and company fought back valiantly to 14 rounds, but a flank from Snax had Virtus.Pro stacking B on the 30th round to take the series win over SK.

Virtus.Pro moves on to face Astralis in the finals on Sunday at 10 EST.

Did you expect Virtus.Pro to win? Can they beat Astralis? Let us know your thoughts in the comments below or tweet us @GAMURScom.