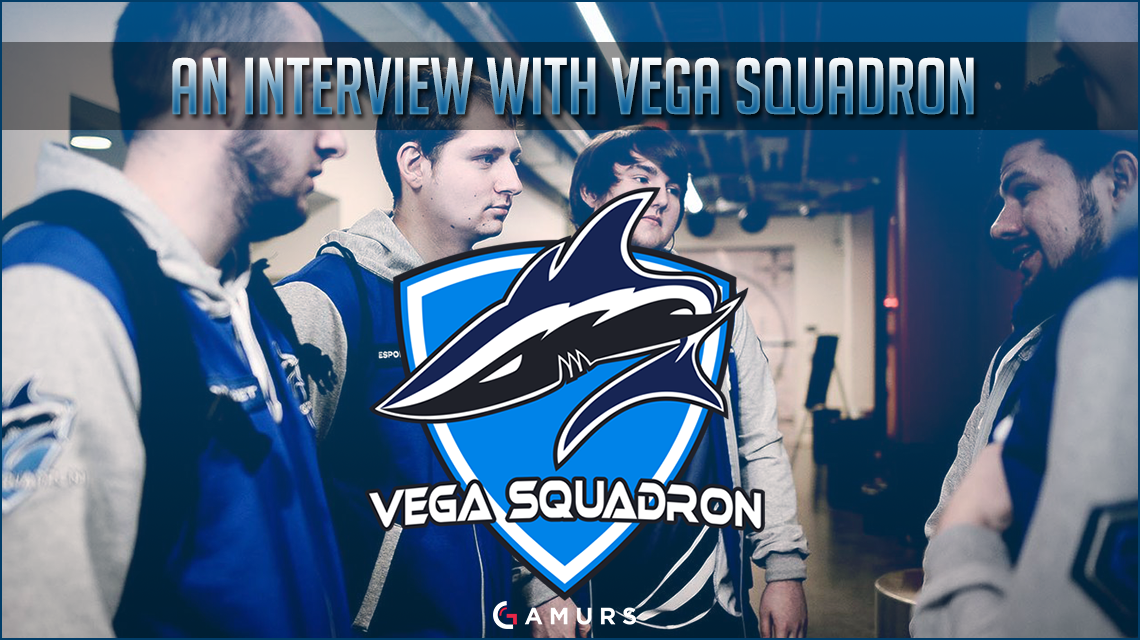 At DreamHack Leipzig ASTRO Open, Connor Bradley and I were fortunate enough to be able to talk with both Vega Squadron’s manager, Alexander “Lk-” Lemeshev, and one of their players, Sergey “keshandr” Nikishin. Lk- was able to translate the replies that keshandr had for us, which we were very grateful for and would like to thank him for that. Without further ado, here is what the Vega guys had to say us.

*Note: We conducted this interview before Vega Squadron’s first match against Rogue, hence why some of the answers may not be fully up to date.

You guys come into DreamHack Leipzig as somewhat of an unknown entity, known largely for your win over NiP at the ELEAGUE Major Qualifier. Do you think you can replicate the success you found at ELEAGUE and do you feel you can get out of your group?

keshandr: “We don’t usually look at the opponent we play so, in ELEAGUE, it didn’t matter for us what teams we played. When we got CLG as the first opponent, it wasn’t a relief for us. Coming into the tournament, we’re just confident in ourselves and we want to play our own game so it doesn’t really matter for us what team we’re facing. We always try to make our opponents adjust to us, not the opposite way around.”

During your ELEAGUE performance, chopper and mir stood out as the star players on the team and we wanted to know each of the roles on your team?

“There are no particular roles on the team itself, it depends on the map and it depends on the match we’re playing. Everyone just tries to adjust to their teammates so we just want the team to play, not particular players, but the team itself. Everyone tries to adjust to their teammate, and like you said, mir and chopper went nuts in ELEAGUE, which is just a matter of how the team plays. Some players can die for them, trade some health, and the other guy will come and kill the enemy. It’s still important that all the guys are doing their role and we are playing like a team.”

The topic of over-saturation has been big recently, with all tournaments involving the same kind of Tier 1 teams. Do you think events like Leipzig, exposing smaller teams like yourself, is the future of CS?

“If you look at the whole scene and over-saturation by the tournaments, you can divide these tournaments by the tier of the teams attending. Tournaments like Leipzig and some other smaller tournaments, it gives a chance for smaller teams, like us, and all the guys that are playing here to get some experience and try to adjust to teams they are playing here. Later, they go to bigger events and can show themselves there. It’s good that we have a lot of tournaments and the teams can just choose where they want to go. As for this tournament, none of the big teams could attend the tournament because of the upcoming major and the tournament in China. But, for example, FlipSid3 came here to just have some practice before the major, which is their choice. This is matter of how teams see their preparation for the big tournaments. As for us, and all of the teams attending Leipzig, I think it’s a great chance to show themselves and get some experience and confidence.”

“So, after the ELEAGUE Qualifier, we entered the top-30 by the ratings on HLTV.org. But we can’t just look up to the ratings and judge teams by ratings, you have to go step-by-step. Visiting smaller tournaments and getting experience, you can move step-by-step and get to your goal. It doesn’t matter what place you are expecting to be at in the top-10 or something, it’s just a matter of the team acting as a team, and it will come. It can take some time, but you can see the example of Virtus.pro, they are like 30 or something, but are still playing and winning. There is no time when you should stop playing, you can just play and see where it goes.”

Correct me if I’m wrong, but according to HLTV.org, Vega Squadron are yet to play Train, Nuke or Cobblestone in a match. If this is the case, how have you avoided playing some of the more popular maps, especially among the Tier 1 teams?

“You’re right, the statistic is correct. The thing is, we don’t have that many official matches played and because different tournaments use different veto systems, and I think that is wrong because we should just come to one rulebook that will be used, [the statistic] is just a matter of the amount of matches we’ve played and we just aren’t playing some of those maps; it happened by chance that we didn’t play them. Coming to later events, we might play some of those maps, but it just happened because we sometimes get the chance to remove two maps, so it’s a matter of the match and your opponent. If we get a chance to leave those maps without playing them we do it, but we’re expanding our map pool so you might see us playing those maps as well.”

We’d like to thank both keshandr and Lk- for taking the time during the event to speak with us. We greatly appreciate the translating that Lk- helped us with and would like to wish their team the very best in the future.

Were you surprised at how strong Vega Squadron looked at DreamHack ASTRO Open Leipzig? Let us know by commenting below or tweeting us @GAMURScom.

The author, Cam “clootch” Brierley, can be contacted on Twitter @clootch_cs or by emailing [email protected].