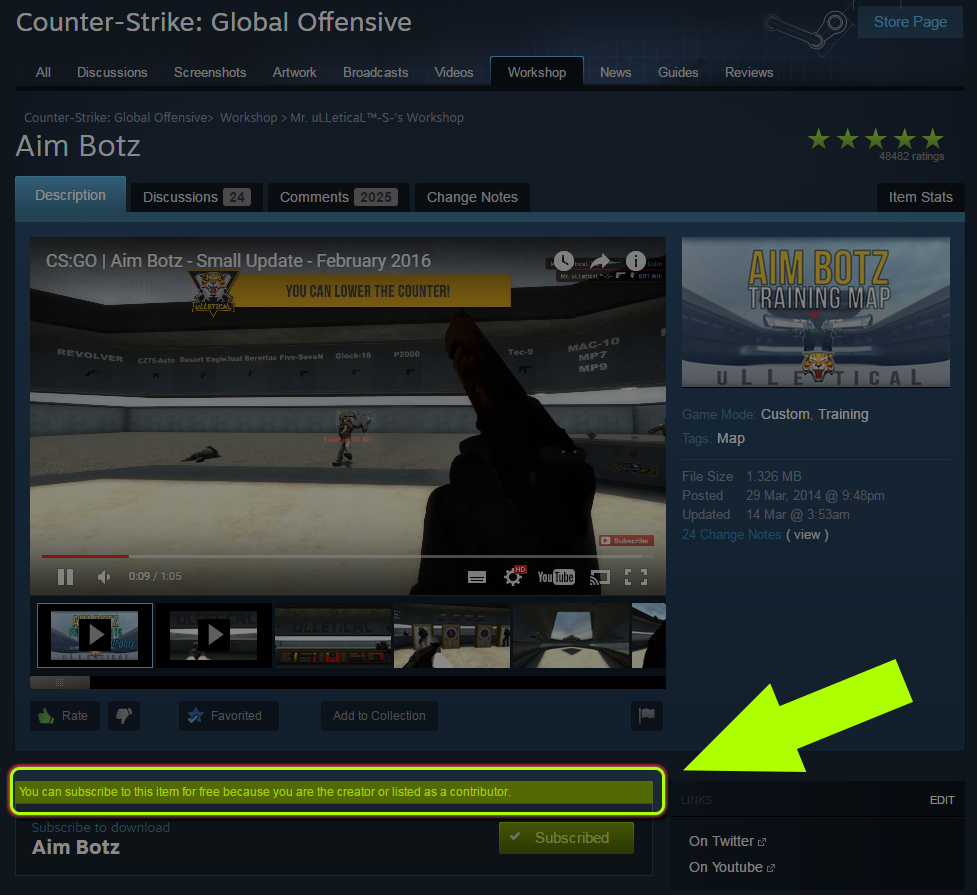 After the failedattempt by Valve almost exactly a year ago to add a payment featureto the Skyrim Workshop it appears that they are giving it anothertry.

The evidence came to light when one of the bigger Workshopcontributors uLLeticaL posted a picture on Reddit. In the picture you can notice the text “You can subscribe tothis item for free because you are the creator or listed as acontributor.” Clearly implying that Workshop contributorswill be able to put a price on their content. Crashz, another bigcontributor to the Counter Strike Global Offensive Workshopconfirmed the fact that Valve is adding the new option to itsWorkshop.

When Valve first added such function to the Skyrim workshop thecommunity responded poorly and a petition was started resulting inthe cancellation ofthe payment feature within less than a week. Valve notably statedpreviously that they wanted to apply the very same system to a fewother games, including Counter Strike and Dota.  Wherever theyhave revamped the payment feature for the Workshop or are justgiving it another try remains to be seen. This combined with thefact that it is exactly a year ago seems to provide a strong casefor the feature to be true and we might see it implemented soonerthan expected.

We understand our own game’s communities pretty well, butstepping into an established, years old modding community in Skyrimwas probably not the right place to start iterating. We think thismade us miss the mark pretty badly, even though we believe there’sa useful feature somewhere here.

One thing that is for sure is that Valve would be taking a bigrisk here, as it might be arguable wherever the majority of contentwould be worth paying for and the threat of people creatingfree alternatives of popular paid content. On the other hand theCounter Strike community has shown to be fine withmicrotransactions which the community has proven, with gamersspending big cash on virtual cosmetics for their weapons. Itappears that the update will include multiple games but nothing isofficial just yet. At this time Valve has not responded on thematter but we can expect the update to go live soon.