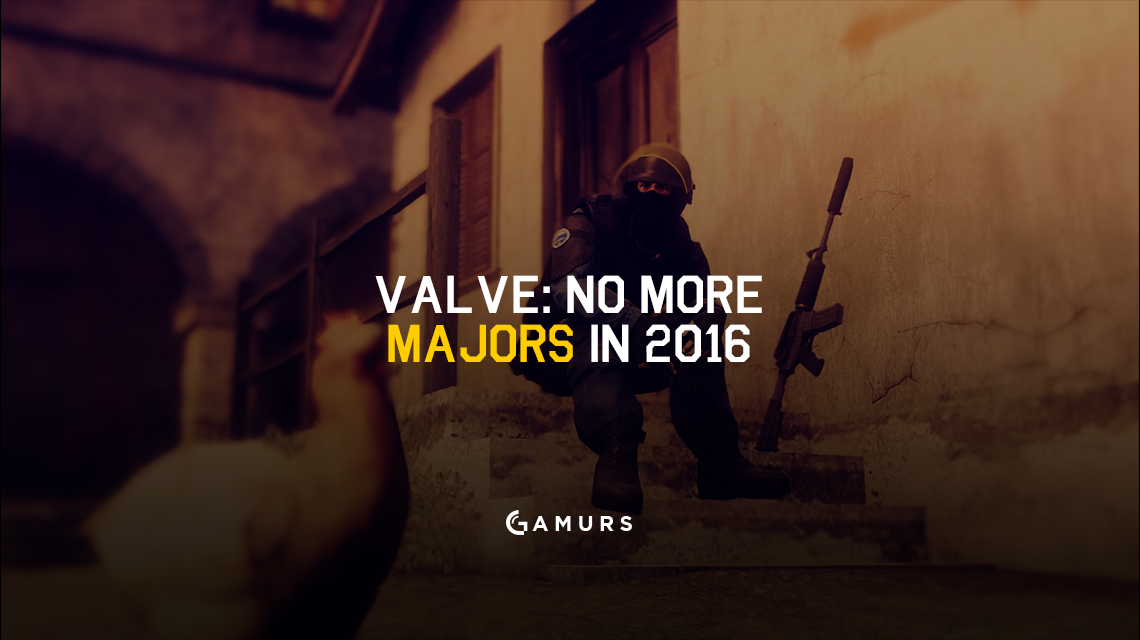 Valve recently confirmed with hltv.org that the next CS:GO major will hopefully take place in January of 2017. This is the first time the Counter-Strike scene has not had three majors in a single year. In 2016, the only majors to have taken place were MLG Columbus and ESL Cologne. Coincidentally, the SK Gaming roster (formerly of Luminosity Gaming) was the only team to win a major this year. 2016 was the year of The Brazilian Quintet: Gabriel “FalleN” Toledo, Marcelo “coldzera” David, Lincoln “fnx” Lau, Epitacio “TACO” Pessoa and Fernando “fer” Alvarenga.

In the meantime, what does this entail for your prescribed dose of hype-rich Counter-Strike? Luckily, I’ve created an outline with all of the major leagues and events that will help you survive the year.

Now it’s time to speculate why Valve has officiated one less major for its fans this year. This move could have had more strategic intentions dealing with the business aspects of their game. Is it time to hit the panic alarm for the CS:GO esports scene? Could it be because of the recent gambling scandal involving CSGOLotto.com? There is the possibility of Valve focusing more of their time on ridding themselves of the lawsuit that involved gambling. The lawsuit also substantially affected other sites that helped generate viewership for the game (specifically, CSGOLounge.com) because of Valve’s new Terms of Service regarding automated trading bots. CS:GO skin betting was an incredibly large industry within the Counter-Strike industry itself, and it may have a huge impact on the viewership for future events. Could Valve be thinking of a way to save their beloved first-person shooter from being lost in esports oblivion? Who knows, they could be working on a redesigned Inferno map, a new Source 2 engine, an impressively expansive new anti-cheat to eliminate hackers, or a release of the highly anticipated Half-Life 3. Only time will tell. The only thing that can be absolutely certain is that the hype will build up amongst the fan-base to see which team will gain the skill and the strength to dethrone The Brazilian Quintet.