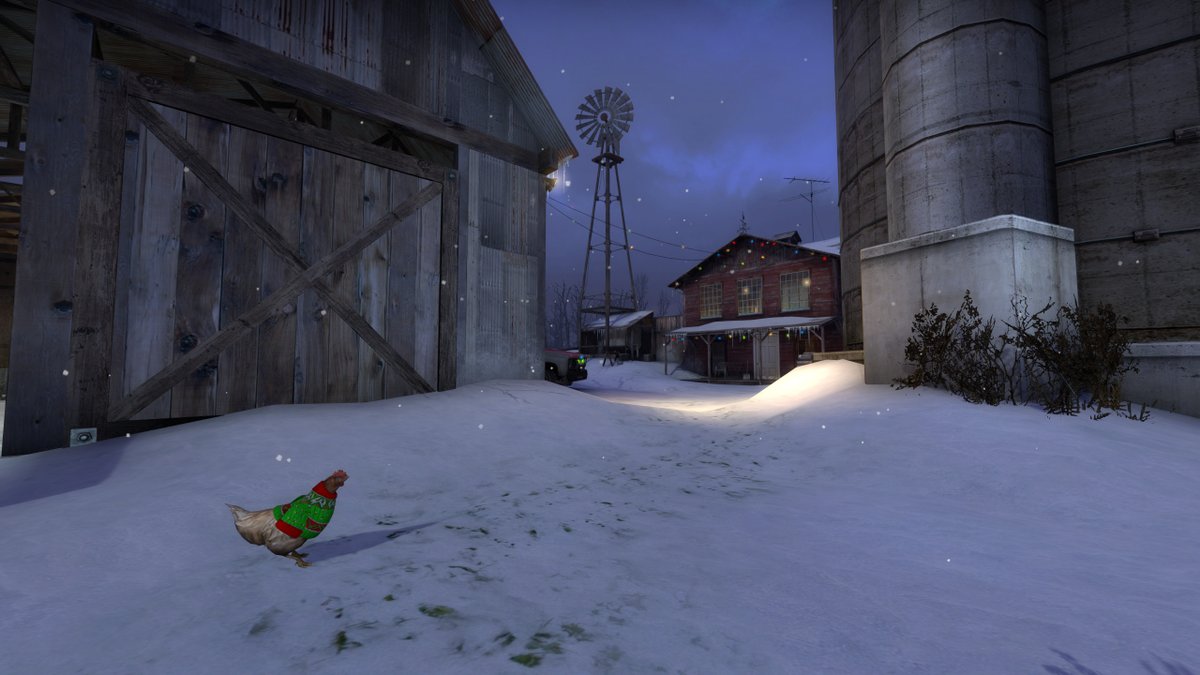 It’s time to celebrate the winter season of CS:GO with some snowball fights, jolly lights, and a new veteran coin.

Tonight’s update introduced a brand-new coin to the game—the 10 Year Veteran Coin. The cosmetic is an exclusive item for players who’ve been a part of the Counter-Strike community for over 10 years, commemorating their dedication to one of the world’s best first-person shooters.

To receive a 10 Year Veteran Coin, you must own a Steam account that’s owned a Counter-Strike game for more than 10 years and played the game at least once. Your account must also be in good standing, and then you’ll be awarded the beloved coin the next time you start up CS:GO.

In addition to the new coin, game developer Valve added holiday cheer to the game. Players can now throw snowballs in every single mode in the game except Danger Zone (battle royale), Wingman, and competitive matchmaking. Chickens also have their usual festive sweaters, and celebratory borders are back in death cams as well to commemorate the holiday season.

Most importantly, Militia is back in the game in its very own festive version, similar to how Cobblestone had its own Halloween version in October. Militia can only be played in Casual and Deathmatch.