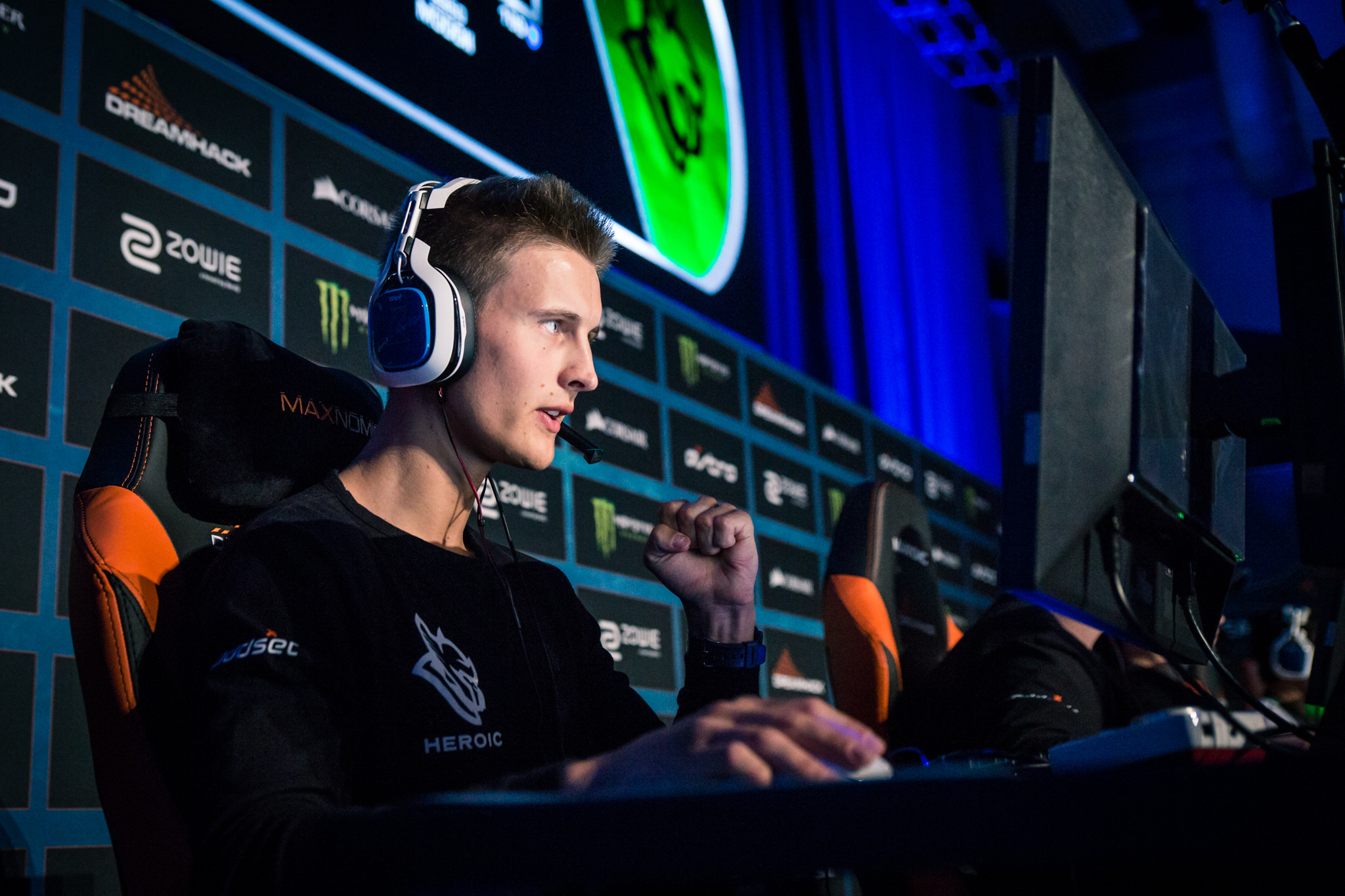 One of Denmark’s top Counter-Strike: Global Offensive teams has undergone a roster change ahead of the upcoming closed qualifier for ESL One Cologne.

Heroic, who were eliminated in ninth place in the recent closed qualifiers for the European Minor, has benched founding member Valdemar “valde” Bjørn Vangså. The team, which is in the middle of competing in the closed qualifiers for ESL One Cologne, will instead be playing with Casper “cadiaN” Møller. CadiaN was most recently seen competing with the Swedish Epsilon roster as a stand-in.

The decision to bench the player appears to have been orchestrated by the team’s coach Henrik “FeTiSh” Christensen, who revealed the news via a tweet on May 21. Despite having a short time to prepare for their match against BIG in the qualifiers for ESL One Cologne, Heroic were able to defeat the German squad in two straight maps. Heroic will now be facing Team Dignitas in the semifinals.

The move comes two days after Heroic were unable to secure a spot at the European Minor qualifiers for the upcoming PGL Kraków Major. Playing in the European closed qualifiers, the team narrowly missed out on qualifying for the Minor after losing to Outlaws, iGame.com, and Fnatic Academy.

The result was surprising, as Heroic had been steadily improving throughout 2016, and reached multiple top four finishes at international LAN events in 2017.

This is the second roster move Heroic has undergone in 2017, as the team removed founding member Michael “Friis” Jørgensen on Feb. 27 in favor of up-and-coming AWPer Jakob “JuGi” Hansen.

Heroic will be facing Dignitas in the European qualifiers for ESL One Cologne at 11am CT.