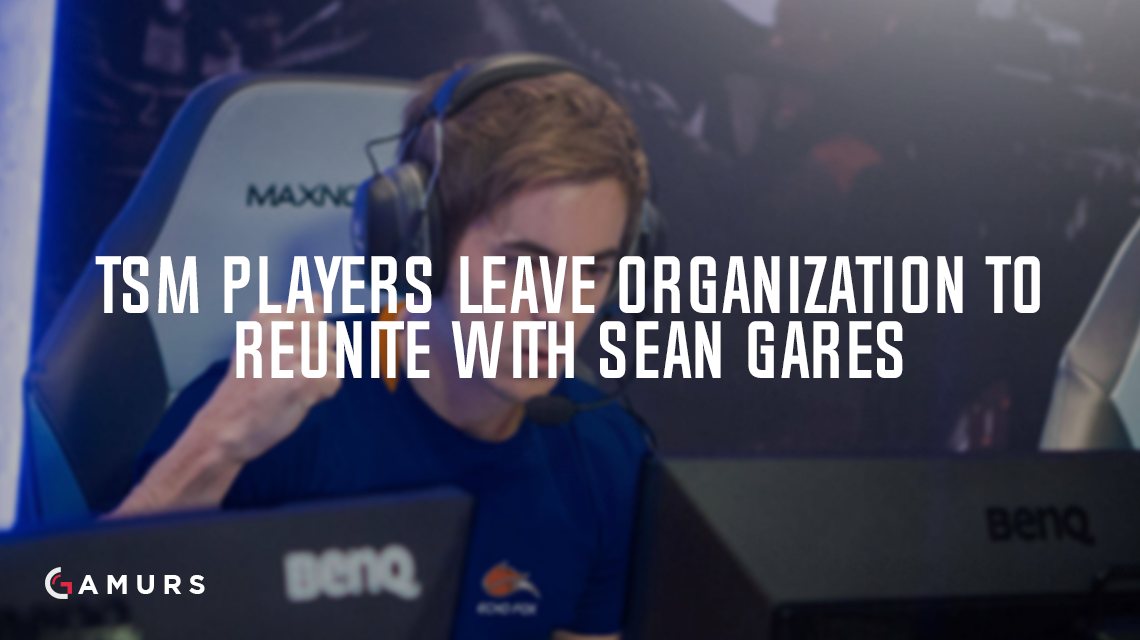 The players of Team SoloMid have decided to part ways with the organization to rejoin their former teammate Sean “[email protected]” Gares. Russel “Twistzz” David Van Dulken, Shahzeb “ShahZaM” Khan, Skyler “Relyks” Weaver, and Hunter “SicK” Mims collectively made the decision after their healthy relationship with TSM faded away during the Sean Gares/PEA controversy. In a press announcement, TSM stated the four players had an “explicit desire to continue playing together with sgares.”

We are extremely disappointed that we were unable to keep the squad together underneath the TSM banner. Nonetheless, there are no grudges held over the result and we wish them all the best of luck in their continuing careers. -Team SoloMid

With this news coming into the spotlight, it’s important to note that the former TSM squad will retain their slot in the ESL Pro League for their new organization. There is much speculation buzzing that the roster’s new organization could be Team Dignitas, as they released their top-tier Danish roster since they prefer to have a North American team. Dignitas’s statement on the matter can be found here.

What do you think of the players’ decision to leave TSM? Tell us your thoughts below or with a tweet @GAMURScom.