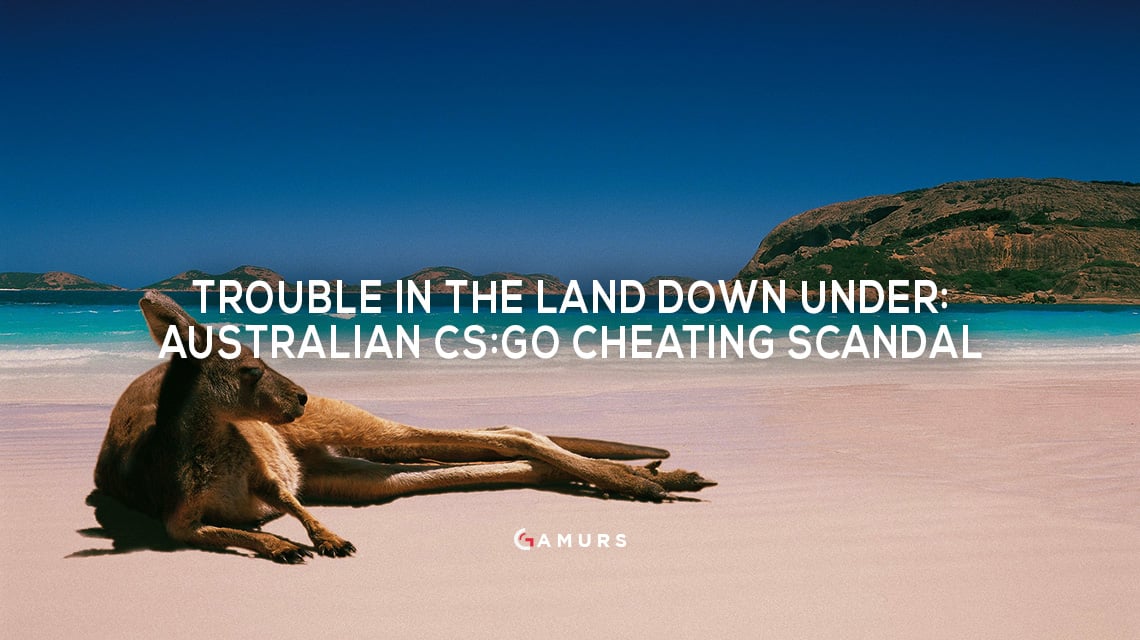 Over the course of the last two days via social media, a series of Skype logs, screenshots and other information sources has been made public, primarily implicating Australian semi-pro Krzysztof “Jamba“ P. and teammates in a cheating scandal.

Several screenshots show Jamba on multiple occasions, over both known cheat forums and Skype from mid-2015 to the start of 2017, asking for a variety of private hacks. It should be stated that as of yet, there is no hard evidence that directly shows Jamba ever using these private hacks in official matches. However, the information made public heavily implies that his intention was to do so.

As can be seen in the images hyperlinked here, Jamba regularly brings up the issue of any cheats working past EAC (EasyAntiCheat). EAC is one of the main anti-cheats used in Australian online CS, used in every CyberGamer match (Australia’s main CS:GO hub). The images also show Jamba wanting to work around other third-party anti-cheats, like ESLWire and MOSS.

The information was obtained via the ESEA client compromise. Following the compromise, anonymous person(s) used leakedsource.com to learn Jamba’s email, and then following that, his main password gave way to a secondary email that allowed almost complete access to all of his sensitive data. Through these public screenshots, which show the leakedsource.com information and anonymous sources, it has been confirmed that all of the information is legitimate.

Elements of the leaked information mentions “a whole team” and expanding “a private cheat with limited slots to like 20-30 people.” It is not clear how many, if any, more teammates or acquaintances of Jamba used cheats. However, a conversation (transcript) between one of Jamba’s teammates – Flaw – and an unknown voice was overheard on Chelleos’s stream (another teammate of Jamba), discussing a well-known Asian cheat called “Big Cow” and how the Asian pug service they were playing on blocks this cheat from working. This “Big Cow” news was being read from the same cheating website Jamba mainly used. This by no means implicates Flaw as a cheater, but it does not help his case either.

This is not the first time Jamba, Flaw and company have been tied to cheating allegations. Their teams, both former and present, CommaQuestionMark (CQM), StackedLikePancakes (SLP), and DaBraddaz, have all had their share of criticism from community members. Former teammate Setzer was disqualified from CyberGamer community games following cheating allegations at an ODC (One Day Competition), only to be unbanned days later due to a lack of evidence and a well-detailed post explaining what happened. Jamba also allegedly cheated at both the ELEAGUE Oceania Online Qualifier, where he dropped 82 kills in a massively extended overtime game, and more publicly after the ZEN Invitational Online Qualifier, where his team beat four of Australia’s top pro teams.

Jamba has received a global ban on CyberGamer for the information that just came out.

One of Jamba’s teammates, Gouche, had this to say about the situation and allegations: “I am not trying to defend Jamba’s actions and intent, merely trying to defend our team, especially in regards to the fact we had 0 suspicion. We never thought he was cheating in the time we played with each other, and he never relayed any sort of information to us mid-game.”

A link to the full timeline of events using all public information available can be found here. We will be sure to update this article if anymore information is released regarding this situation.

Edit 11/1: EAC was not used in the ZEN Online Qualifier, ESEA used their standard online anti-cheat for this tournament.

Edit 11/1: The “Big Cow” talk was largely in reference to the Asian Pug Service Chelleos was using on stream, not an upcoming tournament as originally thought.

Edit 11/1: Setzzer was disqualified from a community ODC, not official games.

Written by Australian CS:GO journalist Max Melit – who can be found on Twitter @max_melit or via email [email protected].