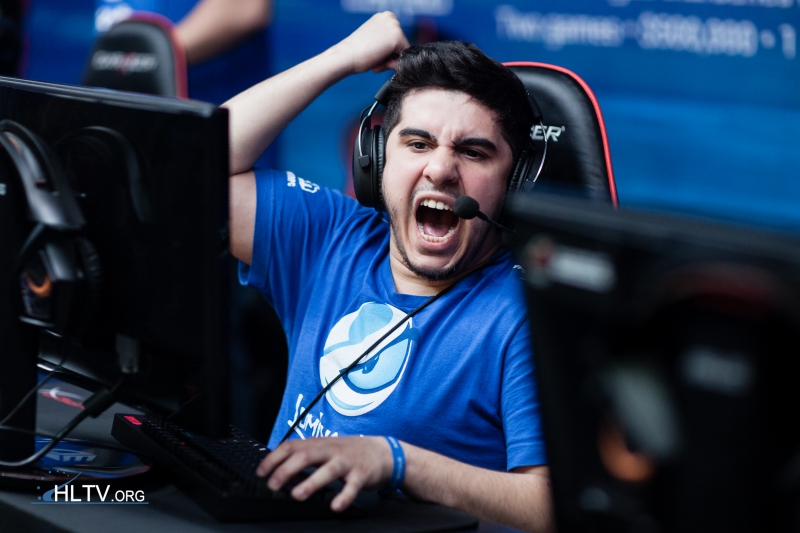 Since the beginning of Counter-Strike itself, the question of “Who are the best players in the game?” has always been a hotly debated topic, one with no real correct answer. This is an article presenting my subjective take on the top 10 players of this year.

In order to formulate my rankings, I took a look at the gameplay for players at 9 events this year which I deemed to have a sufficiently high level of competition to warrant consideration. The most important factors for the players in this ranking are level of individual play, their place within the team, the strength of competition at the LANs they shined brightest in, and whether the player in question was a group stage warrior or was a monster that came alive in the high pressure situations of the bracket stage. Finally, in case I was unable to get a definitive conclusion between two players through these factors, I take a look at team accomplishments in order to edge one player over another.

LANs utilized in order of importance:

The fact that seized is on this list speaks to the level of talent that this Natus Vincere team has accumulated. Seized has operated as mostly a tertiary star on the Na’vi team, but the reason he finds himself on this list is due to his MVP performance at Dreamhack Malmo, where he absolutely ripped through teams and brought his team into the finals. In order for seized to rise up these rankings, it would require him to evolve as a tertiary star and perhaps become a secondary star while Guardian is injured.

Flusha is one of the greatest players to ever play the game of Global Offensive and he has lived up to that billing throughout this year. When Fnatic lost their superstar to injury and seemingly were left at sea without a paddle, Flusha proceeded to step up and singlehandedly will his team to a top 4 finish at ESL ESEA Pro League finals. His performances with olofmeister on the team were stellar as well with key performances to help defeat top teams in bracket stages. In order for flusha to climb up the rankings, it will require him to carry on at the level that he displayed at the ESL Pro League finals, which is something that Fnatic sorely needs.

KennyS has already done enough in the previous years to ensure that a page written about him appears  in the book of Counter-Strike, but in 2016 he has managed to add even more information. Despite all of EnVyUs’s struggles as a team, kennyS has had a great individual year so far. However in spite of being a primary star for a top 10 team kennyS finds himself lower on this list than a secondary star like Fallen, and the reason for that is he has tended to struggle at the most prestigious events of the year. In order for kennyS to climb in the rankings, it will require for him to post formidable performances at some of the prestigious events in the latter half of the year. KennyS has already done enough to go down as a god of Counter-Strike, now it is up to him if he wants to go down as the god of Counter-Strike.

If I had decided to take intangibles like leadership into account then an argument could have been made that Fallen has been the greatest player of 2016 so far. However sadly I chose to not and thusly Fallen finds himself in the 7th spot. Currently recognized as the best awper in the world and a clear second star on Luminosity Gaming, Fallen is one of the largest components of the current success that Luminosity Gaming have attained. Throughout the year in key series when his team needed him the most, Fallen delivered, and thanks to those performances he has managed to find himself ranked higher than some illustrious stars of the game.

Device is one of the greatest players in the history of the game, and he also happens to be the star of a top 5 team in the world. However due to his early season struggles and shortcomings in high pressure situations he has found himself outside of the top 5, something most people wouldn’t expect. While undoubtedly being a superstar, he has failed to live up to that billing at some moments in this which has caused him to be ranked lower than some of the other superstars in the game. In order for device to climb up the rankings the rest of this year, it will require him to build upon the performance he displayed at the group stages of ESL Pro League finals, where despite Astralis losing in the group stages versus Luminosity, he established himself as the best player in the server by a large margin.

Ladislav ‘GuardiaN’ Kovács began this year as the second best player in the world, yet as the year progressed he found himself climbing down the ladder. A significant portion of this fall can be attributed to his struggles with a wrist injury, one that has led him to significantly underperform at some of the most prestigious events of the year so far. Conversely, during the times his injury didn’t hinder him at events, he played some of the greatest CS:GO that has been seen the entire year. The level of play he exhibited at Counter Pit finals can contend with the peak of any CS:GO player in history, and thusly due to events like those he has managed to find himself on the fifth spot on this list. As he recovers from his injury look to see whether he can regain his old form, because if he does then he will resume climbing the rungs of the ladder he had slipped on.

For flamie, 2016 has largely revolved around building on the impressive level he displayed close to the end of 2015, and build has he done. Other than the Counter Pit finals, he has played at a consistently high level throughout this year and has played a large role in Natus Vincere being seen as the second best team throughout a large portion of this year. Flamie has maintained himself as a top 5 player in the world, and that is the reason he manages to find himself in the fourth spot of my list. However the reason he did not end up finding himself on a higher spot in this list is because flamie has only had 2 events throughout this year where he was the primary star of Na’Vi – usually he has taken a backseat secondary star role to either Guardian, Edward, or Seized. In order for flamie to supplant some of the monsters ahead of him, it will require him to establish himself as the primary driving force of Natus Vincere, and he has the opportunity to do exactly that with GuardiaN’s struggle with injuries.

There is a legitimate argument that in the current state of the game NiKo is the best player out there. He can seemingly do it all, whether it be creating a window of opportunity by entry-fragging or clutching seemingly impossible rounds for his team. However there is only one problem that has kept NiKo from reaching the top of this list, and that is his team’s deficiencies. More specifically because he is on a team that rarely makes it out of group stages NiKo has never had the opportunity to dominate in the same fashion in the playoffs, and thusly has not proven himself to be the pinnacle of 2016 so far. However a large portion of the year remains, and I wouldn’t be surprised to see a certain Bosnian be sitting at the head of the dining room table by the end of this year.

When the year began, we were all simply participants in the era of olofmeister. While many false gods had risen up in order to challenge him in the past, ultimately none had found themselves able to supplant olofmeister at the top of the mountain. However, finally something reared its head up that could truly topple olofmeister, the demon known as injury. Thanks to this injury olofmeister performed terribly at MLG Columbus and subsequently has found himself to attend any of the LANs post-Columbus. However, he still managed to find himself second on this list largely due to his MVP performances at IEM Katowice and Starladder Starseries Finals, two of the most important events of this year. As the year progresses these performances will come to mean less and less and olofmeister will find himself slipping further down the list unless he manages to return at a similar level to his pre injury form.

When I was creating this list the top spot truly never was in question, the throne belongs to the king, and the king of the Counter-Strike scene is none other than coldzera. Barring an uncharacteristically poor IEM Katowice performance, coldzera has lived up to his label as a superstar throughout this year by being the best player for his team at every event Luminosity Gaming has attended. At MLG Columbus, the most prestigious tournament in Counter-Strike Global Offensive’s history, coldzera absolutely devastated the competition and ultimately finished the event with a 1.36 rating and the MVP trophy. Throughout this year, we have seen coldzera continue to evolve as a player, eventually blossoming into someone who can be counted on to provide a superstar performance every game. Half of the year still remains, and all signs point to that time being the age of coldzera.