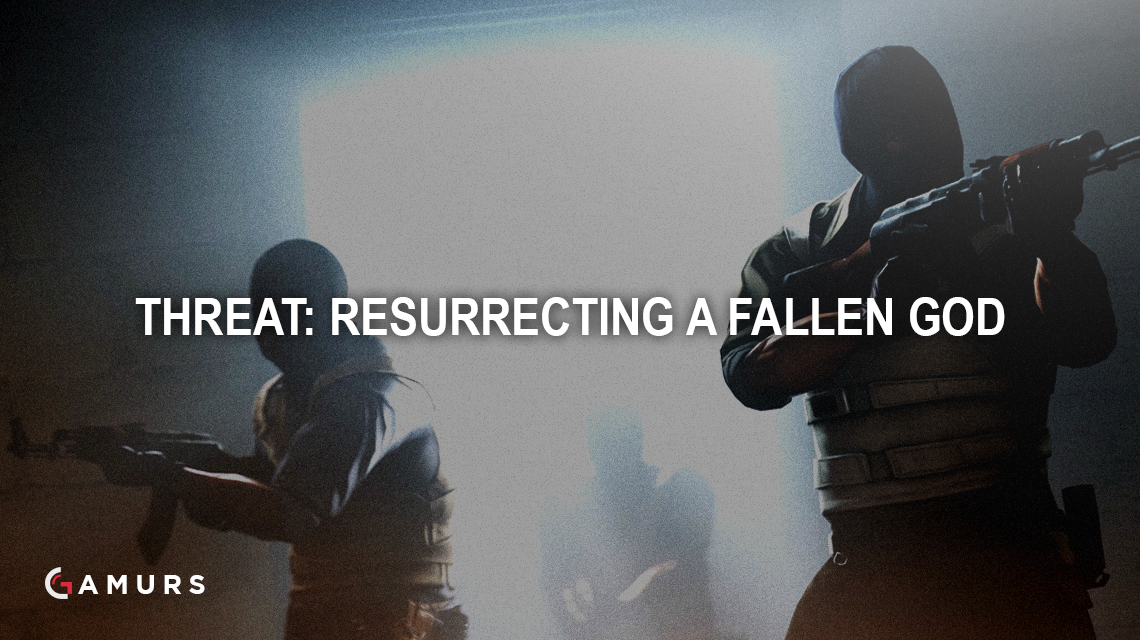 Time is the hardest opponent of them all. Regardless of the depth of your map pool, the talent of your superstar, the strategic knowledge of your leader, or the weakness of your opposition; time will butcher the legs and befall even the mightiest Gods. The year 2016 has seen the last dying gasps of some of the most legendary teams and players of the game. Master tactician Ex6tenz was lost to the murky waters of semi-professional play in France. The Sith dynasty of Fnatic was burnt to a smouldering wreck following the Swedish shuffle. EnVyUs’s transcendent individual skill and unpredictable play style that saw them dominate the backend of 2015, was dwarfed by the magnitude of their macro and out-of-game flaws.

Although they are all a victim to their own desire for change or lack thereof, the never-ending advance of time is the driving force in the background that dictates whether they make these decisions or don’t. It seems, though, that Ninjas in Pyjamas refuse to answer the call of this intangible force. They deny the beckoning urge to jump into the unknown void of drastic man-for-man roster change, preferring to explore other avenues of potential success. Before 2016 started, they were the fallen ones, the grizzled, once-great veteran in the shadowed corner, the pedigreed old Gods… or in less romanticised words, a slumping Ninjas in Pyjamas. However, if you reflect after 2016, NiP are a team who can boast real chances to upset win an entire tournament, and are tied with SK/Luminosity for the most ‘big LANs’ won in 2016.

These 2016 results are impressive, and although being upset by Vega Squadron at the ELEAGUE Major Qualifier definitely ends the year with a bad aftertaste, it does not overshadow a 12-month body of work. Don’t get it twisted, losing three Bo1’s on LAN does not place an emboldened asterisk next to their entire tournament run this year. NiP can boast one of the most drastic turnarounds of any organisation outside of OpTic Gaming and FaZe Clan in 2016.

Although you can pin this sudden change of pace to a multitude of factors, such as the uncertainty period in the end of year helping to facilitate 2/3 of their LAN wins, and the Malmo win being done without the presence of Fnatic and over a Na`Vi with Guardian’s hand injury; you can trace their relatively consistent success, that transcends just these three wins, to one date, and one person in specifically – New Years Day 2016, and Björn “Threat” Pers.

NiP have historically been an enigmatic team to change. When they started in CS:GO and formed the foundation for their fan-base and pedigree today – through the infamous 87:0 streak – they largely relied on the ridiculous individual dominance of each of their players to do the bulk of the work in wins. This crutch worked to maintain NiP as a top four team in the world for the better part of two years, but it soon faltered as teams like VeryGames/Titan rose above them with tactics that could out-muscle their skill, and then teams with superior firepower like LDLC/Fnatic also beat NiP in regular fashion. It was clear this playstyle couldn’t continue with consistent performances.

Yet, despite their apparent shortcomings, continue it did.

Maintaining the same four-man core of Get_Right, f0rest, friberg and Xizt, the side tried switching out their fifth player on two occasions, using both Maikelele and Allu to varying degrees of success and also bringing in two different coaches – pita and natu. While the player changes directly affected their in-game level of firepower, the coaching changes were almost unnoticeable in the way NiP played. Both pita and natu seemed to act more as a bank of suggestions which the team could draw upon, rather than leaders that actually dictated the flow of their game. This is by no means a fault of the coaches, but rather on the team for an admittance of needing change, but a refusal to make the drastic strides necessary.

As such, relative to their run in 2012/13 and what the community had learned to expect from their Swedish idols, NiP maintained relative mediocrity and squalor in their performances throughout 2014/15. Although they boasted a magically candid ability to fall into the finals of Majors, their consistency in international LANs was hardly worthy of the pedigree they had earned themselves.

With this in mind, rumours circulated of NiP players transfering to North America, creating mix-teams with friends, and controversy arose over player payment and prize pool splits amongst players; it seemed as though the four-man core wouldn’t stick together over the New Year and continue their run as a team into 2016.

Despite this prophesised end to the NiP organisation, the only change made to the roster at the end of 2016 was adding pyth into the role of fifth man and Threat as coach – an initially underwhelming and frustrating move for fans that were sick of the same old, stale NiP. While pyth’s name was put through the crucible of online forums and analysts’ vitriol, the inclusion of Threat was met with tempered optimism. The premise of bringing in a legendary 1.6 Swedish veteran as a strategic coach was ideal, but NiP’s history with coaches added far too much scepticism to make brash calls of success.

NiP’s first event as a new team at the IEM World Championship showed obvious growing pains and a problem with incorporating tactics while maintaining a looseness with their stars f0rest and Get_Right. It seemed that these flaws in their game would only be compounded by pyth not being able to attend the Major and gain valuable international LAN experience. At MLG Columbus, with Threat acting as a stand-in, NiP managed to make it out of groups purely off the back of the individual skill of Get_Right and f0rest, seemingly showing that once again NiP hadn’t taken on board the coach’s suggestions for change.

This, in hindsight though, was not the case. As pyth revealed in an interview with Slingshot Esports:

“Before MLG Columbus, I practiced a lot with the team. We had some really sick tactics with the team. And then I had to miss it, so we didn’t use them.”

So in the event immediately following MLG Columbus – Dreamhack Masters Malmo – Threat and his playbook of tactics could finally be put on display, and his impact on the team finally analyzed; and boy did he have an impact.

NiP looked to be a different team. With Threat taking up the role of in-game leader, xizt was freed of leadership duties and was able to frag with a confidence and poise that saw him regularly place high on the scoreboard. On top of this, pyth held his own against the international competition and was hardly the punching bag almost everyone had him laid out to be at the beginning of the year. When these factors were combined with the clear emphasis on executes, strong mid-round calls, and some innovative tactics on maps like cobblestone, NiP played at a calibre that none had seen for months. Threat himself said in an interview with aftonbadlet that he “pretty much changed everything,” focusing more on “play[ing] slower, more executes, less ‘Yolo’… [and] stronger anti-ecos.” Winning Bo3’s against Virtus.pro, GODSENT and most notably Na`Vi in the playoff bracket to secure their trophy on home soil showed the world that the Swedish Gods of old were hardly dead and out of the fight.

This win at Malmo was compounded with a top four performance at the ESL Season 3 Pro League Finals, a grand final appearance at Dreamhack Summer, and topping their group at ELEAGUE Season 1. A massive and impressive body of work created for a team who had only six months earlier looked to be on the brink of collapse. Although they had a disappointing result at both the ECS Season 1 Finals, and more notably at ESL One Cologne 2016, the Swedes had returned to the top four teams in the world for extended periods of time and could, on any given day, turn into world beaters.

After Cologne and near the end of the year, a string of destabilizing factors saw the role of Threat diminish with each passing tournament. Pyth’s hand injury led to former teammate Maikelele stepping in for four entire international LANs, leading to their emphasis on tactics taking a backseat in favor individual skill. Maikelele’s presence seemed to activate both f0rest and Get_Right to their vintage selves, making any effort on Threat’s part to corral the team into executes overshadowed by the raw skill of two of the game’s most storied stars. To make matters worse, Valve’s coaching rule almost completely nullified Threat’s role as an active in-game-leader, causing him to provide strats to the team outside of the game and then only help guide them in pauses and half time.

With these limiting factors in mind, it makes NiP’s win at IEM Oakland all the more impressive.

Without the direct help of Threat in-game, the team still managed to flaunt a strategic aptitude on Cobblestone and Cache that saw them rock Immortals in the round-of-six and SK Gaming in the finals. The win earlier in the year at the Starladder StarSeries Season 2 Finals couldn’t boast this same tactical mindset, as it was more so reliant on the skill of Maikelele and company; regardless, the impact of Threat over the course of the entire year, rather than one event, is still highly evident.

Threat’s presence on the roster of NiP just goes to show the transcendent effect that one man, who isn’t even a player, can have on a side and the importance that coaches have in both a mental and strategic sense in transforming a side.

Have Threat and NiP returned to greatness, or are they not quite there yet? Let us know your thoughts in the comments below or tweet us @GAMURScom.