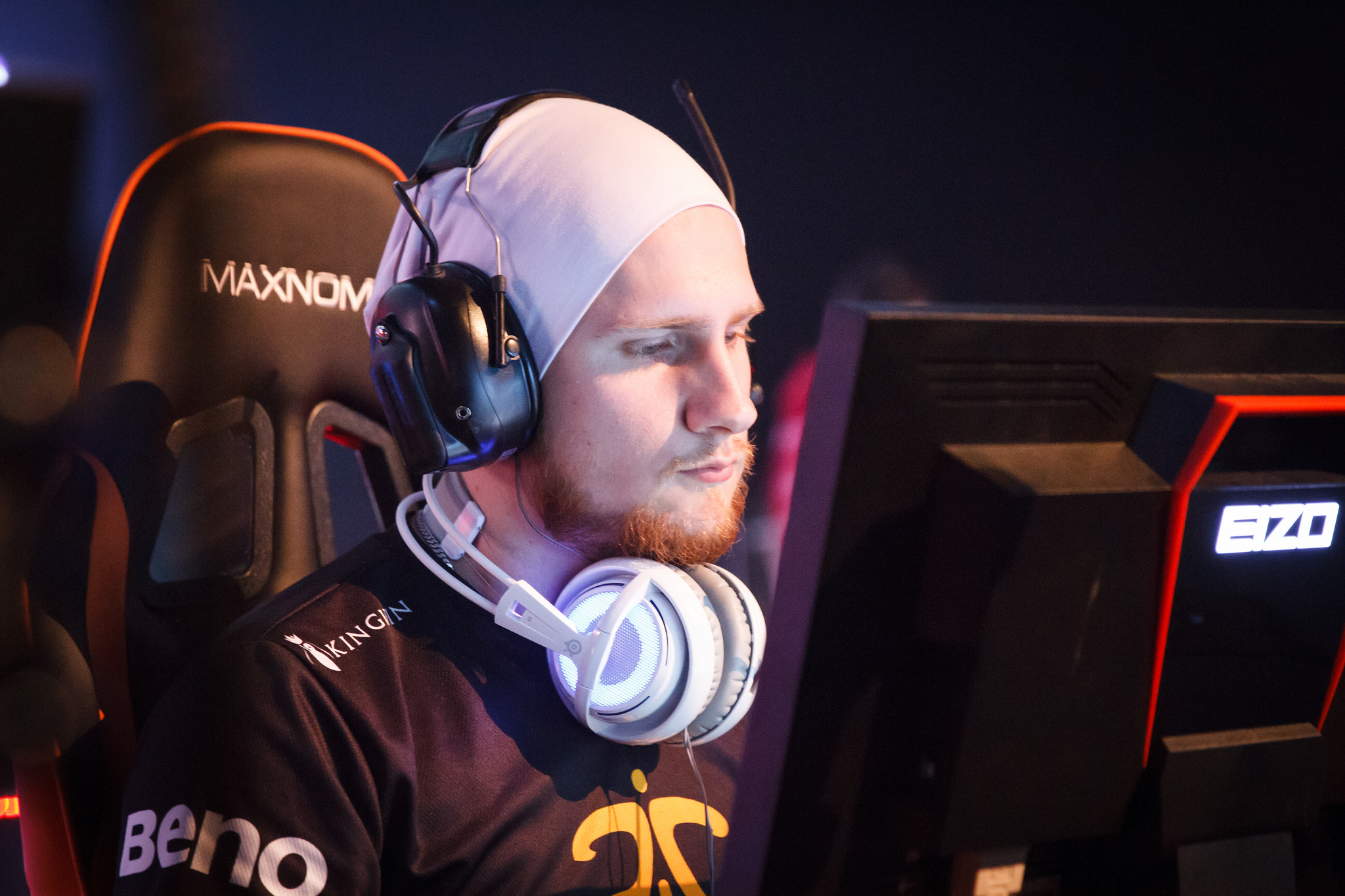 As with any game, it is understandable that there is a thrill and immediate pleasure to be found in pushing the limits of one’s play, taking risks and attempting to make the experience of the game as varied and novel as possible. To explode in a momentary flurry of unfettered skill, exciting unpredictability and revel in the possibility of vast gains from immensely bold gambles. Yet there is also a quiet and distinguished quality in reading the optimal play to make in a given situation, in refining one’s skillset to ensure the most effective play can be executed and in meeting the challenge of maintaining such focused excellence round after round.

That way of the craftsman and the thinker is clearly the path less trodden at all levels of competitive Counter-Strike. Aggressive aim-reliant players are ten-a-penny and seemingly sprout up in every corner of the game, like some wild and common weed. Typically, the players who are the most dedicated to finding the intelligent way to play out each situation, the most controlled in pursuing the best positioning and working to facilitate the play of others are often those who have less impressive skillsets. They need to undertake such a path to remain competitive with the most skilled players and find a way to coexist in a game in which talent often seems to rule the day. Freddy ‘KRiMZ‘ Johansson is an exception to that rule.

The greatest players in all traditional sports are those whose prodigious accomplishments can often seem the result of their immense talents and ability to execute nearly inhuman plays, but a common thread which connects them all is typically a love of the game which has led them to pursue a near-obsessive path of refining the fundamentals to near perfection. When one speaks of the fundamentals, one is speaking of the most basic principles of how the game should be played, how actions are executed and interact with each other and the optimal decision-making. In CS:GO, no player has epitomised perfect Counter-Strike more than KRiMZ.

Attempt to copy the playing style of JW, you’ll find yourself feeding equally skilled opponents at a frighteningly rapid rate, all but costing your team the game, in the majority of instances. Undertake emulating olofm’s game and very soon you’ll come to the realisation of how otherworldly his talent level is. Pursue the lurking approach of early CS:GO GeT_RiGhT and you’ll discover that very few to play this game will ever be possessed of such an uncanny intuitive sense of when to make a specific play, moreso than what play to make. However, if you study and pattern your playing style after KRiMZ, then you will improve your understanding of the game, increase your reliability and progress as a developing player. He is the model from which all players can and should learn.

KRiMZ has near-flawless positioning. On CT sides he is able to select spots to play which fit both his skillset and the most likely circumstances he will face in that round. Upon making contact with the Ts, he will re-position optimally after the first engagement and on the next round will make adjustments, if necessary, to how he fields the next attack on his site. When retaking sites as CT or playing on the T side, the way he takes engagements shows his understanding of which ranges will be most favourable for him. He is slower than most players, yet in a thoughtful and purposeful manner.

FNATIC’s support star is not rash to act and provoke chaotic fights, but instead looks for optimal solutions to ever-evolving situations with many variables to be considered. A KRiMZ T side push or 1v3 plays out, all too often, as a series of well orchestrated 1v1s which end with him killing two or three players, yet seemingly never overwhelmed or placed under undue pressure. There is a sophistication to the simplicity of his approach.

KRiMZ’s understanding of the game means he always seems in control and to play at his own pace and on his own terms. Decision-making unfolds in a few seconds so as to be able to stand up to the scrutiny of others breaking his play down in slow-motion and with replays, after-the-fact, yet still come close to the optimal approach in most cases. A key component of KRiMZ’s play is his understanding of when to let the opponent make mistakes, by maintaining a consistent level of technique and utilising intelligent positioning and patience.

A skilled player, KRiMZ’s technical play is exemplary, displaying a keen understanding of the different firing techniques for all of the weapons and when they are applicable in specific situations. Thanks to having developed such fine technique, KRiMZ is able to pair this with his understanding of the limitations of his own skills and a reading of the current situation to be able to play just within the boundaries of what he is capable of, selecting situations and fights which make sense for the kinds of plays he is able to deliver. A more skilled player may well be capable of attempting a wilder and more crazy shot, but KRiMZ can have a considerable impact on a round and the game merely by ensuring his play matches the profile of his skillset.

KRiMZ was at one point in time the best player in the world, yet his strength comes from his consistency, delivering a kill on seemingly every round, and his ability to collaborate with team-mates to facilitate their play. Many stars break a round open and beat down the enemy with brute force, while KRiMZ grinds away round after round and gives his team small edges from which to work. Very much the Tim Duncan of CS:GO, KRiMZ is a technician who is able to be effective individually and yet also constantly contribute to the team concept at hand. Few stars in the game make their team-mates better and more successful like KRiMZ does.

Aristotle said excellence is a habit and KRiMZ’s play agrees.