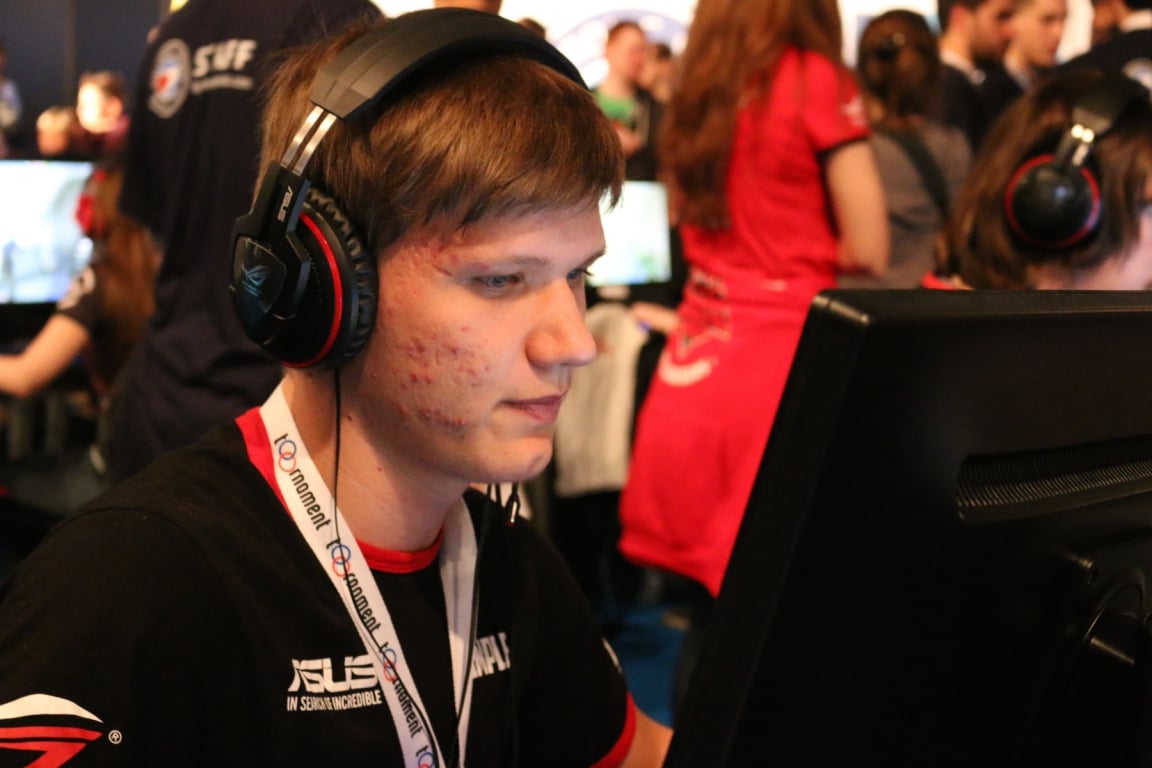 While the masterful olofm’s play powers FNATIC to yet more trophies, the next great CS:GO player is already in our midst. The hottest player in the world, outside of FNATIC, is a 17 year old Ukrainian phenom, whose talent level is as staggering as his personality problems seem to be hindering to his career.

Aleksandr “s1mple” Kostyliev is the star of FlipSid3, a team that is currently the ninth best in the world, and holds that ranking by a slim margin, yet the teenage terror can be reasonably held up as one of the five best individual players in the entire world. His raw aim is phenomenal, allowing him to duel practically any opponent. With the AWP he is a monster, even outperforming GuardiaN, the game’s current sniping maestro, at recent the StarSeries XIII, an event the Na`Vi player’s team won, despite s1mple’s FlipSid3 finishing their own run in the semi-finals.

s1mple is part of the unique cadre of olofm and device, who are among the world’s best AWPers and yet also some of the most dangerous rifle players. With the Desert Eagle, s1mple decimates enemies in a manner which defies belief. A consistent killer, he can be expected to add one or two frags round after round, yet also finish top of the scoreboard, often for both teams. Alongside such a rare pairing of consistency and explosiveness, he is also capable of winning clutch rounds. The all-around level of his play is as impressive as his individual qualities appear in isolation.

To label s1mple as merely an up-and-coming talent or a rising star would be to understate the impact of his individual play in all domains over the last five months. Team-mate WorldEdit is a rising star, showing flashes of impressive skill and having the occasional big half of play against top tier opposition, but ultimately remaining a step below the world’s best. s1mple does not merely impress, he astonishes. He does not deliver the odd performance of note, but rather, almost every performance, offline or not, contributes to his case as one of the world’s elite individual players.

The former HellRaisers player also, crucially, possesses the rare trait of being able to play his best Counter-Strike against any and all opposition. Facing better opposition, in the pressure-packed offline environment, and knowing he is expected to carry his team, if they are to have any chance of pulling off the upset, the Ukrainian wonder child routinely displays some of the most reliable hard carry play in recent memory. Even during his time in HellRaisers, at one point thought of as a CIS region super-team, he was a top prospect, but never as blazing hot as he has been since departing from their ranks.

Finding a player as good s1mple requires one to go all the way up to the top five teams, selecting names like olofm, device and GuardiaN. Finding a player in this kind of form, spanning entire months at a time, currently narrows the field to only the imperious olofm, the world’s best and the primary carry of the number one team. This kind of exceptional streak comes along rarely. One can reasonably name perhaps only four other instances of it in the game’s history, when a star’s play was so superlative and with such frequency that it seemed as if his talent manifested in a dominating performance in practically every game for months on end. Such is the nature of s1mple’s run and the greatest players of all-time, in their best form, are the company he is already poised to join.

I’m reminded of a statement from an NBA commentator that a separating between very good players and the greatest to ever play is that a very good player will have an incredible game and will often perform to a high level, but the greatest players, names such as Michael Jordan or Larry Bird, would have stretches of unbelievable play which could last two or three weeks in a row. In that respect, it is worth emphasising the long-term elite nature of s1mple’s play over the last few months.

Saddening for purists, such as myself, is that this kind of form has come when the circumstances surrounding such a supernova of skill have confined him to a lesser team, incapable of going deep in large international tournaments and contending for titles. Even the greatest players often experience such runs of form for at most three to six months, sometimes never reaching that altitude above the field of other top players again.

kennyS experienced such a torture with his memorable and yet tragic run from late 2014 through to the first three months of 2015. Admittedly, he played many more games and many more offline opponents than s1mple, but he was equally dominant and the sole reason for the heights his team could reach during that period. For s1mple, the scenario is worse, as his team are unlikely to even make deep runs into the top four or ever play in an big international final.

The personal problems which have beset him, from his ban from ESL competitions, extended due to trying to circumvent it and apparently lasting into early next year, to his abrasive and overly demanding attitude towards team-mates, seem tied to his unique personality. All of the previous players to have hit godlike form in CS:GO were years older than s1mple, and with significantly more competitive experience. That this 17 year old is able to dominate in this fashion speaks to his incredible self-confidence, a resolute sense that he knows what to do and how it must be done. Right now, that force may prove as destructive to what could be a sparkling career as to the opponents in his crosshairs.

In a world of CS:GO stars, s1mple has earned the title of super-star. If he can continue to play great Counter-Strike, he will end up as one of the 10 best to ever grace this game, should his personality allow it.