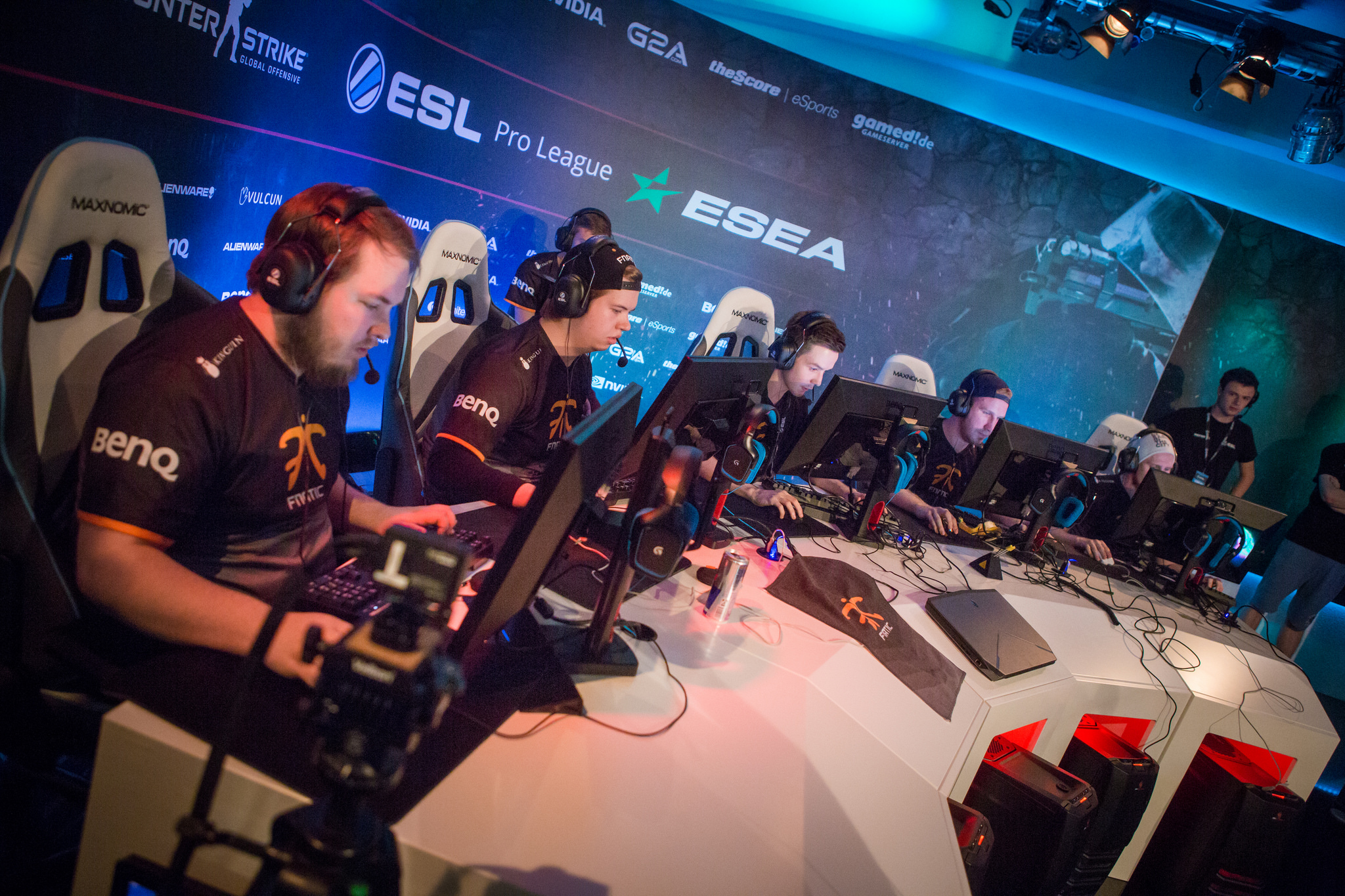 Since the last edition of the rankings, Gfinity Summer Masters I and ESL ESEA ProLeague Finals have taken place.

Another title for FNATIC and the orange and black remain atop the CS:GO world, with lots of ground to be made up by anyone hoping to catch them. To put in context FNATIC’s dominance, even over the last three months: while TSM has won their three offline titles and bested KRiMZ and company again and again, FNATIC have themselves secured four offline titles and made seven offline finals. FNATIC are the best team in the world and that has not changed.

TSM were in a position only one other team, EnVyUs, has occupied since FNATIC’s rise to power, with a chance to knock FNATIC from the top spot. Instead, TSM were shockingly upset in a Bo1 by Keyd and then had a heart-breaking Bo1 loss to the very same FNATIC, finishing in last place at a tournament for the first time in 2015. Their spectacular run of titles still keeps them in a comfortable second place, but the Danes have work to do if they want to catch FNATIC now, with the Swedes having added another title to the haul since the last edition of the rankings.

TSM have finished in the top four of four tournaments in the last three months, while FNATIC have made eight top fours in the same time frame. device and the boys need to put a lot more placings on the board to hope to become the best team in CS:GO.

Usually, teams don’t move up in the rankings when they have not played since the previous edition, but Na`Vi managed to gain two spots and hit their highest ranking ever, all by virtue of time passing. NiP have lost two of their second places, leaving them far behind a Na`Vi team which has won two titles in the last three months, one being at a reasonably stacked EPL Winter. flamie and his friends even have more top four finishes than NiP in recent memory, riding a streak of four straight and five in the last three months.

The same two tournaments, Gfinity Spring Masters I and StarSeries XII, dropping off the map, being outside of my three month window, also took two of nV’s titles off the board. Na`Vi are suddenly a top three team in the world, able to boast two titles won, three finals reached and five top four finishes. Back when they won EPL Winter, it was a gem amongst the muck of their failure to get past 5th-8th in the few tournaments they attended. Now, Na`Vi have the resume, as well as the form, to enter elite terroritory in CS:GO.

Edward and his men can also point to an impressive run of Bo3 victories over ranked sides, with a Bo3 and Bo5 victory over nV, a Bo3 win over Dignitas and two Bo3 series won against Titan.

Despite winning Gfinity Summer Masters I, sweeping NiP in the final no less, nV drop to their lowest ranking since I began this series back in November of last year, hitting fourth overall. In their best moments, they can still be a very dangerous team, but it’s been some time now since they’ve reasonably contended for the top spot in the world, basically spanning the entire three month span considered. As they added their new Gfinity title, they lost their two title run of dominance over a FNATIC-less world that they had a few moons ago.

nV still have wins over ranked teams under their belt, but they need to add more, rack up more placings and probably even secure some more titles if they want to climb the heady heights of the top two again.

The last edition of the rankings had VP at the lowest in history, down at sixth place. A respectable top four finish at ESL ESEA, losing out only in three maps to the world’s best team, added another good finish to their resume. VP’s Gfinity result was humiliating, but the sea change of NiP losing two of their finals finishes saw the Poles edge past them. VP have a title to boast and the edge in BoX series, having beaten teams like FNATIC and TSM, something NiP cannot match.

With nV looked vulnerable, now could be the time for VP to march back up a spot in the rankings.

NiP have occupied a top four spot in the rankings for the last eight editions in a row, having been as high as third for five of those. Now, they find themselves bumped into sixth place. Losing their two finals finishes at Gfinity Spring Masters I and StarSeries XII was always going to be a problem, with NiP bombing out of Gfinity Spring Masters II without making the play-offs and then having to settle merely for a top four finish at Dreamhack Summer, courtesy of being upset by Na`Vi in the group stage.

NiP did finish second at Gfinity Summer Masters I, admittedly a tournament not featuring the two top ranked teams in the world, which does keep them afloat, resume-wise, but the Ninjas are one of the few teams anywhere near the top of the rankings who still do not have a title to show, which hurts them. It’s also a bad sign, in terms of form, that NiP have only managed to secure three Bo3 series wins over teams who were ranked in the top 10 at the time, beating nV, VP and Dig. The only things keeping NiP in the race for a top five slot are their top four finishes, of which they can hold up four.

Nothing changed for Titan, who failed to make the play-offs at Gfinity Summer Masters I, but still live off a solid resume of top four finishes and their finals run at EPL Winter, ensuring they stay ahead of the minnows lower in the rankings, even if they can’t swim with the sharks further up.

A top four at Gfinity was another good placing for Dignitas, this time coming with a map win over EnVyUS, and beating Titan twice was a step in the right direction, but they still have a placing gap to make up over Titan, as well as some series wins to secure, if they want to climb up.

They have only cracked the top six of one tournament, but did so in such spectacular fashion, at an event featuring the top three teams in the world, as to be able to immediately enter the top 10 at ninth place. A finals finish at a big tournament is a very impressive placing, as is a Bo3 series win over EnVyUs, who have been a top three ranked team for the entire history of the rankings, prior to this edition. Indeed, C9 have four map wins over nV in the last two tournaments. Adding one from FNATIC is also worthy of noting.

C9 have made a bold statement, though it is one they must follow-up on to gain access to the higher realms of the rankings.

mouz’s wonder run at Gfinity was but one result, yet it contained within it such good performances as to bump both FlipSid3 and HellRaisers out of the rankings. Firstly, it is a more impressive top four finish than any they had managed, due to requiring Bo3 wins over top teams to accomplish it. Secondly, those Bo3 wins were two series wins over Virtus.pro, hardly easy competition. mouz also managed to snatch a map from nV along the way.

One lone placing is difficult to defend, so the CIS teams will be waiting in the wings for mouz to fail or not attend enough events.

ESWC is coming up this weekend and then FACEIT Phase 2 finals the week after, so the next edition of the rankings will surely not be too long from now.