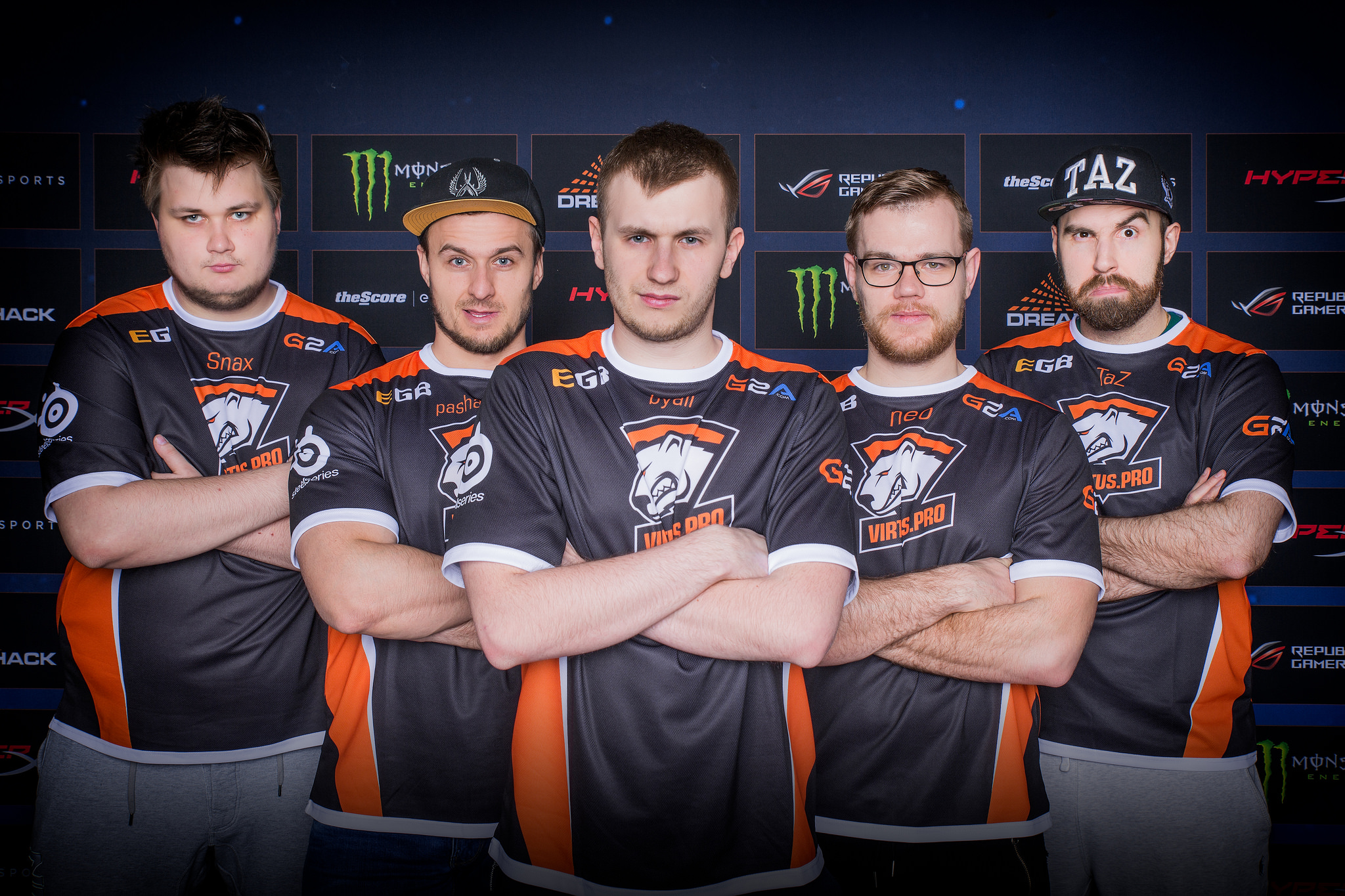 Since the last edition of the rankings we’ve had the Gfinity CS:GO Invitational and ESL One New York.

For the first time in the history of CS:GO, Virtus.pro are the number one ranked team in the world. They failed to win ESL One New York, but their second place finish at one of the most competitive events of the years saw them winning a map against Na`Vi and beating then number one ranked SK Gaming in a Bo3. Add in that they still have Bo3 wins over NiP and FNATIC on the docket and even SK can’t resist VP’s climb towards the top of the rankings. Oh, and they have single map wins over SK, Team Liquid and Na`Vi from ESL too.

They are the reigning world champions and for my money they are the best team in the world, but the last few months have eaten away at SK’s grip on the top spot. Being unable to participate in ELEAGUE denied them a chance to win a big tournament and then they failed to do so in their lone outing since the major, making only the semi-finals in New York. Their only Bo3 series win over a top 10 ranked opponent in the last three months is against VP.

Obviously, Na`Vi does not get the full benefit of their past accomplishments with Zeus in the line-up, but their performance in New York was packed with positives for rankings such as these. They won Bo1s against three top 10 ranked teams and then won two Bo3 series against some of the same teams. That, along with winning a $250k or more prize pool tournament rockets Na`Vi back up to where the old line-up belonged: firmly in the top three.

In this period of relative inactivity, in terms of stacked events, Na`Vi’s win was huge and puts them in a strong position heading into the busy last few months of the year. They’re not the same Na`Vi, but they are one of the world’s best. Consider that within one event they picked up more Bo3 series wins over top 10 ranked opponents than SK have had in the last three months.

Team Liquid were a problem team to rank last month, since their ranking is based on past performances and the new line-up seemed incapable of living up to them, meaning they should have been due to drop rapidly as the months went by and other teams added placings and wins. Instead, the shocking play and wins of TL in New York mean they actually gain a spot here. Four of these fives did make the final of the last major and their new line-up finished top four and with map wins over G2 and Na`Vi.

It will take until the next edition for the major to fade away, so TL for now gains an admittedly somewhat boosted, courtesy of s1mple, top four spot.

Failing to qualify for ESL One New York prevented us from seeing what C9’s level is like against such a packed field, but the failures of a team like G2 means that even Na`Vi leaping over them doesn’t drop the NA side down much. They still retain a pretty solid resume, albeit at some smaller events and with their wins against some of the teams outside of the elite.

NiP were not in attendance at any of the recent LANs and retain their sixth place.

dignitas were not in attendance at any of the recent LANs and retain their seventh place.

ECS finally leaving their resume put pressure on G2 to have a strong performance in New York and they failed to do that in any sense, finishing in dead last and unable to pick up even a single map win. They drop five spots down to eighth, hanging onto essentially only their StarSeries finals run. G2 lack any notable wins in the last three months, so they will have to battle to retain their ranking soon enough. Even dignitas can boast some single map wins against ranked opponents.

EnVyUs have a list of placings which look decent enough, and indeed earn them continued ranking, but they have no notable wins in quite some time. Victory at Gfinity was a must for their morale, but did very little for them in the context of the best teams in the world.

Had mouz beaten nV at Gfinity, then Heroic would have been out of the rankings again, but that did not happen and it seems perverse to reward a team for a final which only required a victory over GODSENT to earn. Heroic narrowly hold onto their spot at 10th and look to their next offline adventures to confirm or deny their spot.