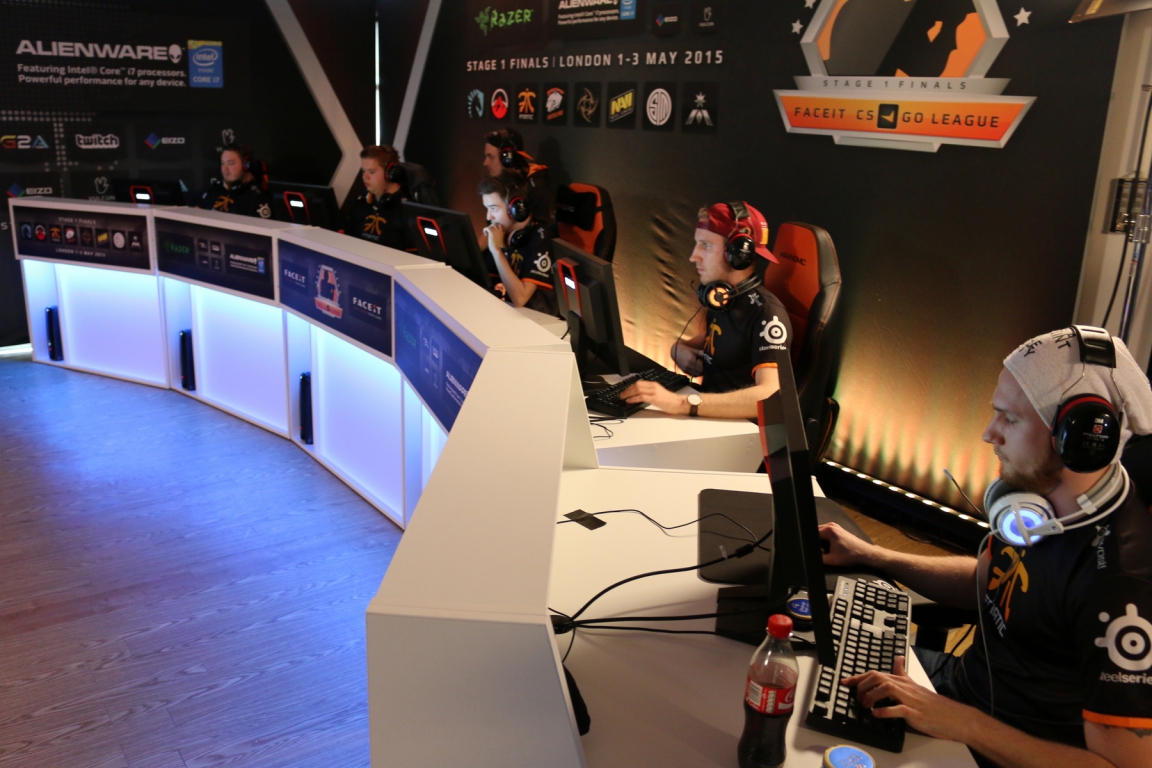 FACEIT 2015 Stage 1 saw some of the top teams in action, so let’s see how the results of that tournament affected the standings. PENTA changed the majority of their line-up, so I have removed them from the rankings entirely, until new results have been acquired. It doesn’t make sense to give them credit for results which their new line-up was barely any part of.

Failing to make the final of a tournament for only the second time in 2015, and the first time in the last six LANs, was a shock for FNATIC, though more understandable when one considers that part of that placing came due to TSM losing in the group stage but then being the eventual champions. TSM aside, FNATIC still looks strong and will beat practically anyone in the world in a Bo3. TSM’s rise and three offline Bo3/Bo5 series wins over FNATIC does hint that the Danes may be the counter to FNATIC, but the Swedes have yet to be knocked off the top spot in the rankings.

EnVyUs did not play since the previous edition of the rankings and thus have not had any opportunity to gain in the standings.

TSM’s victory at FACEIT moves them past NiP and into the top three for the first time in the history of CS:GO and these rankings. In the past, when they were Dignitas, they could be ranked as the fourth best team, but purely on the basis of beating the teams below and finishing in 3rd-4th at most LANs. One thing that era of the team was not was a threat to reach the final and take out the top three teams in Bo3 series. Now, TSM are seemingly in hot pursuit of the number one spot, beating out world number ones FNATIC in three straight offline Bo3/Bo5 series in recent history.

TSM’s win at PGL CCS was pure class, dominating the best teams in the world and dropping only a single map en route to the title. Their win in London, at FACEIT, was entirely different, as they found themselves both close to progressing in first place from their group and close to failing to reach the play-offs. Once they did make the semis, they comfortably beat FNATIC and then overcame a terrible start to the final to edge out NiP in a thrilling final two maps.

They haven’t entirely overcome their choking, but they have improved in so many areas that TSM are now a real threat to EnVyUs’s top two spot. The French side will have the opportunity to improve their position at Dreamhack this weekend.

NiP are not ranked in the top three for the first time since late January. NiP’s fall has been less their own doing and more the meteoric rise of TSM, taking down two straight events. The Ninjas have continued to add Bo3 series wins over top teams and pile up top placings, but they still lack for a big event title and are now starting to look more like the gatekeepers to titles. If you can beat NiP in a Bo3, then you can win a title.

The hardest working team in CS:GO, in terms of event attendance, continues to lack for consistency. After winning ESEA S18 over FNATIC and beating TSM in the FACEIT group stage, one would expect them to beat NiP and move on to the final. Instead, they fell in narrow fashion and were forced to settle for a top four finish. For all their traveling, VP have only managed five top four finishes out of their nine events over the last three months. Despite having won two titles, their consistency and overall number of big series wins drags them down below NiP.

VP are maddening to spectate, as at their peak form they can beat most of the teams out there and potentially take the title, but that peak form can be fleeting from map to map.

Titan did not play since the previous edition of the rankings and thus have not had any opportunity to gain in the standings.

This event should have been the one where Na`Vi impressed and moved past Titan in the standings. The team which beat both EnVyUs and Titan to take EPL Winter, instead failed to crack the top four for the third time in their last four events. Na`Vi’s strengths are obvious, as TSM found out in their two Bo3 series against them, but the CIS side have a bad habit of playing opponents closely only to still lose the series.

An event victory is impressive, but the rest of Na`Vi’s resume is sorely lacking right now, ensuring they have not overtake the sustained top four finishes of Titan.

Dignitas did not play since the previous edition of the rankings, but have been moved up due to PENTA changing three players in their line-up.

Flipsid3 did not play since the previous edition of the rankings, but have been moved up due to PENTA changing three players in their line-up.

Keyd returns to the top 10 purely due to PENTA’s changes, as they have no LAN results to add to their resume. They get the nod over other teams, such as HellRaisers and Cloud9, due to having the best placing at the major coupled with some solid single map upsets. Once you get down to the end of the list, the teams are not securing notable Bo3 series wins, so it comes down to more scarce data from which to draw conclusions.

Dreamhack Tours takes place this weekend and will provide an opportunity for teams to affect their placings in my rankings.