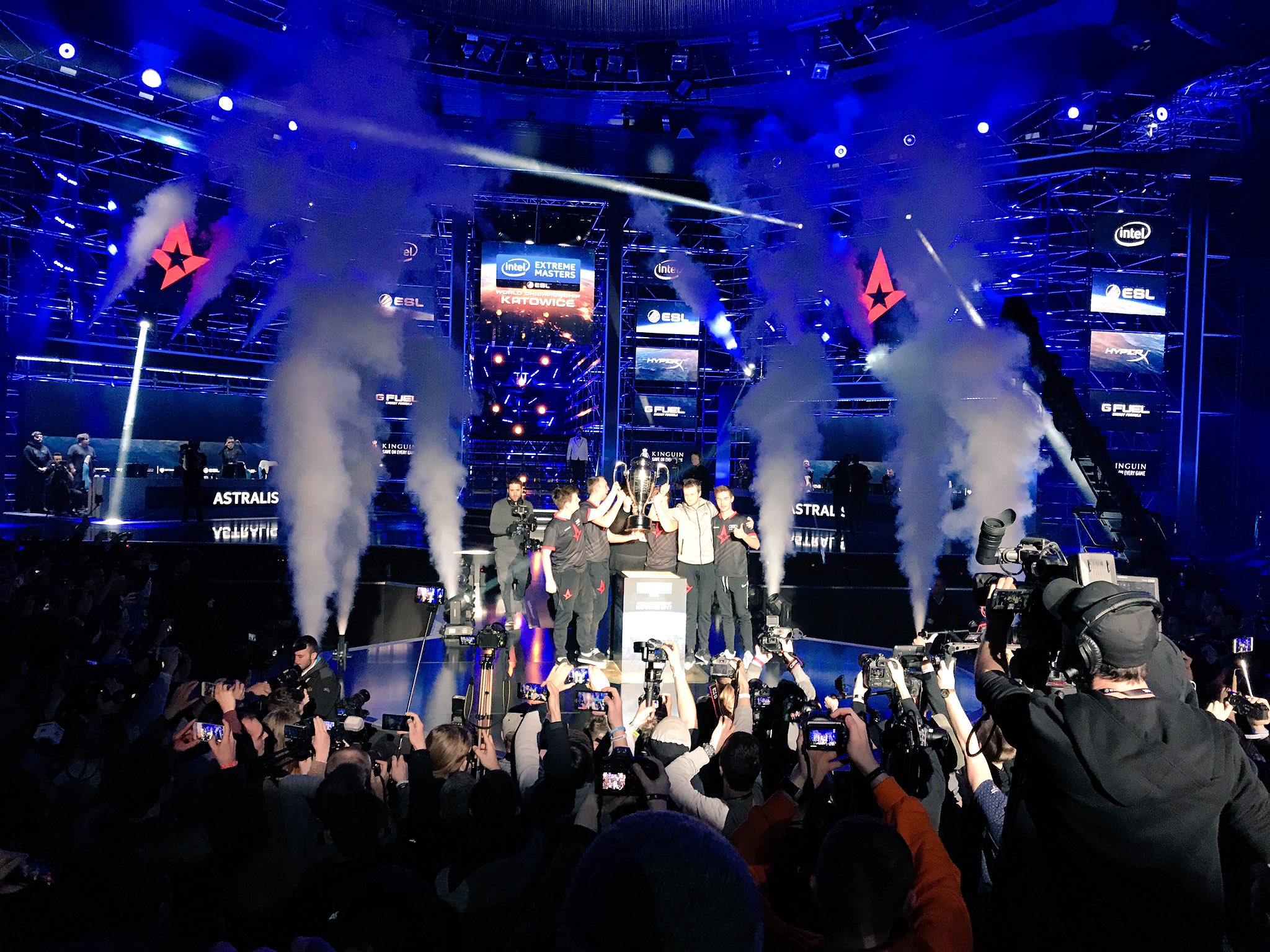 Astralis were already in place as the best team in the world and a mixture of Virtus.pro failing to make a play-off run and Astralis’ own victory in Katowice ensures that remains the case. A top four finish, their worst with gla1ve, in Vegas means there is very much no team in CS:GO who can battle Astralis when it comes to resume of placings, tournament wins or opponents beaten. This is a team which has won six Bo3 series over top 10 ranked opponents in the last six months.

VP’s mighty win in Vegas again showed that they are one of the world’s best, but their failure to move on to bracket play in Katowice cost them a crucial chance to make up more ground with Astralis. Even worse, the Danes winning the tournament puts more ground than ever between NEO and the team he beat in the semi-finals of Dreamhack. VP are solidly in place at second, but they need tournament wins on the board to climb back to that top spot they secured for the first time last year.

SK fielded felps for the first time in Vegas and ran all the way to the final. In Katowice they bombed out in last place, but their resume of placings and wins, even taking into account half of them being with fox, still puts FalleN and company in a very healthy position in the world rankings. The gap between SK and VP is smaller than that of the Poles and Astralis, which should be a little comforting for the former world champions.

MSL’s men cracked top four for the first time in many months with their run in Vegas, beating out the much loved Gambit. In Katowice they were expected to threaten the semi-finals again, but fell to IMT in the quarter-finals. North has a very solid set of finishes and wins over top teams, even with the addition of Aizy occuring only two events ago. They still have yet to show they can win tournaments, but North look stable in every sense right now.

The last hurrah before NiKo joined, with jkaem returning to the line-up, saw FaZe unable to make the play-offs in Vegas, victims to superlative play from the very same new recruit they awaited. In Katowice, NiKo delivered an instanteous MVP level performance and helped a core which was once eliminated in group stages go all the way to the final. karrigan and the gang add some solid placings with past line-ups to a big early statement and wind up cracking the top five.

With North losing to IMT and the Brazilians being unranked, it is worth noting that that FaZe have no Bo3 series wins over top 10 ranked opponents to their names. That may well be meaningful in the coming months, as placings along do not get one high in the rankings.

Na`Vi added two more finishes tied for fifth place to their resume, very much establishing where they sit in the world. The CIS squad have prevented the ship from sinking, but have yet to show they are capable of being a true contender again. Their only Bo3 series win of note in recent months has been over a FaZe who were using a stand-in. Bo1 wins, while not worthless, can only get you so far in such a competitive scene.

Last Summer Immortals were a team who seemed to be in good position to be a top 10 team for months to come, only to fall out of the top 10 and fail to make the major late in the year. With fnx replacing felps, the Brazilians impressed in their first outing, repeating the feat of the previous year and breaking the final four of the competition. A Bo3 series win over North, coupled with some solid upsets in the group stage, have IMT looking like an interesting prospect once more.

Anyone who remembers Team Liquid’s rankings in the months following their two big major runs in 2016 knows that a single roster move doesn’t see a team disappear immediately, even if next-to-no results of note follow. The decay on OpTic’s strong finish to 2016 still has them hanging around the rankings, but the departure of stanislaw and their sorry form as of late seemingly ensures that eventuality will come to pass by the next edition of the rankings.

OpTic are a team who still have three Bo3 series wins to their name.

With Dreamhack Winter coming off the books, Gambit’s short spike into seventh in the rankings has faded somewhat. The CIS squad looked solid enough in upsetting VP and reaching top eight in Vegas, but failed once more to actually achieve a big Bo3 series win. They have none against top 10 ranked opponents on their resume for the last three months.

Upset results and solid play in smaller events saw Heroic creeping into the rankings at times in 2016 and their top four finish and three big Bo1 upsets in the group stage at Katowice see them back again. This is a very tenuous spot for Heroic, with no series wins and a number of teams out there potentially a good placing from battling them for it, but for now Snappi’s men have earned a ranking once more.