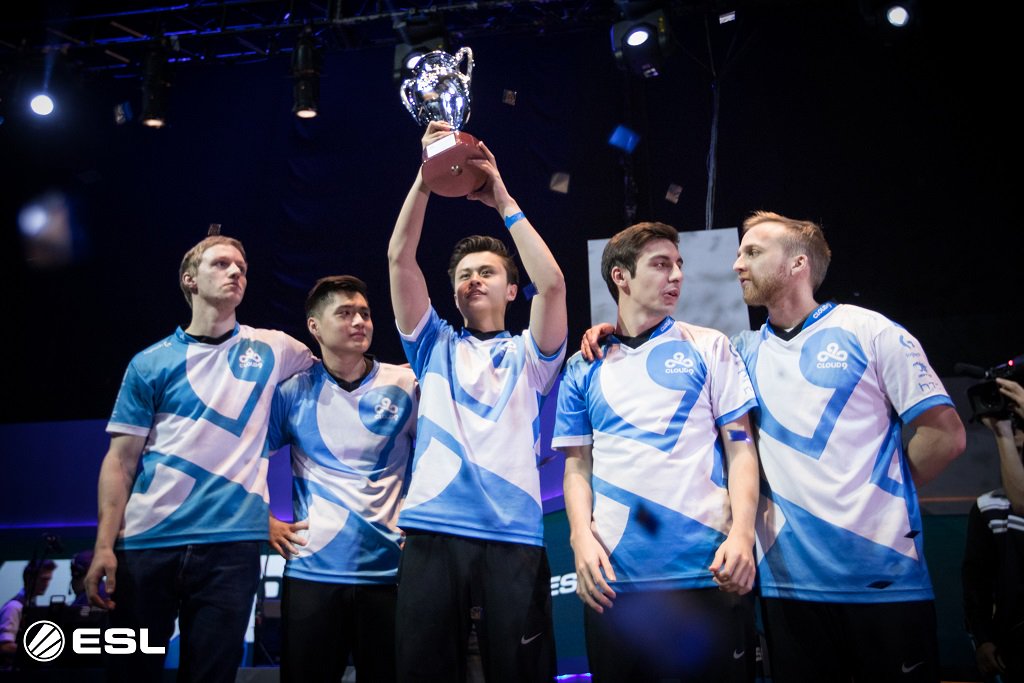 Since the last edition of the rankings we’ve had WESG EU, EPICENTER, ELEAGUE Group A, the Asian Minor and ESL ProLeague S4 Finals.

Virtus.pro continue to perform at an elite level, reaching the final of the last two big international tournaments they played in. The Poles have helped dethrone SK, but it shows how well they’ve done that that NEO and company have won two Bo3s against FalleN’s men and two Bo1s. VP have real threats below them in the rankings, as Dignitas and Na`Vi have both won events, but consistency has seen VP hold onto their top spot for now.

Dignitas have been putting in consistent work, but it was always without making it as far as the final. Even when they did, at WESG EU, they didn’t have to face VP, due to an upset on the other side of the bracket, and won the event without picking up any wins over ranked opponents. EPICENTER was the key moment for MSL’s men, as the Danes racked up single map wins in the group stage against top teams and then beat both VP and Na`Vi, two of the world’s best, to take their first big title. With so much consistency reaching the top four, their EPL slip-up doesn’t look to stop them from putting pressure on the Poles for the number one rank.

Na`Vi followed up their win in New York with a solid top four at EPICENTER and their body of wins over the last two events, where every opponent they faced was ranked in the top 10, sees their resume looking solid, even if it based on only two big offline events. s1mple and the others will need to add consistency to their big win if they want to unseat the teams above them, but the future looks bright right now.

Three big international events have passed and SK has failed to win any of them. Even so, their fall has not been as drastic as it might have seemed, at least in terms of placings. coldzera and company have finished top four at all three of those events and have three map victories over VP as well as a Bo3 win over G2 and one over NiP too. SK might not look like a threat to take back the world number one status, but they are still an elite team and look like they can keep going deep in tournaments.

Cloud9’s victory at EPL saw them winning their first $250,000 or more tournament and breaking NA’s drought of 10 years without a win at a big international competition in Counter-Strike. C9’s group stage allowed them to add legit wins over NiP and Dig to their resume and their easy play-off run stopped being worthy of an asterisk when they beat SK in a Bo3 in the final, with the last two maps being dominant for the NA side.

The rise of Dignitas and Na`Vi, coupled with the consistency of VP and SK, mean C9 can’t gain any higher ranking spots, but they have a solid base from which to make such a push in the coming months. Of course, that will be largely predicated upon them being able to qualify for IEM Oakland, by placing top four at iBP Masters, and qualifying for the major. A key area which needs improvement is more Bo3 wins over ranked opponents, as theirs are currently over Astralis, FlipSid3 and SK.

NiP’s unfortunate elimination at EPICENTER soured their revival, as they failed to progress from the group stage despite not losing any more maps than all three of the teams who moved on to the play-offs. At EPL, the Ninjas were able to crack the top four, but fell in a three map series against SK. NiP have a surprisingly strong resume for a team down this low on the rankings, but their lack of activity means they need more finishes before they can climb higher.

Team Liquid’s failure at EPL means they are still living off of their ESL One New York top four run. That’s enough to stay ranked in the top 10, but far from putting TL anywhere higher up. With no spot in ELEAGUE, due to losing in the online portion, they will rely heavily upon IEM Oakland to decide how the rest of the year will go for Hiko’s boys.

G2 picked up some Bo1 wins over top ranked opponents at EPICENTER, but they could not reach the top four. G2’s StarSeries final is still a solid ranking for a team this low down, but they need to turn their recent form around if they are to again rise up to an elite level ranking.

EnVyUs continue to look solid, but are currently not capable of beating the top teams. Coming from the easy group at EPL meant they could only add a Bo1 win over TL for now. nV have not garnered a Bo3 series win over a team ranked top 10 at the time in the last three months, which is telling.

mouz do not have a Bo3 win over a team ranked top 10 at the time in the last three months, but they did manage a surprisingly easy top four finish at EPL. That placing, along with some Bo1 wins, gets them their first ranking in quite some time.