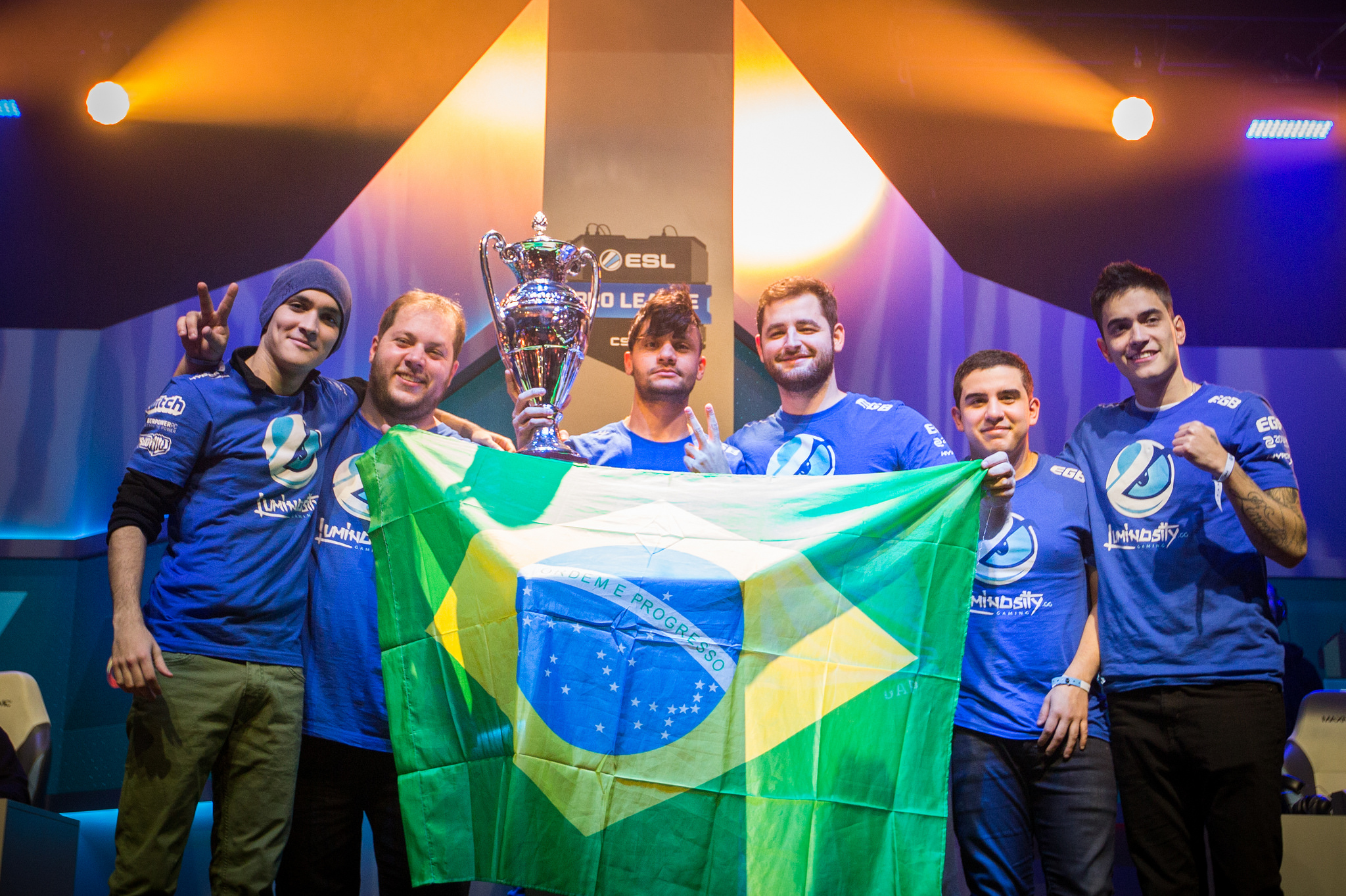 Since the last edition of the rankings we’ve had the Gfinity CEVO-P S9 Finals, Dreamhack Austin, ESL ProLeague S3 Finals, the Minors and the Starladder i-League Invitational.

Na`Vi’s consistency denied Luminosity the top spot, despite winning the major, but they can no longer be denied. The Brazilians took care of the Americas with their win at Dreamhack Austin, including a win over last edition’s new top 10 team in Tempo Storm, and then took down a second big international trophy with their victory at the ESL ProLeague S3 Finals.

Luminosity’s list of victims is very impressive, with Bo3 wins over the following teams ranked top 10 at the time: Na`Vi twice, FaZe, Virtus.Pro, Tempo Storm, Astralis and NiP. That’s the kind of graveyard the best team in the world should boast. For the first time in the history of these rankings, and indeed in CS:GO history itself, the best team in the World is not from Europe.

Those North American excuses have never looked so flimsy.

Na`Vi’s runners-up curse seems to be in full effect, as the last three straight offline tournaments have seen them favoured the win but leaving with the silver medal. Still, for rankings such as these, second place is still a quality finish. Na`Vi’s stay at the number one spot was brief, but they still have the pieces to accomplish a return, should they find a way to break their second place curse.

April 30th 2015 was the last time NiP was ranked in the top three, but GeT_RiGhT and the gang have made the hard climb back to the rarified air of being one of the world’s elite teams. They do lack a few big series win, with series wins over Astralis and Virtus.pro starting to look less impressive than they once did, but their success has put them back in contention for top spots in CS:GO.

A top four finish at the ProLeague finals pairs up nicely with their Malmö win to see f0rest’s boys once more a dangerous team for anyone to face. Welcome back, NiP!

We have to accept that olofm is gone and isn’t walking through that door any time soon. FNATIC with wenton is the team we’ll be seeing and that team looked much worse, close to being swept by G2 at ESL had flusha not gone completely insane. With their previous two results back with olof, they lose some of their credit. FNATIC are a team in danger of dropping many spots on this list in the coming months.

Astralis were always consistent in making top four runs, but the last two events have seen the eliminated in the group stage. Still, they survive in the top five for now on the basis of their previous runs. With new boy Kjaerbye joining the team, those old results will lose status quicker in future editions, meaning the Danes have a lot to do to become an elite team once more.

The Brazilians burst onto the top 10 last edition and now they’ve moved up a spot to crack the top six. A solid finish in Austin, losing only to Luminosity, was followed up with a runners-up finish at the Americas Minor, where that random map draw onto nuke cost them another title. Their map pool is shaky enough that it’s tought to see them climbing much more, but they remain an exciting and explosive side.

Virtus.pro got themselves going again with a title victory at Starladder and a Bo3 series win over Na`Vi, previously hailed as the hardest team in the world to beat, by yours truly. VP still need a lot more series wins, but their results don’t look half bad before you dive into the details. It was crazy to imagine them falling out of the top 10 entirely, as they almost did, but they are still not the VP of old, who scared every team on the circuit.

That one incredible run at ESL was enough to launch G2 back into the top 10 and as high as eighth. shox and company were a few rounds from winning a huge international title, a feat which seemed far beyond them even a month or so ago. Obviously, they’ll need their stars to continue this incredible form, but for now the French side are both back and the highest ranked team from their country, for the first time in the history of these rankings.

EnVyUs continue to slide down the rankings, this time passed up by countrymen G2, but their top four finish at Malmö, including a Bo3 series win over dignitas, keeps them narrowly in the top 10. Things have never looked so precarious for the French side, especially due to their lack of activity.

Making their first ever appearance in the top 10, pronax’s experiment has already found a little success. A top four at Dreamhack included a Bo3 win over CLG. Their other wins were not over top 10 ranked teams at the time, taking a map from NiP and beating mouz in a series. GODSENT seem very up and down, as their failure at the Minor showed, but for now they have earned a spot on this list.