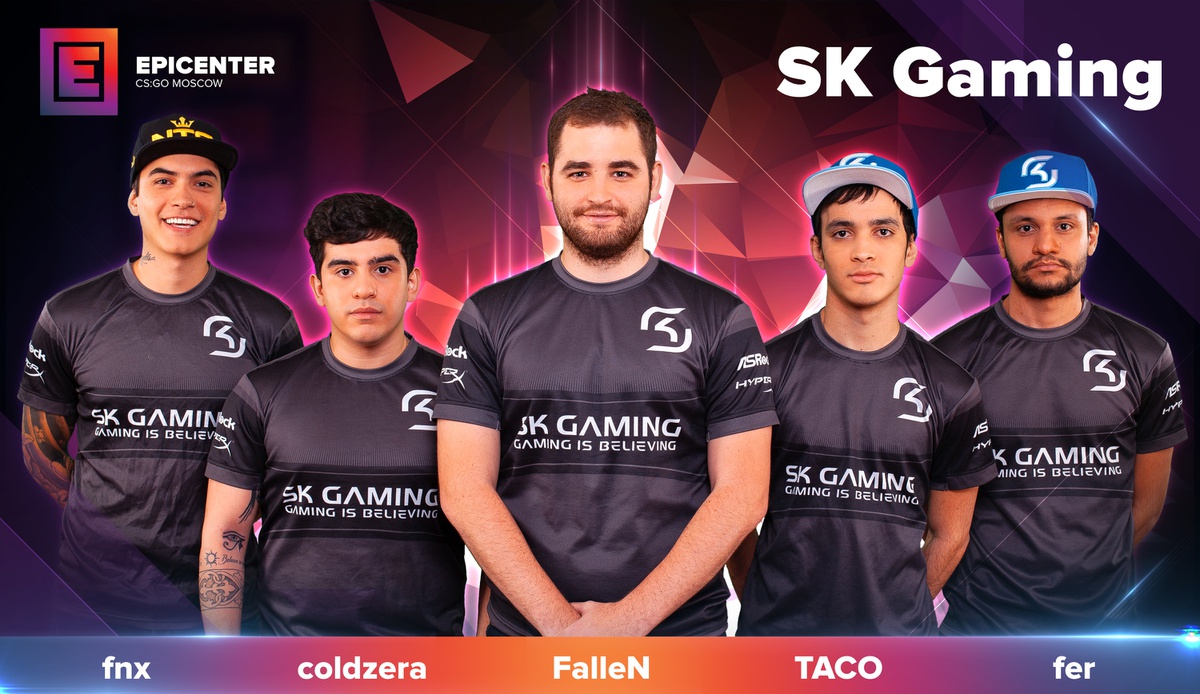 When a team can regain the world number one spot without having won a tournament, then you know they have performed at a consistent and excellent level. SK has played in four big international tournaments and finished top four in all of them, reaching the finals of two. They have also progressed to the play-offs of ELEAGUE, ensuring play-off finishes in five straight offline competitions.

At no point have they lost any Bo3 series 0:2 against any opponent, meaning they have been stacking up map wins against top competition. The Brazilians have beaten Virtus.pro in three maps, NiP in two, C9 in two and Na`Vi in one. To go along with that, they have two Bo3 wins over G2, one over NiP and one over Na`Vi.

Their era has ended, but SK are still a world class team and continue to prove why they will be remembered as one of the greatest teams of all-time.

Virtus.pro will still be considered the best team in CS:GO by many, including your author, but their inactivity over the last few weeks, including pulling out of IEM XI Oakland, has cost them their top spot. They still have a great resume and list of wins, but with so many other teams winning tournaments Virtus.pro can’t sit at home and expect to remain world number ones.

Dignitas were not one of the teams invited to IEM and thus could not make much ground on VP, outside of winning their ELEAGUE group. Still a fantastic resume of wins, but the ELEAGUE groups and Dreamhack Winter need big finishes if they want to make a run at number one for the end of the year.

NiP’s miracle win in Oakland addeed a big win over SK, but the rest of their series wins are over the old Astralis, G2 and nV. One must also consider that all results prior to Oakland came with Maikelele in the line-up, meaning they do not count fully. Regaining a top four spot is big for the Ninjas, but they have to add some big results soon if they want to remain at elite status.

Na`Vi’s incredible run at ESL One New York and their top four at EPICENTER, one of the most stacked events of the year, is all that keeps them afloat right now. As more events go by, the CIS side lacks for consistency and quality results. How long before they drop into the bottom half of the rankings again? What happened to the team who looked capable of becoming the best in the world after NY?

They do still have a Bo3 win over VP on their record, but their only other Bo3 win was over TL. Great teams win Bo3s and right now Na`Vi are struggling to make that happen.

Cloud9 fell short in the iBP final and in the group stage of Oakland, but their strong finishes prior maintain their spot this far up the rankings. Their wins are not so hot when one considers two of their Bo3 series were over the old Astralis and FlipSid3, but their win over SK still counts for a lot when you get this far down the rankings. C9 have also racked up some solid Bo1 results.

G2 have been fairly lacklustre recently, for a team once contending for titles, but they have continued to reach the play-offs of international tournaments and score Bo1 wins. With TL dropping down the rankings, the French side actually gains a spot, for now. With no real competitions on the horizon, it’s tough to see how G2 will regain their status.

As underwhelming as Team Liquid have been, their top four at a big international competition still maintains their status as a ranked team and those below them have criteria which goes against overtaking TL, for now.

EnVyUs accomplished most of their results with Devil and lack massively for ranked Bo1 or Bo3 wins, boasting only a map win against VP and one against TL in the last three months. It looks as if the year may end with them falling out of the rankings entirely.

FaZe have looked much improved since karrigan’s arrival, but deceptively so. Their actual results have not been as stellar as some of their games, many of which have been close losses. Their top four at Oakland was very solid, giving them lots of Bo1 wins in a stacked group, but they could not defeat NiP to add a quality Bo3 series win.

Finishing top two in their ELEAGUE group was nice enough, but they couldn’t make the play-offs at EPL and did not make the final of iBP Masters. Looking at the period after karrigan’s arrival, there’s not as many big results as some may imagine, considering FaZe are rightfully talked about as a team very much on the rise.