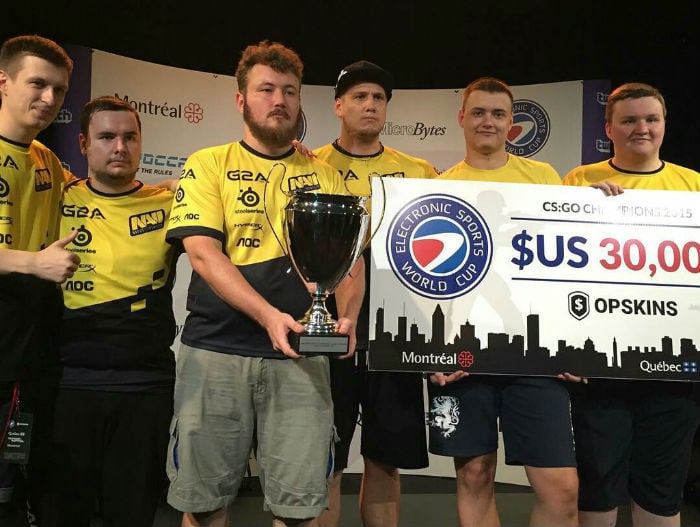 Since the last edition of the rankings, ESWC saw more international play and a number of upset wins.

FNATIC were not in action since the previous edition of the rankings.

TSM were not in action since the previous edition of the rankings.

Na`Vi delivered an event worthy of their third place ranking here, winning ESWC as the top ranked team in attendance. They didn’t get the opportunity to add many maps or series wins of note, facing only Renegades and FlipSid3 in the first two rounds of the play-offs, by virtue of the latter’s upset of NiP, but a win over the freshly top 10 reinstated Cloud9, coming in a full three map final, ensured a solid event for the CIS side.

With TSM’s first event victories set to fall out of relevancy, Na`Vi are very much primed to strike at a top two ranking. Their two event wins were not from the most stacked competitive fields, but they are now displaying impressive consistency, with five straight top four finishes, three straight finals appearances and two straight titles. The day of the FNATIC-nV dual hegemony over the scene appears to be over, as Na`Vi join TSM as legitimate future threats to the Swedes’ crowns.

For a line-up which has apparently come to a finish, it’s perhaps fitting that they at least managed to end their run with a top four finish, the hallmark of their time together, having failed to reach that placing group on only two occasions ever. This event saw them once more bested by Cloud9, so beyond the ranking they have nothing to brag about as it pertains to their place among the top teams.

Virtus.pro were not in action since the previous edition of the rankings.

Last year’s ESWC was the last ever offline tournament for the fifflaren era line-up of NiP, embarrassingly upset by the then unknown Platinium and exiting in the group stage. This year’s saw them once more shockingly upset, this time by a FlipSid3 using Hiko as a stand-in, with second star WorldEdit unable to attend. That shocking loss, in a series in which they had smashed the first map, provides NiP with a second event in their last four in which they’ve failed to reach the final four.

All that keeps NiP in the top six right now is their run of top four finishes and the fact that Cloud9 have still only strung together two good offline performances. NiP are a long way from returning to a top four ranking.

Cloud9 repeated two of their feats from the ESL ESEA PL, beating EnVyUs in a Bo3 and reaching the final of an international tournament. They also competed well with the elite level European team they faced in the final, Na`Vi in this instance. A second straight top two finish allows the North Americans to cut through two spots in the rankings and find themselves as high as seventh, matching the highest mark any NA team has been in the history of my rankings, as iBUYPOWER sat there in the first edition, back in November.

To move past NiP is going to mean C9 can have no let-up in their form, as their placings prior to this run were all far outside the top four. On the other hand, NiP can still point to some additional good results beyond their own two finals finishes. Still, C9 have come a long way from the team which could not even crack the top 10, by virtue of never winning Bo3 series over any of the ranked teams and never being relevant in contesting top spots.

Titan have never looked as bad as at ESWC, where they even lost to the SK team they had beaten at Gfinity. For the first time since the major, the French side went out of a tournament outside of the top eight. Past successes still buoy them up, especially considering they are only holding off the lower ranked teams, but those will disappear as the weeks follow. Losing their two most skilled players threatens to kill Titan for good, especially if they cannot secure the services of shox.

Team Dignitas were not in action since the previous edition of the rankings.

FlipSid3 have been in and out of the rankings over the past three months, but returned with a bang as they won a Bo3 over NiP, the sixth ranked team in the world. That along with the resulting top four finish, albeit with a ringer, adds a nice exclamation point to the CIS side’s resume.

FACEIT Phase 2 Finals are set to be played at Dreamhack Valencia today, providing teams with another chance to alter their standings.