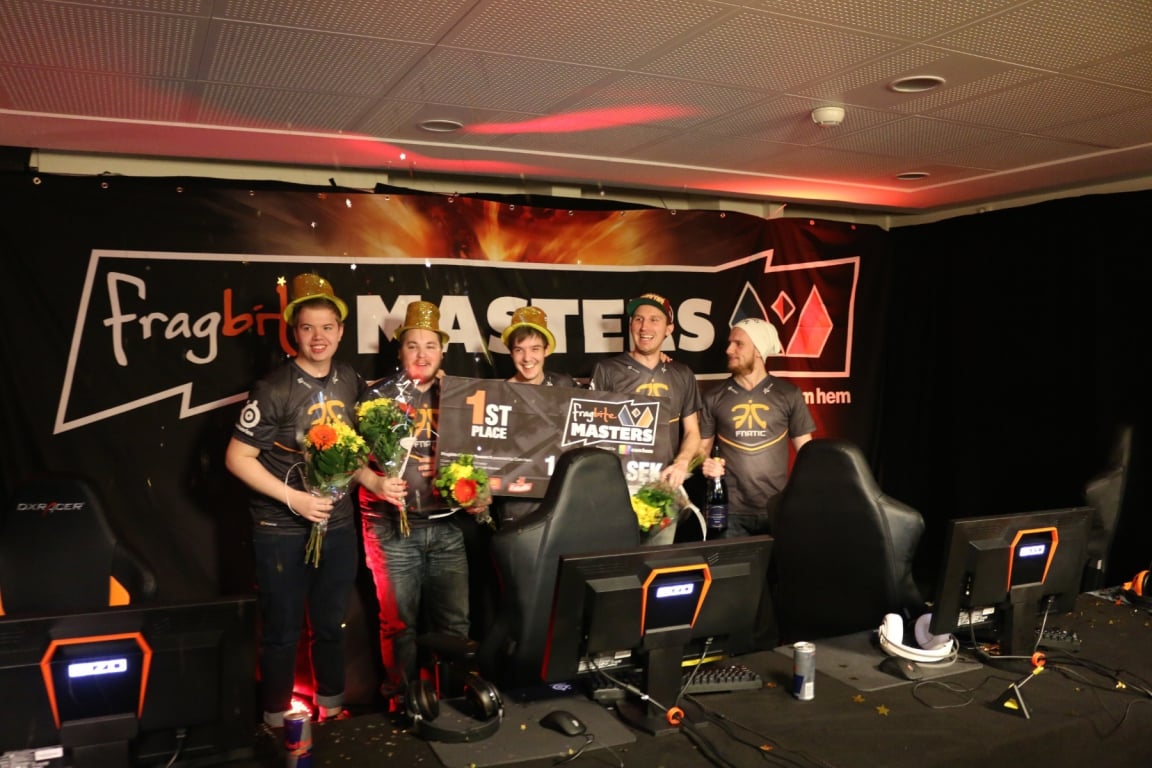 CS:GO has always struggled for a consistently and coherent set of World Rankings, with so many teams attending different events and the difficulty of judging the context of which event’s results should count for more than another. Rather than construct some kind of elaborate point system and place my expertise into the task of allocating which would receive how many points, I’ve instead looked back over the recent form of each of the teams out there and determined, according to my own analysis and intuition, which team ranks where in my global top 10. These are my CS:GO Top 10 World Rankings for November 13th, 2014.

FNATIC are indisputably the best CS:GO team in the world. Their victories at the last three offline tournaments have confirmed as much and the flawless nature of their play has been awe-inspiring to witness. With seven straight top four finishes with this line-up, winning on the last three occasions, it is plain to see that we have entered the FNATIC era and whether they can continue this run of form or not, we will be able to look back on this period of time and remember that FNATIC were the best.

Just as FNATIC’s form leaves little doubt who the best team is right now, so LDLC’s puts them as the clear second best side in the game. With this line-up, they’ve been able to record five straight top four finishes offline, reaching the final of four of those five tournaments. That they’ve only been able to emerge victorious in one of those international LAN finals, the one with the least significant competitive field at that, speaks to their problems as a team. LDLC have the pedigree and talent to be consistently top two in the world, they just don’t have the right system or performance level, right now, to be able to topple FNATIC and start taking more titles for themselves.

With FNATIC dominating everyone, LDLC should be strong favourites to still place top two at every event, assuming they get a bracket without FNATIC before the final, but they have shown themselves shaky in some big games.

The trend of consistency bearing out a team’s level continues itself into the third place in the rankings. Virtus.pro have consistently placed top four, reaching fourth or better in their last four offline tournaments. That the last three were significant international tournaments, shows the level they have been able to achieve. It’s been some time since their marvelous Gfinity victory and the true power of the Virtus.plow has not been displayed since then, but they still always bring a performance good enough to put them into contention for titles, even if they’re not looking like they’ll actually win one any time soon, as is ever the case with that mercurial line-up.

Na`Vi’s biggest problem in climbing rankings has always been not attending enough events outside of the CIS region, one which persists to this day. With that said, within their region they continue to compete well against visiting elite international sides, always seemingly a lock for that StarSeries final day. Na`Vi’s results have been surprisingly good, with some solid placings, just not enough at the big international LANs and often with the caveat of them competing well against a bigger named team but still coming out on the wrong side of the series result.

Winning one of the reasonably recent international LANs does a lot for Titan’s ranking, especially when you look at the names they are placed ahead of as a result of that victory. On that day in Stockholm, they were phenomenal. Since then, the team has struggled to produce that kind of magical form, though they have had flashes, such as their ESWC France win over LDLC. Half the problem for Titan has been that it feels like LDLC, their French rivals, are the only team they have been drawn against in Bo3s, giving them their key wins and losses. Their loss to Na`Vi at StarSeries XI was a blow, at least if you hoped they could become a new elite team.

I still think this Titan team has the approach and personnel to be one of the sides which can give FNATIC some trouble, but that’s a topic better looked at in a video. For now, Titan still can ride that Dreamhack result a little while longer, but sooner or later they’re going to need to face and beat teams other than LDLC to gain ground in the rankings or prevent theirs from slipping.

After ESL, Dignitas still seemed to be firmly stuck at the hurdle of being good enough to beat anyone on the run up to a big semi-final, only to always flop there and fail to reach the final. From that tournament onwards, the team has actually lost ground and fallen from even that kind of consistency. This new Dignitas is no longer a favour up until that point, they’ve been losing key series prior to the semi-finals and generally look to be a mess, their flaws more exposed than ever before. Their run of raw results still keeps them in the top six, just barely, but their FACEIT and fb Masters results feel deceptive, since they accomplished them entirely on the strength of their always excellent online form.

This ranking represents a now defunct line-up, so it the impact of the next LAN results will weigh more heavily on how it shifts. This line-up seemed to have finally hit a peak of form, going from their solid loss to Titan at Gfinity, way back in August, through to a first ever final at an international event in Europe. That victory had iBP at their best and showed they could be dangerous on the right maps. The ESWC result was not as damning as some might suggest, since Na`Vi match-up deceptively strongly against a lot of the top sides right now. iBP seemed to be a solid track to break into the top five or six of the rankings, but the roster changes seem almost certain to have derailed that entirely.

This is another ranking representing a line-up which has changed. NiP were on a downward spiral before ESL One Cologne and even their miraculous victory there could not stop the inertia of their drop from the top. Going out in the group stages of Dreamhack Stockholm and ESWC, combined with failure to even qualify for a number of offline finals, has put NiP as low on the rankings as eight, something inconceivable even as far back as a month or two. If Maikelele can take them to a higher level then Dreamhack Winter offers a great chance to climb, but a poor result there could seem them plummet even further, as Cologne becomes of no real significance at all.

HellRaisers are a known quantity at this point: containing skilled CIS players but only good for the odd upset win over a good team and then the inevitable loss to a team you’d expect them to be able to beat. The only big top four finish the team have managed this year was way back at Dreamhack Summer, with a favourable quarter-final draw at that. Being as they also fail to attend enough events outside of their region, as is the case with Na`Vi, that their results within it tend to be a little lacklustre is not so impressive either. If HellRaisers at least dominated Na`Vi, then they could make a claim for a higher slot, but they consistently fail to do that.

Beating Virtus.pro with a stand-in at GameShow, falling as ever in the quarter-finals at ESWC and continuing to score the odd online upset is not enough for HR if they want to be considered a top international team.

Coming into FACEIT, C9 should have been poised to potentially cause an upset and reach the top four. They had the cache win over Virtus.pro, a famously strong team on that map, but gave up too many rounds both in that game and the inferno that followed, putting them out on round difference. At ESWC, they again went out in the group stage on round difference. With the results in Cologne quite far behind us now, it’s tough to make any kind of case for Cloud9 as higher than this spot, barely broken into the top 10 at all. The odd good map of play or a close loss does not amount to the difference a win can make.

I’ll update my world rankings following the next offline tournament.