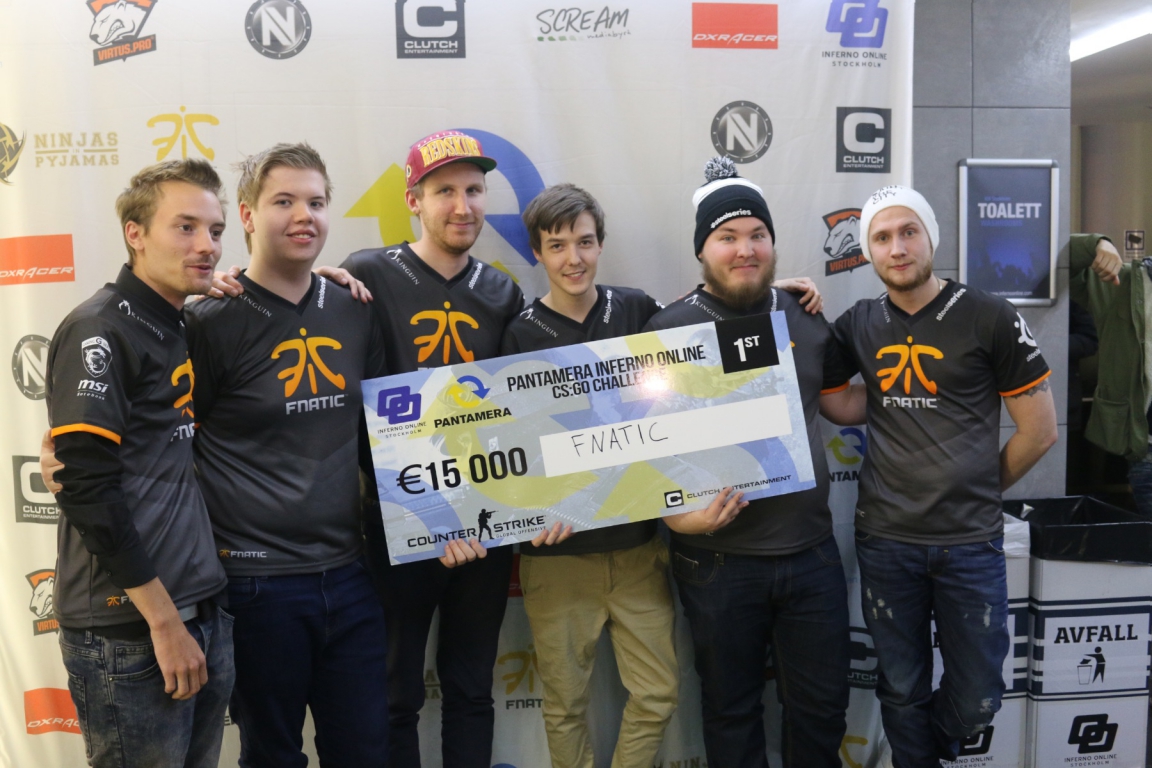 FNATIC regain the top spot after their impressive performance in Sweden. Losing only one of five group stage games, they went on to defeat rivals EnVyUs in the long awaited Dreamhack Winter Bo3 rematch. In the final, they narrowly beat out a resurgent Titan team who looked destined to win the event in surprising fashion. nV were the best team in the world and FNATIC took them down, while Titan were the hottest team in the world, on that day at least, and also fell to the former number ones. Taking into account that nV narrowly took the throne after MLG, on the basis of consistent top two finishes, FNATIC’s win here, with all four of my top four ranked teams in attendance, edged them back in front.

It may seem, in light of my previous edition of the rankings coming out last Friday, that nV’s stay at the top spot lasted only a day, but in reality they reached that spot as a result of their MLG win, so their reign lasted for almost two weeks. nV looked good in Sweden, losing only to FNATIC and Titan. The former LDLC side are still poised to regain the top spot with a win in an international tournament, not least since the fragbite Masters final result will soon lose all relevancy. Their run of four straight top three finishes makes them the most consistent elite team in CS:GO, but they need to win a big event or at least see FNATIC finish outside of the top spot.

The results of the last two events are a positive sign for CS:GO in that FNATIC now have real competition, but are not dead and buried yet. The next few events should see a true battle for the top spot between at least two teams, with each able to beat the other and all the other teams in the game.

NiP’s disasterous IOS run saw them exposed a few times, notably in how easily Titan handled them on inferno, the map NiP had seemed to have settled on as their new home map and had played elite teams like LDLC and FNATIC so well on. Despite winning only a single map in five attempts, NiP’s blunder on home soil does not affect their ranking, with Titan failing to win the event and VP performing almost as poorly. NiP hold the third spot, but have some work to do if they want to overtake the two teams above them, who seem locked into their own two-way battle for the crown. With a major on the horizon, that would mark NiP’s chance to regain the top spot.

The Virtus.pro slump is clearly real, not merely an outcome of whatever circumstances surrounded the ASUS ROG tournament. Winning only one map at this event, VP again performed well below the level one expects from the team with the most top four international finishes in 2014. They were able to smash Titan in their final group stage game, but the French side had already secured a spot in the final and the map, cache, was one of VP’s best. The big problem for the Poles is that TSM and Titan look poised to record some good results in the coming months, while some of TaZ and his team’s results from November are set to be forgotten. VP needs a big result soon, as they’ve already relinquished the title of elite team. No longer are VP contending for tournament titles.

TSM stay where they are, with no events attended and nobody surpassing their results, yet.

Titan’s amazing run to the final of IOS was certainly thrilling and arousing, but one must take into consideration the context of the tournament. The format of the event meant that Titan only won single maps against their opponents. Admittedly, they recorded some of the best possible results within that stage of the tournament, defeating teams like FNATIC, nV and NiP on their best maps, but they were still group stage Bo1 wins nonetheless. With there being no semi-final for us to see them face another opponent in, we only saw their loss in the final to FNATIC, in terms of Bo3 series competition. In that series, Titan accounted for themselves very well, but still lost 0:2.

Na`Vi not attending and ESWC disappearing from the ledger makes it appropriate to push the French team up above them, but TSM’s results, including a Bo3 series win over FNATIC in Aspen, mean the Danes still hold the edge over Ex6TenZ and company.

Na`Vi sat at home while IOS took place and there is no change for them. With their last event attended as their semi-final run at Dreamhack Winter, this team is in serious danger of contuining their free-fall down the rankings, unless they record an impressive result soon.

HellRaisers sat at home while IOS took place and there is no change for them.

Cloud9 sat at home while IOS took place and there is no change for them.

PENTA sat at home while IOS took place and there is no change for them.