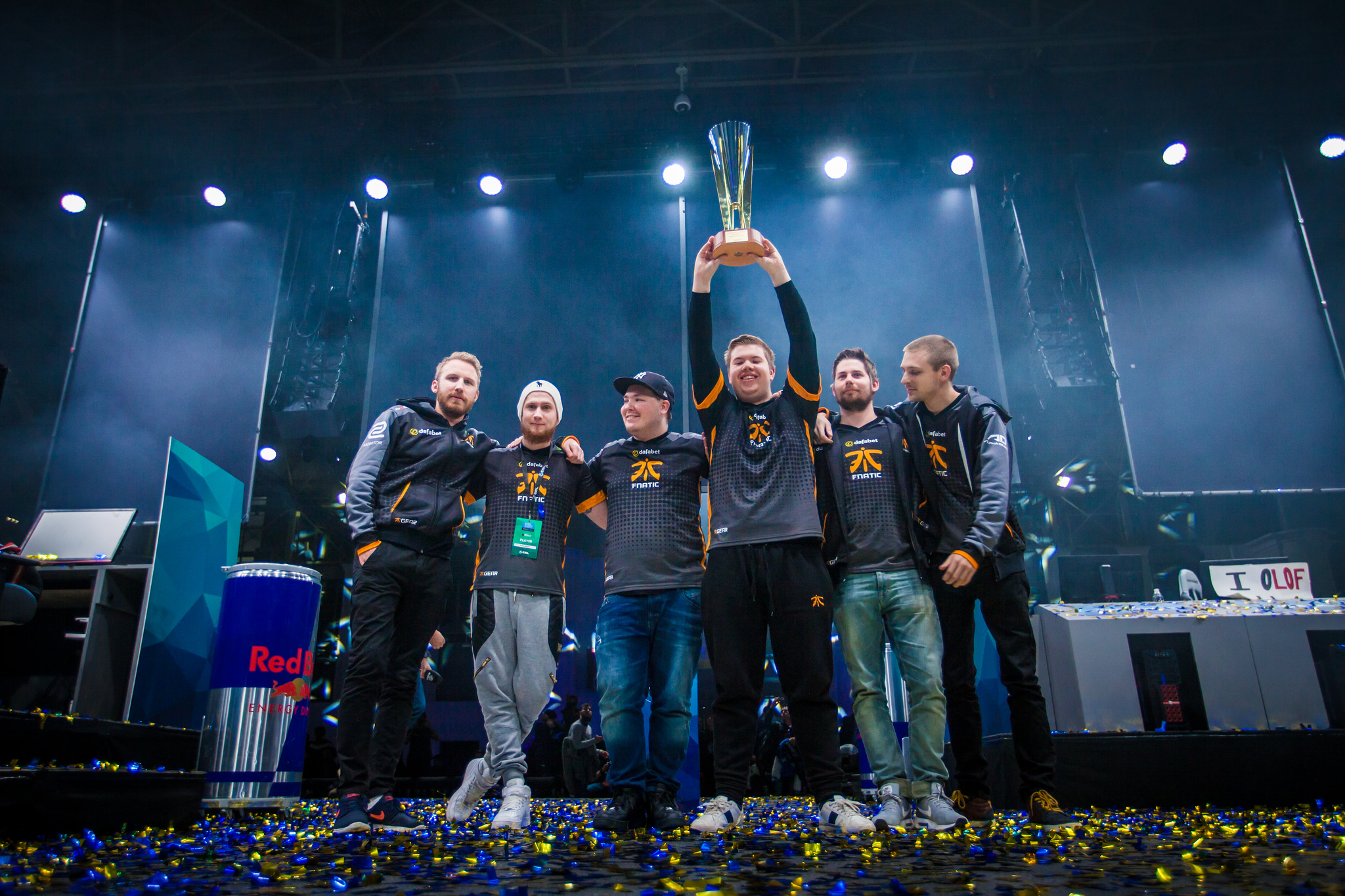 Since the last edition of the rankings , we’ve had CounterPit S2, Copenhagen Games and MLG Columbus. The FNATIC streak of winning tournaments ends at six in a row and their star player (olofm) looks to be limited by injury, so FNATIC finally seem set to fall in the rankings. Today won’t be that day, though, as three of their titles still stand, including a huge international event last month. Even failing to make top four at the major didn’t provide a large enough window for anyone aside from Na`Vi to over-take them. FNATIC’s record in big series won is ridiculous, with two wins over AStralis, two over Luminosity and two over Na`Vi. Losing olofm for the time being of course puts FNATIC at risk of sliding out of the top spot. It was a close call to decide between Na`Vi and Luminosity for the second spot, since Na`Vi did still manage to finish runners-up at the major; but I edged it to Luminosity. The Brazilians are not just the major champions, but have beaten Na`Vi in three Bo3 series over the last three months, which is massively impressive, even with GuardiaN’s injury likely hampering the CIS squad for two of those. For now, Luminosity climbs ever higher and takes the highest placing in their history. It was hard to knock Na`Vi down a spot, since they continue to rack up elite level placing and wins over top opponents, but the weight of the major tipped the scales in LG’s favour. Na`Vi are a long way from dropping out of the top three, though, with their run of five straight top four finishes, reaching four finals and winning two events. That’s incredible stuff and means they are right in position to reclaim a top two spot, not least since they seem less affected by GuardiaN’s injury than FNATIC are by olof’s.

Of course, if you’re Na`Vi then you’re thinking that if you’d won the major you would have been in prime position to take that top spot from FNATIC. Astralis still have an obstacle blocking their path when it comes to winning tournaments, but their consistency in going deep in tournaments cannot be denied. In the past three months this team has finished top four in six of the seven events they have appeared at, with their last six straight appearances yielding a run to at least that mark. Top four at the major was a disappointment, in the context of the chance to reach the final or even win, but it means they continue to add placings and hold fast while teams like nV fall below them.

Should this team ever start to win events, this body of work will see them climb quickly into the top placings, but crossing the finish line is still their biggest problem. dignitas, like nV are a side living on the results of the first month and a half of the last three, but those are still solid enough to keep them where they are. They did win three notable series back then (Virtus.pro, mouz and nV), while the teams below them largely lack series wins, enough top fours or anything compelling outside of a single tournament. As poor as nV have been in the last month or so, finishing last place in three straight international competitions and failing to be any kind of factor in those tournaments, their placings earlier in the considered span of time and their series wins back then are enough to keep them floating in the realm of the top six. nV are far from a good team right now, but who of the teams below them can stake a claim to better accomplishments in the last 90 or so days? nV beat FNATIC in a Bo3 once and Astralis twice in the last three months.

Having changed roster prior to CounterPit, their older results do lose some of their weight, so they drop below dignitas. Oh how they laughed when CLG appeared at seventh in the last edition of these rankings, but their Bo3 series over a top 10 ranked opponent, single map wins over nV and top four finish at an international competition justified such a placing. Beating nV again at MLG to advance from the group and make their first major quarter-final only solidified CLG’s tenuous spot at seventh. How long they will stay here is another matter entirely, but they remain the top ranked North American team and the most reliable side from that region. Three map wins over nV mean a lot less than they used to, but they still amount to something. On the one hand Team Liquid’s scintillating run at the major deserves such a high ranking and on the other it is to be short-lived, as this line-up lasted only for those two offline events and is already a thing of the past. Winning a series over CLG and maps off FNATIC and FaZe gives them solid match results to go along with top four at the biggest tournament of the year thusfar. Two North American teams in the top eight shows the growth which that scene has undergone over the last few months. Virtus.pro’s slump is largely based online, though their offline play is certainly not as potent as it was even late last year. Offline, VP can still compete with the best teams in the world, as their series against Na`Vi and Luminosity showed. They aren’t winning series, so their placings are a little deceptive, but VP still deserve a decent ranking and are a good result from starting to turn their fortunes around. Another line-up which is receiving its final ranking in this incarnation is G2, who still have the marginal results are international competition to put them ahead of the tier 2 gatekeepers like mouz and HellRaisers. This G2 team did win a map from VP at the major and still have a couple of half decent finishes in the last few months. With the departure of Ex6TenZ it remains to be seen how much of their tactical approach is leaving with him.