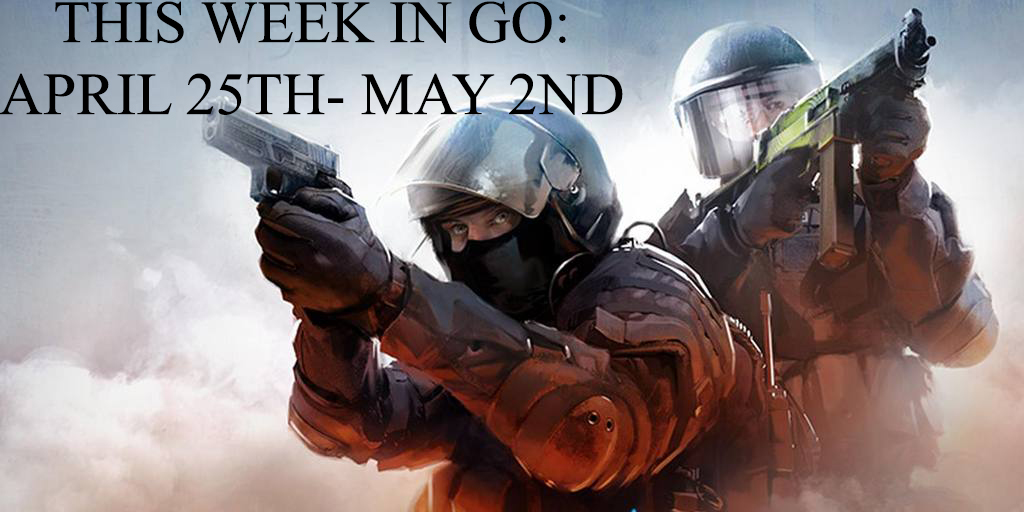 This week I cover: the replacement of Inferno with Nuke, the reemergence of discussion surrounding the iBUYPOWER match fixing scandal and the unending North American roster shuffle.

This past weekend, Tempo Storm took first place at CEVO Gfinity Season 9 Finals with a 3-1 victory over SK Gaming. The tournament featured the top eight victors from previous CEVO events. Both predicted finalists, Hellraisers and Virtus.pro, were eliminated in the semifinals in upset losses to SK gaming and Tempo Storm respectively.

On April 21st, Valve introduced an update which removed Inferno from the competitive map pool, replacing it with the updated Nuke. Although Inferno was commonly played within the professional scene, concerns about the map’s design were sometimes raised by players. North American in-game-leader Eric ‘Adren’ Hoag states in one such complaint, “The skyboxes 100% need to be changed on [Inferno]. You can throw one smoke and cut off the entire bombsite.” There are two questions that come as a result of this change: was Inferno the right map to remove, and is Nuke ready for competitive play?

I suspect that the legitimacy of Inferno was called into question mainly due to concerns regarding Counter-Terrorist smoke rotation to bottom and top banana. Counter-Terrorist sides could easily rotate five smokes to the lone entrance to the B site. A single smoke lasts eighteen seconds. This means that if the first of five smokes pop ten seconds into a round, a Counter-Terrorist team could keep their aggressors smoked off until merely five seconds of round time remained. To counter this, Valve increased the round time from 1:45 to 1:55; but, unsurprisingly, increased round time had little impact on the success of smoke rotations. I disagree with this decision. Inferno still presents a full dynamic range in play on both Terrorist and Counter-Terrorist sides of the map.

Although the smoke rotation was common, the positioning of the smokes varied among different teams. Teams like Virtus.pro commonly smoked bottom banana, Ninjas in Pyjamas and Fnatic commonly smoked in front of the car, while teams like EnvyUs and Luminosity would choose to smoke top banana and defend B from the site. There was also a fair amount of variation among terrorist side strategies. Inferno saw a pretty even mix between A and B attacks, with no standard strategies in attacking those sites. The only top ten team that frequently banned Inferno was CLG, who have avoided the map for over a year. One could easily make the case that a map like Dust II, which is infrequently chosen by teams due to its simplistic nature, would be a better candidate for removal. The argument for Dust II being removed has also been made by Duncan ‘Thorin’ Shields.

As to whether or not Nuke is ready for competitive play, only time will tell. The design of the outside area might see very terrorist sided engagements. This is due to the ease of motion in the newly designed outer catwalk area. Valve deserves some credit in the timing of the map switch.

Debate around the justification of the former IBUYPOWER player’s bans, initially put in place January of 2015, has existed as long as the bans themselves. The most recent flare in discussion was brought on by a number of tweets made by banned player Sam ‘dazed’ Marine, who publicly asked Valve if there would be any system in place for players to become unbanned. The tweets led to an impromptu interview between Dazed and esports journalist Richard Lewis on The Richard Lewis show, which took place April 26th. Lewis is known as the investigative journalist that gathered the details that implicated dazed’s former team of match fixing.

This interview is a must watch for anyone attempting to understand the context of the throw, and the emotional implications of being involved, both from the perspective of an involved player, and the journalist who uncovered the truth. At one point Richard Lewis states, that in a private meeting with Valve, “They actually said, the one thing that we have to have everybody afraid of is cheating or throwing matches. There has to be a culture of fear surrounding doing those things. That if you are willing to undermine the integrity of the sport using either of those methods, you pay with it for your careers ultimately.”

But despite this attempt to create “a culture of fear,” the reality is that instances of throwing still occur with decent frequency, and Valve has introduced no systems of moderating betting activity. The same day of the interview, pro team Inchk1ing was involved in match fixing activity. According to CS:GOlounge, the supposed throw took place during the SEA Rising Stars Promotional.

Regardless of one’s opinions on whether or not former IBUYPOWER players should be unbanned, based on the prevalence of match fixing events, it is clear that that the “fear culture” around throwing is weak at best. At most people attempting to throw will take more precautions in planning after learning the ways in which others have been caught. If Valve wants to have a fear culture, they need to up their game on monitoring the current betting activity on matches instead of harshly punishing convicted players and hoping their sentences will deter others from throwing.

For someone to get caught throwing, they need to raise the suspicions of CS:GOlounge by placing bizarre bets on games, then they need to be directly involved in that activity on their main account. The IBuyPower, Epsilon, and Inchk1ing players were all connected on their main accounts.   Every instance where someone has been caught throwing, the players have had some connection to their main account.  One could easily get around this by placing several bets across multiple accounts from different IP addresses (done via the use of a VPN), selling the winnings on OPskins and transferring money via Paypal or BTC. In order to denounce the possibility of throwing via this method, one must assume that every instance of throwing has involved some connection to the player’s main account. If a throw was done in this manner, and the actual loss was not blatant, there would be likely no initial suspicion or means of connecting abnormal betting activity to the players involved.

In order to come to a consensus regarding the different opinions on the basis of match fixing bans, I would recommend Valve creates a system to rehabilitate caught players and institutes a team to monitor potential instances of match fixing. These programs would create the “fear culture” Lewis speaks of, while giving players a chance to prove their personal growth.

Supporting North American Counter Strike is riding a roller coaster of broken dreams and lost skins. It is moderately high highs and disastrously low lows. It is the daily “NACS” memes which perforate forums, and it is an endless list of group stage eliminations. But, it is also the glory of watching an underdog come out on top. It is the happiness of making three consecutive finals, and the torment of losing three consecutive finals. It is watching a team slowly improve over months, only to waste it all on some short sighted roster change. Once again, North America enters the dark ages.

On April 23rd, Cloud9 announced that they have rostered Alec ‘Slemmy’ White to take over the In-game-leader position from Jordan ‘n0thing’ GIlbert. Slemmy is a grossly untested player, so picking him up is a gamble.

On Team Liquid, Oleksandr ‘s1mple’ Kostyliev has decided to leave the team and move back to the Ukraine to be with his family. This move comes after Team Liquid’s impressive top four finish at MLG Major Championship: Columbus.

Team Liquid only narrowly lost a spot in a major final at MLG Columbus, where they suffered two overtime losses to Luminosity Gaming. As the star player of the team, the loss of S1mple carries with it a major decrease to the team’s skill ceiling. Now, one can only hope for a new North American team to reach a new skill ceiling for the region. Unfortunately the top no the current top teams are unlikely to win an event. Within the next three months it is possible that Echo Fox, who has been steadily gathering talent, has a breakthrough event. Apart from distant hopes of a team improving, CLG and Team Liquid will likely continue as the international representative of North America, likely to slithering along the sphere of mid tier Counter-Strike.

Clip of the Week

This week’s CotW goes to this one vs. five play by Stewie2k in a Rank S match.