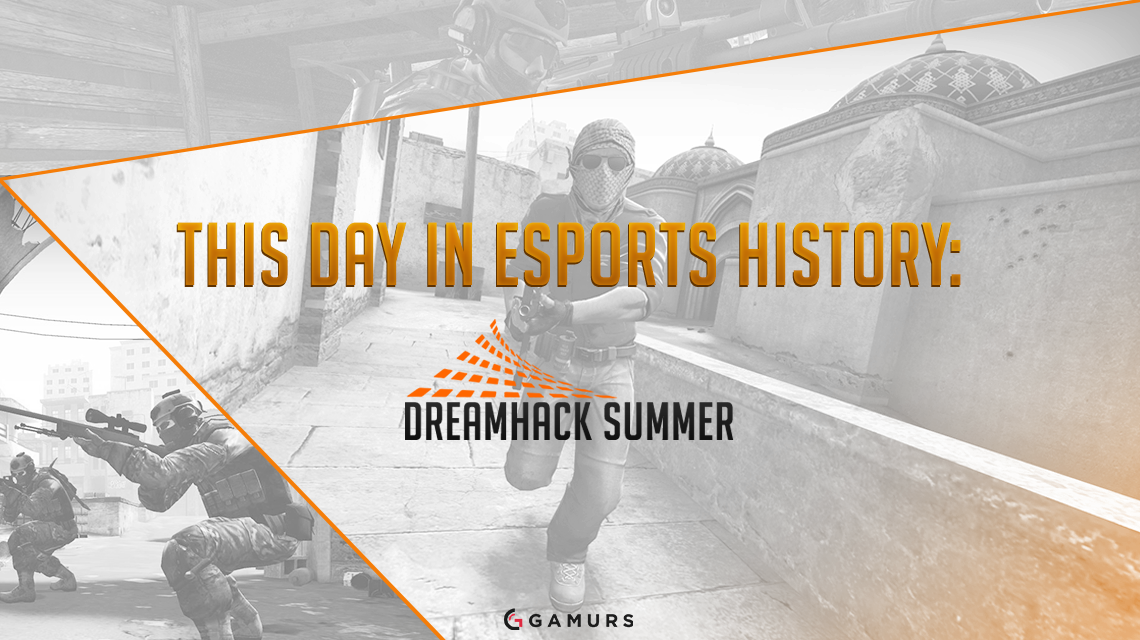 On this day in 2002, the first DreamHack Summer event kicked off in Jönköping, Sweden. DreamHack had already been hosting general and Winter events for nearly a decade when they made the decision to host two large events per year: DreamHack Summer in mid-June and DreamHack Winter in late-November. The two events were originally created to cater to specific audiences with the summer event focusing primarily on video games, while the winter event was aimed toward the demo scene. Since then, the division of the events has all but disappeared.

The first DreamHack Summer even featured a Counter-Strike tournament. Not a lot of information is actually available about the tournament, such as the prize pool or the scores, but nonetheless, it is the first recognized DreamHack Counter-Strike event. This tournament would be the beginning of a long and storied history as DreamHack has continued to expand their reach, hosting tournaments all over Europe, and now in North America.

The only things that are actually known about that inaugural tournament is that it was a best of one double-elimination tournament that saw 32 teams compete with Ninjas in Pyjamas placing first (because of course they would), followed up by “Divine” and “Backstab” in second and third respectively. In the DH Summer history, Ninjas in Pyjamas holds the record for most championships at four (2002, 2006, 2013, 2014). Other multi-time winners are Fnatic and SK Gaming, both with two championships. Natus Vincere holds the record for most second place finishes with three, while they have yet to win the event.

DreamHack took an incredible risk by splitting their events and creating DreamHack Summer, but it sure paid off for them. DreamHack is now thriving and doing better than ever before, as DH Summer has become a staple in the Counter-Strike community with the event continuously getting bigger and better every year.

Later this week, DreamHack Summer returns with their 15th annual event, boasting a $100,000 prize pool, by far the largest in its history.

That is all for today’s edition, but come back tomorrow to find out what happened on June 14 in esports history.