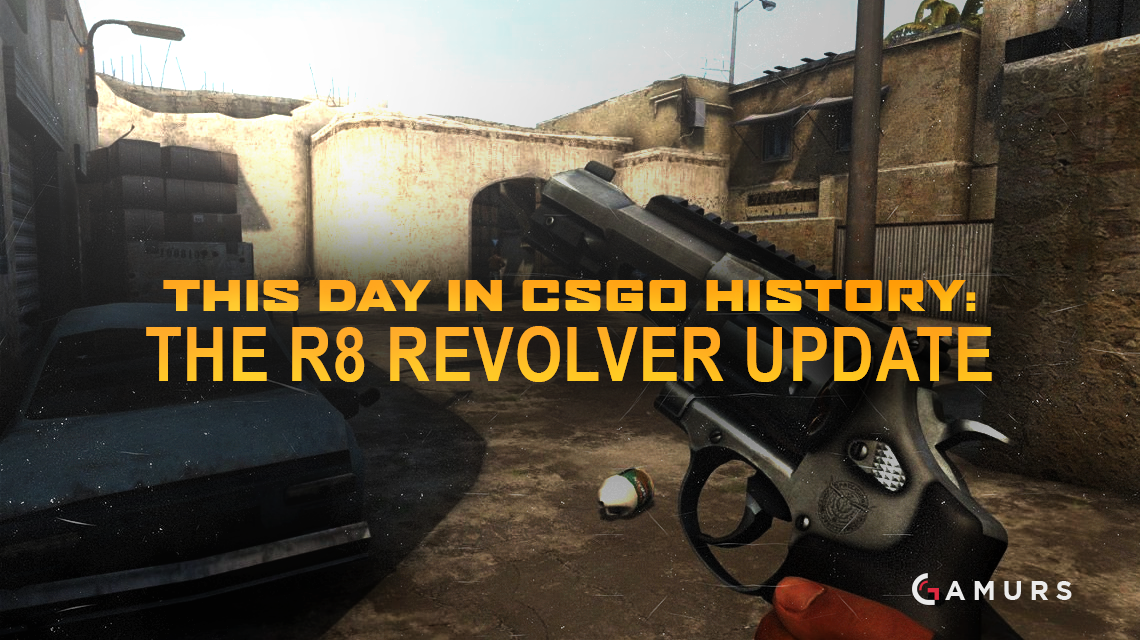 One year ago today in Counter-Strike history, Valve introduced the R8 Revolver into CS:GO. This patch had arguably one of the most absurd additions to any game I had ever played in my entire lifetime of playing video games.

The R8 wasn’t just broken; it was game-breaking. For only $700 in-game dollars, you could change the meta in an instant. Both firing methods could one-shot players from insane ranges. As an added bonus, you could even demoralize your enemies with your handy-dandy pistol while moving with perfect accuracy. Hint: you’re not supposed to one-shot players at any distance with no recoil with any gun. All you have to do is spam the mouse-1 button and have decent aim, and you’d be able to win most gun-fights against riflers and AWPers.

In case you were wondering why this is such a problem, here are Jordan “n0thing” Gilbert’s thoughts at the time of the update.

The addition of such a gun felt pointless because of the damage and firing rate being comparable to the Desert Eagle pistol. With the “Deagle,” players could “one-deag” with a shot to the head or kill enemies with two body shots. When the R8 was finally fixed (and changed to $850), it was essentially another Deagle added to the game. I would argue that Valve added the Revolver to the game (along with the Revolver skin case) as a money-grab because of the skins that were associated with the gun. Did they assume that players wanted to be like McCree from Overwatch? Was this update an eight-month delayed April Fools prank from Valve, with love?

Here’s a brief summation of the Counter-Strike community’s sentiments after the R8 was released.

What do you think of the R8 revolver? Give us your thoughts below or tweet us @GAMURScom