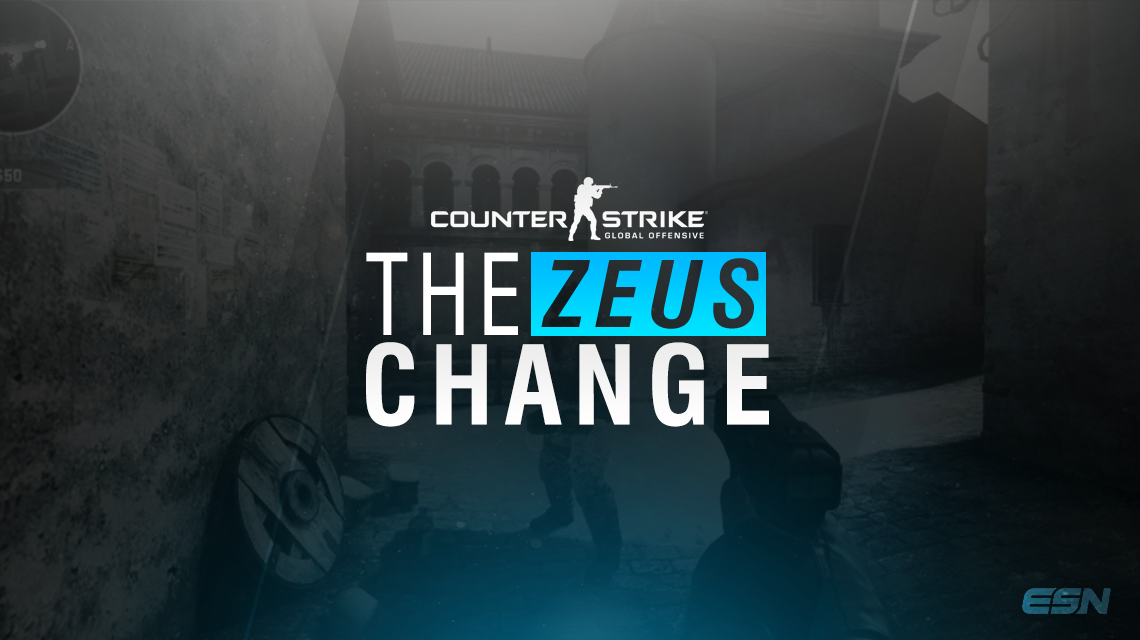 In Counter-Strike®: Global Offensive’s latest patch, Valve Corporation lowered the price of the Zeus x27 from $400 to $100. This was definitely a crucial change to the meta of the game; players are running around with what many call the “taser.”

*Disclaimer: An update to the Zeus has been made by Valve – increased price to $200, reduced kill award to $0, and reduced max player speed to 220. The usage of this weapon has had a crazy spike within the last few days, and as it turns out, the reward of using this taser is quite high. We’re already beginning to see changes to the metagame of competitive CS, through Zeus-abuse tactics. As the game’s description of the Zeus states, the taser is “Perfect for close-range ambushes and enclosed area encounters, the single-shot x27 Zeus is capable of incapacitating an enemy in a single hit.” With the latest price drop on the Zeus, many players within the community provided mixed views. Initially, it was believed to have been a great implementation, but at that time many underestimated its power in-game.It was quite odd that Valve decided to go with this change without forewarning, but they definitely have had a past history with these sort of things for Counter-Strike. Fortunately, the price drop only affected an equipment item. https://twitter.com/jwCSGO/status/647836267099648000 The Zeus has one main problem: the ability to one-shot a fully-equipped player for only $100 in currency. The price of the taser is so low it could actually be utilized throughout any round of a competitive series to be honest. And at close range, the Zeus is a killing machine. It does what the P250 pistol tries to achieve with a single headshot. Essentially, this is a one-shot wonder. The Zeus is an aberration to the CS economy and might see a possible change within the near future. Counter-Strike commentator Auguste “Semmler” Massonnat said it best:

It’s quite obvious on how to fix the dilemma: increase the current price or change it back to its original $400 value. This may bother some, as it would revert the new-coming game meta back to what it originally was; an irrelevant sidearm. Honestly, I cannot deny that I’m totally fine with that. Valve seems like they won’t be making any recent changes, especially when they released this patch prior to major qualifiers and a $100,000 tournament. Here are some price option scenarios: *Note: as we move up the price tiers, I’d like for you to keep in mind that the price point would become too expensive to use during pistol rounds.

Regardless of how you feel about the specifics of the Zeus, I believe we can all agree on a few things. The $100 Zeus is too powerful and has no place in competitive CS:GO with is already being banned in CEVO Leagues, the $400 Zeus price is too high to be relevant, and we desperately need a test client to insulate competitive play from future absurdities. The changes to this taser may be the least game changing from the recent patch, but it’s also one of the most ridiculous. This equipment item has never had a vital role in CS:GO before this buff, and I don’t see there being one for the future. There could possibly be price increase if anything. Original Zeus Patch notes – http://blog.counter-strike.net/index.php/2015/09/12496/. What are your thoughts on the latest change to the Zeus x27? Let us know. Stay up-to-date with the latest changes in Counter-Strike®: Global Offensive over at our Twitter – @ESNCS.