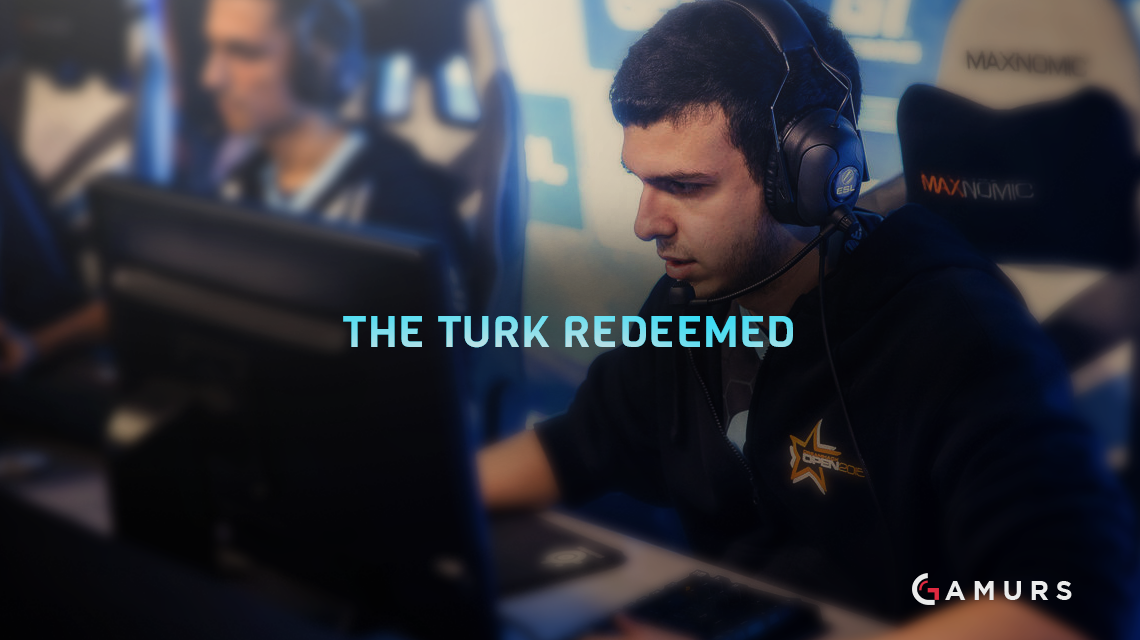 OpTic Gaming, following their recent string of impressive results, are North America’s best Counter Strike: Global Offensive team and boast one of the world’s best lineups. The lineup, initially a mishmash of rejects from other top North American teams playing together as Conquest, struggled for form against domestic competition and lacked the identity to win internationally. The team, after cutting streaky sniper Shazeb “ShahZam” Kahn, seemed to live or die by the play of AWPer Oscar “mixwell” Cañellas. The Spanish import was a consistent carry from game to game, but not enough for OpTic to break the mold as a real threat. OpTic’s fortune changed when they salvaged the remaining talent from the crumbling Counter Logic Gaming roster in Tarik “Tarik” Celik initially to replace support rifler Peter “stanislaw” Jarguz, who would eventually return to the lineup in place of Damian “daps” Steele.

With this change, OpTic became the rising force they are today, poised to prove their potential at the upcoming Major. Tarik, whose play suffered in the waning years of CLG’s relevance, is now in the conversation for one of North America’s most impactful players. What changed from his time on CLG, where he was referenced as the textbook example of constantly fizzled capabilities? Why does Tarik shine so brightly on this roster when his play on CLG was so hit or miss? In looking at the grand scheme of his career, Tarik’s actualized potential on OpTic makes sense when one understands what kind of skills Tarik has as a player, and how different factors during his time on CLG limited these skills. This OpTic lineup is Tarik’s great redemption, finally given the opportunity to demonstrate his long-suppressed aptitude on the largest stage.

Tarik’s rise to the elite tier of North American CS:GO came largely as a result of the tumultuous climate surrounding the scene at the time. The region’s two top teams, iBuyPower and Cloud9, had both bombed out of the DreamHack Winter 2014 Major in the group stages, and both planned on making roster swaps. As a result, Tarik and the up-and-coming mouseSpaz lineup took advantage of the weakened scene and became one of the strongest domestic lineups basically by default. Tarik’s explosive play as a hybrid rifle and AWP turned heads during the MLG Aspen Online Qualifier and the G2A December Cup, most notably beating the Sam “DaZeD” Marine iBuyPower lineup in two separate multi-game series (including a close five-game final in the latter tournament).

This iBuyPower lineup, according to rumors circulating at the time that have since been confirmed, was expected to join the Evil Geniuses organization and pickup other North American superstar Spencer “Hiko” Martin. Hiko, who left the Cloud9 roster after the major, especially wanted to play with Tyler “Skadoodle” Latham and DaZed, the region’s best AWPer and in-game-leader respectively, making this easily the strongest North American lineup on paper at the time. With this in mind, Tarik’s incredible performance across both series gained a certain notoriety as an answer to North America’s woes, including both the continued international failure of Cloud9 and permanent banning of the ex-iBuyPower lineup (which incidentally also killed another of North America’s good teams in Josh “steel” Nissan’s Torqued).

Tarik’s allure was further augmented by his streaming of all of these games, allowing many North American fans, desperate for a new promising team, to listen in to the team communication and watch Tarik take over games from map to map. The early success and camaraderie of the mSpaz lineup, who would get picked up by CLG just before leaving for Aspen, as seen in these streams helped to garner a fan-base for the team and Tarik especially, the young star with all eyes on him even before his first real LAN at MLG Aspen. And though he was clearly skilled, he lacked polish: his former teammate James “hazed” Cobb discussed the difficulties of teaching Tarik team-oriented Counter Strike on the talk show Counter-Points with Duncan “Thorin“ Shields and James “moses” O’Toole.

With the stage set, CLG pulled a miraculous 30-round victory in the opening match of the tournament against recent major winners LDLC on Dust II, one of the French side’s best maps. Though they would inevitably fail to get out of the groups, CLG’s win was a continuation of the promising form they showed in online in the weeks prior, and the hype surrounding CLG continued to grow. North American fans were ravenous for whatever promising signs of life they could find in their scene, placing enormous expectations for the trajectory lineup that showed such promise so early. After the team beat Titan on the back of a huge carry performance by Tarik in the ESL One Katowice Major Qualifier shortly after their breakout win in Aspen, then subsequently came back to beat HellRaisers on Nuke in their opening group stage match at the major. It was clear that this CLG lineup were at least a real upset threat, especially in best-of-one.

Where are the stars?

In these early LAN’s for CLG, Tarik was allowed to do effectively whatever he wanted with little limitation, able to take over entire halves with a rifle or AWP. With “FNS” as the IGL at the time, the early CLG found most of their success on Mirage, Dust II, and Nuke, with key carries in Tarik and Peter “ptr” Gunney with Stephen “reltuC” Cutler as a very consistent and stable rifler. Lacking strategic sophistication, CLG lived and died by the strength of their CT sides, especially in a double AWP setup. Their system, in many ways, emulated many of the great qualities of the classic Markus “Pronax” Wallsten Fnatic lineup; ptr as a streaky yet explosive AWPer akin to Jesper “JW” Wecksell, Cutler as the stable Krimz-esque rifler, and Tarik playing the role of the aggressive all-rounder a la Olof “olofmeister” Kajbjer. Unlike this Fnatic, CLG lacked any decisive mid-round strategy, often throwing away man advantages and playing into stacks or ecos. Further, the team did not have a strong lurker in the lineup, both FNS and Hazed trying it at different stages to no avail.

As such, CLG relied heavily upon default-focussed, aim-reliant strategy, praying for their stars to open up bomb sites with little in the way of a backup plan should initial strategy fail. Because of the lack of surrounding aggressive stars around Tarik, the results of this strategy were inconsistent; no co-rifler in CLG could match Tarik’s skill level and reliably make the necessary entry-trades to win rounds. Even after CLG found an excellent co-star for Tarik in “jdm64,” who brought a much needed consistency to the team with his ever stable AWP play, CLG’s rifler problem was never fully fixed.

From map to map, it always seemed as if the CLG lineup was a team of support players, Tarik and jdm. These supports, notably Cutler in the early days of CLG, could have games in which they performed their roles admirably and had game impact outside of their normally issued tasks (Hazed’s big performance against peaking Fnatic on Mirage at ESL ESEA Pro League Final a key example of this). Though in the long run, these support players lacked the firepower to truly support Tarik and jdm, even as the two found strong form in the latter days of their time of CLG. It also didn’t help that CLG was severely undermined by jdm’s rifling issues, requiring careful economic management to ensure that he had an AWP. CLG simply did not have the firepower, on the front or back end, to win against the elite teams. The one roster change they made with Jacob “Fugly” Medina did not fix these issues either.

Part of the problems that encumbered the CLG lineup came, oddly enough, as the team matured. Thorin and Hazed discuss this issue in on the same episode of Counter-Points, describing how Tarik’s perception of his skill set did not match what it realistically was in game. Tarik, at least by his own understanding, saw his skill set as a more passive, third-guy-in type of rifler, expected to lurk and clutch to an extent, and constantly playing a Snax-esque cerebral sort of game. As Hazed and Thorin both saw it, and as anyone who has watched Tarik in the games where he does “take over” would agree: Tarik is at his best when he does not have to think. In a typical PUG-star sort of fashion, though with the skill to translate the style to an elite level, Tarik should be the ball of raw talent running into sites mindlessly, guns-blazing.

However, as Hazed discusses in the video, it was almost as if Tarik started playing too much for the team. This idea seems oxymoronic at first glance, but when considering that CLG was a lineup basically entirely composed of supports already “playing for the team,” the issue becomes clear. Tarik, at least from the description Hazed gives of it, did not really understand his own skill set. Whether this came as a result of the surrounding jokes about him as being a “peanut-brained” player or his own desire to fill the gap CLG had in their backline by becoming the lurker they needed, Tarik was not playing like the player he should have been. And when combined with the surrounding issues that plagued the consistency of the CLG lineup, Tarik’s stock as a superstar dropped further and further.

A place to belong

After leaving the crumbling CLG team for OpTic, following a short period in which Tarik claimed to just be a streamer, Tarik and OpTic’s play seemed to improve almost immediately. In his first LAN with the team at ESL One New York, Tarik and company managing to beat both G2 Esports and Astralis, and almost upset eventual runner-up and arguably the world’s best team Virtus.pro. Since then, OpTic have won Northern Arena, ELEAGUE Season 2, finished second in the ECS Season 2 Final, and qualified for the Major in the highly competetive qualifier, cementing themselves as North America’s best team. This OpTic lineup, with its loose, aggressive style, became the perfect fit for Tarik’s true playstyle, especially when paired with entry-partner Will “RUSH” Wierzba. Much like the classic Team Liquid entry duo in Jonathan “EliGE” Jablonowski and Nick “nitr0” Canella, Tarik and RUSH play off of each other well and can open up bombsites with their superb rifling skills. Further, the team does have potential lurking strength in Keith “NAFLY” Markovic, who has proven in recent events his abilities in the clutch, while still retaining a strong support player and consistent AWPer like CLG had in stanislaw and mixwell (who can actually rifle quite well) respectively. But, OpTic is not one-dimensional either, capable of playing in a grouped up, execute-based style on many of their home maps as well. This has been essential to their recent success on Overpass especially, a map OpTic is capable of playing with widely varied pace and strategy. In many ways, OpTic is the complete version of CLG Tarik never got to play for, with similar niches filled but more skill across the board. So far, Tarik has taken full advantage of his chance to play in the position he truly fits, and hopefully OpTic and Tarik can maintain their form in the upcoming ELEAGUE Major.

What do you think of Tarik’s growth as a player? Let us know @GAMURScom or in the comments.

Photo credits to GosuGamers and HLTV