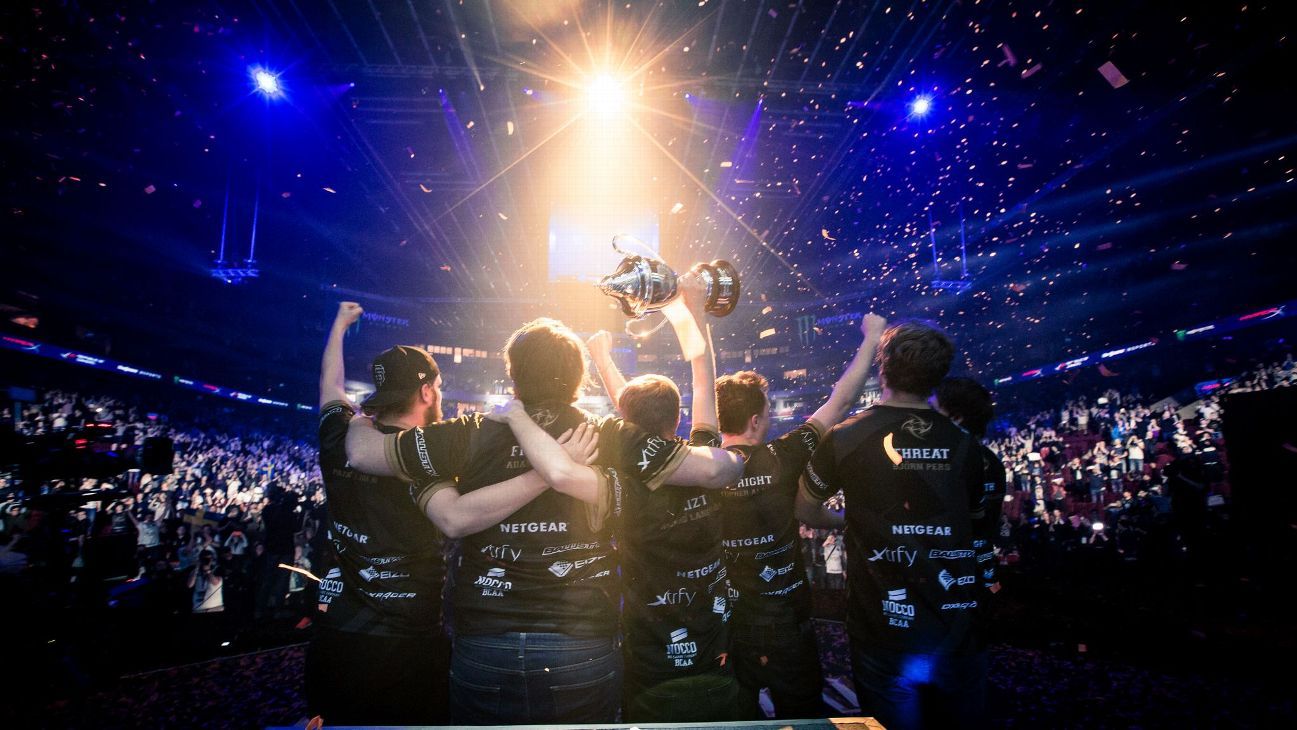 In the first age of Counter Strike:Global Offensive, there were none but Ninjas in Pyjamas. The Swedish lineup that once ruled the world: Richard “Xizt” Landström, Adam “friberg” Friberg, Christopher “GeT_RiGhT” Alesund, Patrik “f0rest” Lindberg and Robin “Fifflaren” Johansson. They were the genesis. They were the original champions. They weren’t just champions, they were THE champions. What Koreans would term as “bonjwas:” Those rare teams or players that were not only the best, but also came to dominate the entire scene over a prolonged period of time. They stood above all others when it came to results.

Eventually, they were superseded by French rivals, VeryGames made up of: Kevin “Ex6TenZ” Droolans, Nathan “NBK-” Schmitt, Edouard “SmithZz” Dubourdeaux, Adil “ScreaM” Benrlitom and Richard “shox” Papillon. Other players that were in and out of this lineup included Kenny “kennyS” Schrub and Cédric “RpK” Guipouy.

The battles between NiP and VeryGames came to define the early era of CS:GO. Eventually, the two were phased out by the passing of time and the arrival of better teams like Fnatic, Astralis, Virtus.Pro and Team EnVyUs. NiP refused to yield and stubbornly stuck to their outdated style to disastrous results. They could still pull off a few magic moments here and there, but it became clear as days of poor results became weeks, and weeks became months, that their time had ended.

VeryGames, on the other hand, imploded as the French scene went through multiple shuffles that had Vincent “Happy” Cervoni Schopenhauer and NBK dictating the path of the French CS:GO scene. Shox and Smithzz joined the two along with Fabien “kioShiMa” Fiey to form the LDLC lineup that eventually became EnVyUs. The team broke up again and left out both Shox and Smithzz, who then joined Titan as Ex6TenZ slowly tried to rebuild a French team with RpK, ScreaM, shox and SmithZz. Titan unexpectedly closed down, and the squad and was eventually acquired by G2 Esports.

For both NiP and G2 players, the world had moved on. New teams had risen to take their place. The competition was stronger than ever. They were relics from an era long past. Their time was done.

Or so we thought.

In 2016, both NiP and G2 made moves that brought them back into prominence. NiP acquired Jacob “pyth” Mourujärvi as their fifth player and Björn “THREAT” Pers as coach. THREAT changed the entire team identity and his tactics have put NiP back into the conversation as a top four team in the world.

G2, on the other hand, kicked Ex6TenZ and picked up Alexandre “bodyy” Pianaro as their fifth player. The move worked, just not in the way anyone expected. Boddy did bring more firepower as they had hoped, but what made G2 a globally competitive team was the rise of shox and Scream. Shox has returned against all odds and expectations as one of the best players in the world. He can do anything at any time, whether it be AWPing, entry fragging, lurking or clutching. ScreaM has raised his level of fragging to another level and the two players are one of the most dangerous duos in the game today.

With these changes, NiP have won DreamHack Malmo, their strongest international LAN appearance since ESL ONE Cologne back in 2014. G2 have risen from consistent gatekeepers of the top 10, to a wildly inconsistent and explosive team that played even against Luminosity in a best-of-five, yet somehow lost to Gambit in a best-of-one. The titans of the old age have returned, and at the Esports Championship Series Season One Finals they will challenge the Gods of the New.

When the NiP and VeryGames (currently G2) stars faded, the scene was conquered. Taking control was Fnatic, the greatest lineup to ever touch CS:GO: Olof “olofmeister” Kajbjer Gustafsson, Freddy “KRiMZ” Johansson, Robin “flusha” Rönnquis, Jesper “JW” Wecksell and Markus “pronax” Wallsten. Against the near collective will of the CS:GO fans, Fnatic proved themselves as champions. Not just champions, but the champions that usurped the place of NiP as the greatest ever. The last victory of this lineup was at ESL One: Cologne, where they silenced a million in a miracle run to take home the Major.

Since then pronax, has left citing a lack of motivation and in his place Fnatic have signed Dennis “dennis” Edman. The team built another dynasty as they went on to win the next six events they attended back to back. Going into Major League Gaming Columbus, they were the favorites to win the entire thing. Unfortunately for them, Olofmeister had injuries and they lost in the quarter finals. Afterward the tournament’s conclusion, olofmeister took a break to recover from his injuries.

The team that eventually won that Major and took Fnatic’s place as the best team in the world was Luminosity. Even just two years ago the Brazilian scene was barely a twinkle in anyone’s eye. There were no leaders, no infrastructure, no tournaments, no orgs, no salaries, no players, but Gabriel “FalleN” Toledo refused to let it end like that. Since there were no leaders, he became one. When there was no infrastructure, he made Games Academy. When there were no tournaments, he won a spot at MLG Aspen X along with Fernando “fer” Alvarenga, Lucas “steel” Lopes, Caio “zqk” Fonseca and Ricardo “boltz” Prass and shocked the world. When he couldn’t get to Major qualifiers, he opened up a donation stream to get help to get his team there. He then used those results to parlay his way onto orgs and get salaries. When his team hit the ceiling, they found more talented players in Marcelo “coldzera” David, Lincoln “fnx” Lau and Epitácio “TACO” de Melo.

Together, they have gone from nothing to the top of the CS:GO world. They have earned their title as the best team in the world and now they must defend their throne.

Fallen knows that the No. 1 spot is tenuous. Any of the top teams can beat each other on a given day, and at ECS there will be five: G2, NiP, Fnatic, Luminosity and Astralis. Yet the most interesting aspect going into this tournament is the battle between the old guard of G2/NiP and the new guard of Fnatic/Luminosity.

You rarely get to watch a battle between eras when both teams are in their prime. NiP are a top tier team once again, G2 have superstar players in both Shox and Scream, Fnatic have returned with olofmeister, and they are all aiming for Luminosity’s spot at the top.

The Titans of the Old Age are hungry for retribution. The Gods of the New Age refuse to fall. All of them are fantastic teams, but only one can rise to the top. This will be an important moment in all their careers. Will this be the moment when NiP and G2 start writing the new era in their name? Will Fnatic return to its place as the greatest team in CS:GO? Or will Luminosity continue their reign as the best in the world?