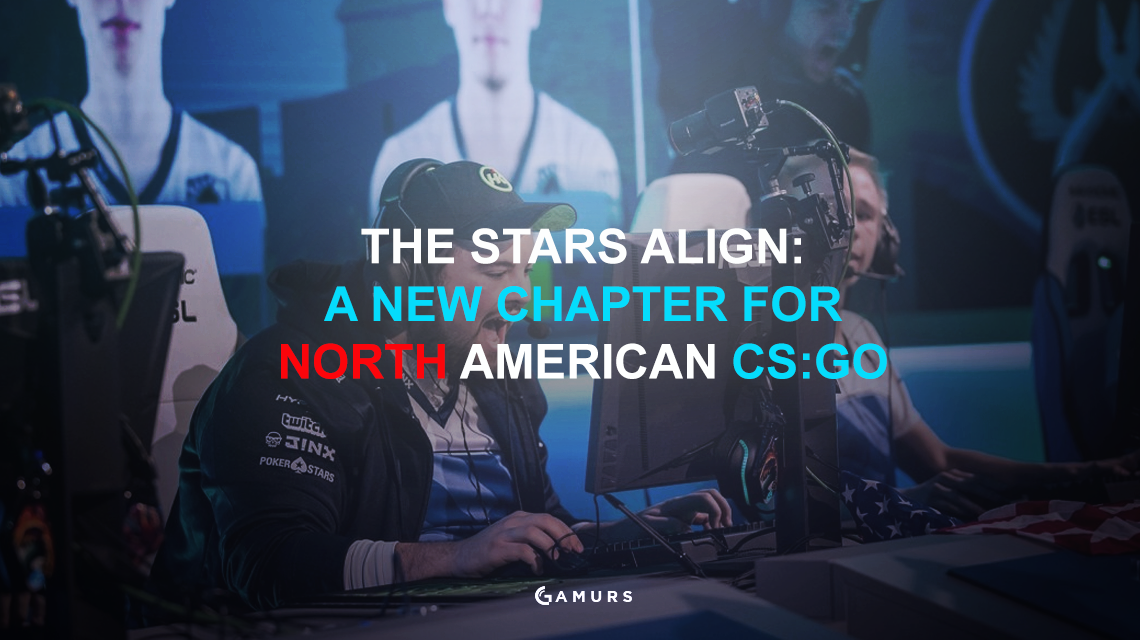 Following the near major quality level of competitiveness at ESL One New York two weeks ago, North America’s best Counter-Strike teams have proven their ability to roll with the world’s best. A strong showing by the new OpTic Gaming roster with recent pickup Tarik “tarik” Celik and Peter “stanislaw” Jarguz now in-game leading places them somewhere near the top of tier two, proving their ability to potentially win best-of-one games over tier one teams (as they did against G2, Astralis, and nearly Virtus.pro).

These results from OpTic, moreover, came with entry-fragger Will “RUSH” Wierzba struggling throughout the tournament, usually a consistent aggressive force within a relatively streaky team. The potential for this roster could max out even further with more LAN experience and practice, and New York was a good indication of their rising strength.

Further, a red hot performance by Jonathan “EliGE” Jablonowski and Team Liquid saw them through to the semifinal of this event and into a close loss against eventual champion Natus Vincere, ensuring that their new roster with Jacob “Pimp” Winneche has the firepower to compete with any team. The two North American squads join Cloud9, who proved with two convincing top-four finishes at DreamHack Bucharest and StarSeries Season 2, that they were (at least within their albeit small map pool) one of the world’s best teams.

For anyone who has followed North America’s history in Counter-Strike: Global Offensive, two NA teams decidedly in the world top-10 and one team on the cusp of joining them seems nothing short of a miracle. If the form of this trio continues to impress, North America will have finally struck gold in CS:GO. The systemic issue in NA CS:GO of being unable to consolidate domestic skill into teams for whatever reason (ranging from contracts to personal) has seemingly skipped this generation of NA teams. The best players from the lower tier NA teams appear to have been properly scavenged and arranged, with these top teams making good decisions on imported players to fill out their rosters as well.

The most straightforward reasoning for the rise of the dominant trio of NA teams comes down to the quality of their rosters. Cloud9, after bringing in Timothy “autimatic” Ta to replace the struggling Alec “Slemmy” White this past August, began a run of domestic dominance despite losing their in-game-leader. However, the autimatic pickup seemed to shift the dynamic of the team around enough such that Jake “Stewie2K” Yip took on an impressive run of form.

Even before the roster change, Stewie had already shed much of the criticism he received when he was initially picked up as an inexperienced and often reckless young player. Now, Stewie has established himself as the best all-around NA player, carrying Cloud9 to incredible performances at home and abroad. An even stronger testament to the firepower Stewie and autimatic have brought to the Cloud9 lineup is the sharp drop off in form by former stars Michael “shroud” Grzesiek and Tyler “Skadoodle” Latham. Even with their teammates slumping, the beloved Asian duo have resolidified Cloud9 as a tournament threat once again.

OpTic, a team with many long marginalized players, like Cloud9, brought in new talent to revitalize a stagnant core lineup. These moves, furthermore, helped to alleviate many of the internal issues the lineup had with former players Shahzeb “ShahZam” Khan and Damian “daps” Steele. By picking up Spanish AWPer Oscar “mixwell” Cañellas earlier this year to replace the streaky ShahZam and rescuing the highly skilled Tarik from the crumbling Counter Logic Gaming roster, OpTic’s supremely talented roster seems to have struck a good balance between measured and “scrimmy” play.

OpTic’s new level showed in their online performances against Immortals, as the two played many down-to-the-wire series. Though mixwell and RUSH did not have the same level of performances seen in these online games in New York, Tarik and Keith “NAF” Markovic are historically two very streaky players, as both put on great performances against the world’s best teams. As stanislaw continues to develop as an in-game leader, and RUSH and mixwell find their footing offline, this OpTic roster has the skill to match up against anyone.

No Strangers to Success

Liquid has proven as an organization that they will not compromise on the quality of their players, a “win now” mentality brought on by veteran player Spencer “Hiko” Martin. Thus, this trend of consolidating the best talent into the team is not a particularly new concept. Even still after they lost the incredibly talented Oleksander “s1mple” Kostyliev following their second place finish at the major, it was unclear how the Liquid roster would do with the Danish Pimp instead of the Ukrainian superstar. The lineup still had some of NA’s best talent in every position, but after losing a best-of-three to Echo Fox in the ELEAGUE qualifier and not having a great performance online with Pimp in the lineup, many worried that the team would never reach the same heights that they had showed in Cologne with s1mple. Further, the Valve coaching ruling hurt the team substantially, as their coach Luis “Peacemaker” Tadeu was pivotal to their in-game strategy.

However, as they showed in New York, the team is still very capable of competing with the world’s best. While Pimp is inevitably a downgrade from the prodigal talent that is s1mple, he showed his stability as a rifler in this lineup, serving as a perfect foil to the explosive EliGE (who likely takes the spot right after Stewie as NA’s second best player recently).

Moving forward, this team will likely play very differently from the often volatile team we saw at the major, relying on consistent play within a stable system. Whether it was a function of Pimp joining the roster or s1mple leaving that freed up the space for EliGE to dominate, it will be interesting to see how Liquid continues to set up and play around their aggressive entry-fragger, much like Cloud9 has with Stewie. Hopefully, with Peacemaker no longer able to contribute to communication in game, the roster is able to develop a suitable in-game leader within the roster without hamstringing their play (as they have done in the past with Hiko and nitr0).

It’s Lonely at the Top

Unfortunately, much of this consolidation of talent has led to a significant decline in the quality of the rest of the NA CS:GO scene. It is hard to imagine any other team in NA, with the possible exception of Tean SoloMid, having the same level of performance of the current top teams. NRG, Selfless, and CLG all lack the firepower to compete with the best teams, CLG’s roster basically picked apart to help build Liquid and OpTic especially. Even Echo Fox, who have the tactical backing of Sean “seangares” Gares and in theory decent firepower, have shown a myriad of problems as a squad and do not look like they can challenge top European teams even in random best-of-one matches.

If OpTic, Cloud9 and Liquid are unable to continue the success they have shown with their lineups, one issue with building these “super teams” is that there are rarely suitable replacements, even for struggling players because of gaps in overall skill. And in NA’s current state, it is hard to imagine any talented players available to pick up who are not Australian or an English speaking European player.

What do you think of the state of North American CS:GO? Let us know @GAMURScom or in the comments.

Photo credit to HLTV.org, DreamHack, The Daily Dot, and ESL