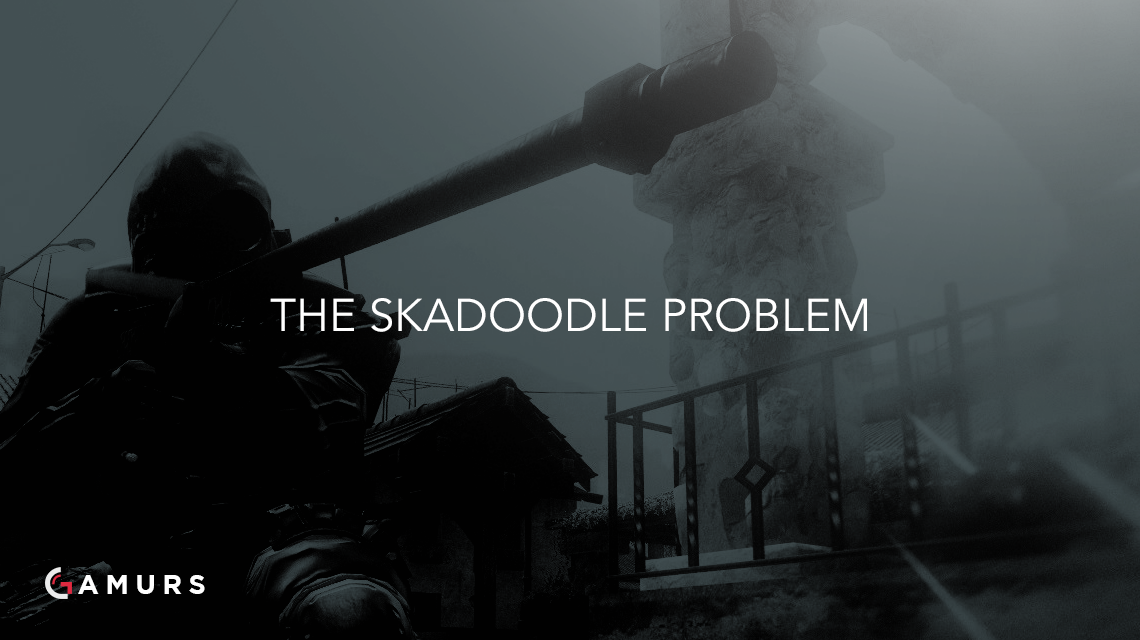 Regarded as one of, if not the best player in North American Counter-Strike: Global Offensive, let alone sniper, during Cloud9’s infamous run of form during the summer of 2015, Tyler “Skadoodle” Latham has now become a great source of controversy and discussion in the CS:GO community. His poor form contributed to the recent failures of the potentially elite level Cloud9, a team that showed at the ESL Pro League Season 4 Finals that they were capable of competing at a top level. Many cry for Skadoodle to be replaced, as investing into an expensive AWP without the prospective rewards hurts the team’s economy from round to round, especially as Jake “Stewie2K” Yip has shown his ability to wield the big green gun.

However, who would replace him? North American dedicated AWPing talent has lacked throughout the region’s history, so finding a suitable plug-and-chug replacement at home would be difficult. Further, a potential roster change begs the question as to what kind of player should replace Skadoodle. For as much as he likely lies at the heart of many of Cloud9’s troubles, the solution to “The Skadoodle Problem” is not so cut-and-dry.

The Cog That Doesn’t Fit

As Duncan “Thorin” Shield’s “Reflections” series interviews with Sam “DaZeD” Marine (link) and Sean “Seangares” Gares (link) revealed in great detail, Skadoodle works well within a highly controlled system. He needs a strong-willed in-game leader to give him specific instructions about where to post up on the map, otherwise he will almost aimlessly hold and peek the same angles from round to round. While controlled by DaZeD and Sean, Skadoodle was a force to be reckoned with, essentially an impenetrable wall on the CT side and consistent as a Terrorist. His turret-like, stable style of AWPing, much like Ladislav “GuardiaN” Kovács, he single-handedly locked down sites, alleviating the pressure on his teammates who could then stack more aggressively on other parts of the map.

This Cloud9, unfortunately for Skadoodle, does not play similarly to the Sean-led versions of the team or the old iBUYPOWER lineup. Rather, the team plays a much looser style of playmaking oriented Counter-Strike. In-game leader Stewie2K, taking advantage of his own aggressive play style and the skill of his co-star Timothy “autimatic” Ta, play with a “puggier,” less outright tactical system, running basic defaults from round to round in which the Cloud9 members have the potential to make plays around the map as they need to.

Stewie’s system, though implementing set executes and strategy less frequently than Skadoodle’s previous leaders, currently seems like a fitting identity for the team. Unfortunately for Skadoodle, who has shown that he requires a controlling system to succeed, the current Cloud9 approach brought great success to the lineup by enabling their star duo. In theory, Stewie, given a couple more months calling for the team, could develop into the more commanding in-game leader that could point Skadoodle into the right direction. Though at the moment, it seems as if the current Cloud9 style that has brought them so much success is also a core reason for Skadoodle’s drop in form.

To the dismay of many Cloud9 fans, it’s almost as if Stewie (or at least, his current system) and Skadoodle just do not fit together on this lineup. Even Michael “shroud” Grzesiek, whose drop in form also receives its portion of blame for Cloud9’s woes, could in theory fit within this open-ended system with his potentially explosive play style, his recent struggles more likely caused by other factors.

The current tactical system for Cloud9 seems to promote the need for a more independent AWPer that does not require the same high level of maintenance Skadoodle does, though finding this type of replacement is easier said than done. Despite much of the deserved criticism he receives, Skadoodle is still more talented than a majority of the available North American AWPer pool, meaning just signing the most talented free-agent sniper as soon as possible seems like a fruitless proposition.

@Thooorin as always, AWPers and IGLs playing in NA are incredibly valuable and hard to replace/find

Along these same lines, the only AWPers from North America that compare with Skadoodle in skill (players like Josh “jdm64” Marzano) are likely locked into expensive contracts at least for the time being. Further, the last thing Cloud9 needs is an extremely aggressive AWPer, like the old Jeseper “JW” Wecksell, as having too many playmakers within the lineup would likely take away from its consistency. Cloud9 needs an AWPer that is stable enough to hold an angle safely while the star duo makes plays around the map, as well as a player confident enough to make his own decisions.

In a perfect world, a hybrid player like Nicolai “dev1ce” Reedtz seems like the best sort of fit for this lineup, as he can primary AWP with consistency and initiative at a top level, as well as rifling very well should the economy or strategy call for it. Realistically, however, there are almost no tier one hybrid players in America at all, let alone available ones.

Moreover, Cloud9 already has one of these few capable hybrid players in Stewie, who has shown over the past few events that he is quite proficient with the AWP. But is giving Stewie the AWP more often worth the risk of losing the level of performance he is currently tapped into? Plenty of teams have built around the entry capabilities of their AWPer, with past Cloud9s as no exception, but it is unlikely that Stewie would maintain his current form in an AWPing-entry role.

So maybe Cloud9 gets an import. Renegades‘s current AWPer, Ricky “Rickeh” Mulholland, performed quite well at DreamHack Winter 2016 this past week, and has the added advantage of speaking English as his first language. Maybe they find a hidden gem from an unknown region, like OpTic Gaming did with Oscar “mixwell” Cañellas. Another option, given they have the money to spend and the players are willing to move, is to buyout a player already succeeding on a top team that meets their specifications, like hybrid AWPer René “CajunB” Borg.

Whatever direction Cloud9 moves with their lineup, Skadoodle, in his current form, does not fit. However, the issue with replacing him is the fragility of the current system; Cloud9 does not want to lose the gold they’ve struck with their autimatic and Stewie carry duo. They need a player capable of taking initiative and making a play when he needs to, but can sit passively and let his stars operate effectively. Hopefully, for the sake of continued North American relevance, Cloud9 is able to find this all-around type AWPer without hurting the foundation they’ve built.

How should Cloud9 solve “The Skadoodle Problem?” Let us know @GAMURScom or in the comments.

Photo credits to ESEA and HLTV