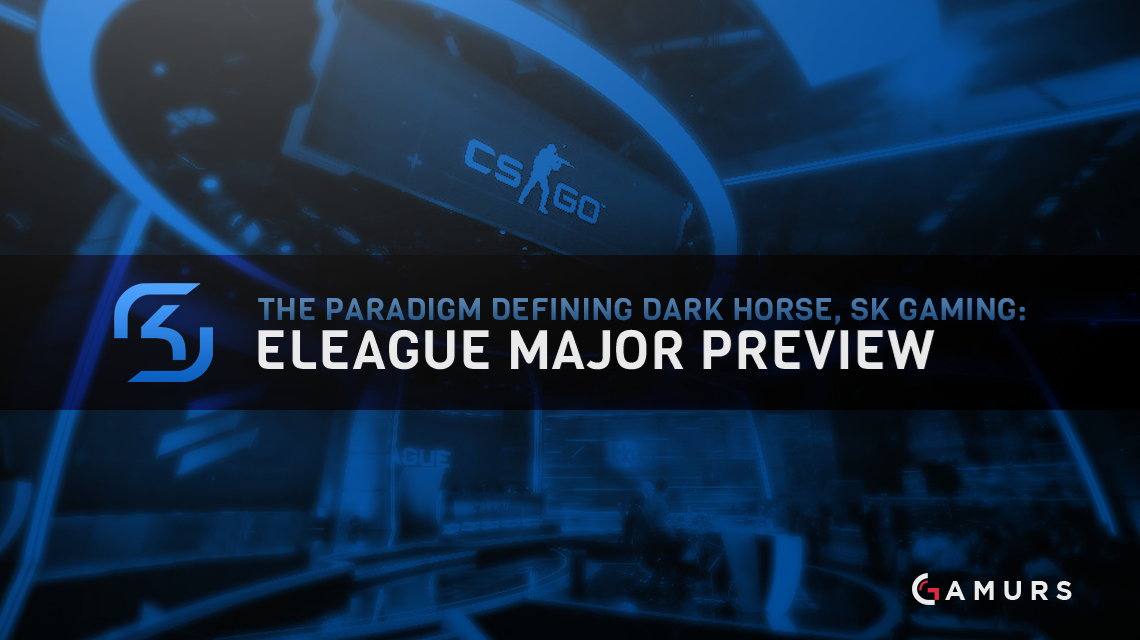 With Lincoln “fnx” Lau gone, the SK Gaming era and narrative as we have known it since the end of 2015, is over. For better or for worse, as a team of five, their chapter has been both defined and finished, their final placing in Counter-Strike: Global Offensive history forever encapsulated in a crammed 12 months of play. However, he narrative death of this specific iteration of the Brazilian’s roster does not mean the death of their current chances in competitive play.

With their stand-in Ricardo “fox” Pacheco, who has been consistently practicing with the side for over a month, make no mistake about it, SK Gaming is dangerous. What’s even scarier is that this danger is shrouded by the wide talent present at the major in a clandestine fashion that could leave other teams in shock. SK Gaming’s most famous storyline might’ve come to a close, but a frighteningly bold start to their next narrative thread could begin at the ELEAGUE Major.

The lack of hype around SK’s potential run at the major can be pinned on the assumption that they’re a totally known quantity; that we have seen the peak of their powers and are satisfied with the idea that this skill ceiling does not bare the awe-inspiring grandeur to win major titles. This, to some degree at least, could largely be taken on face value as correct. Objectively, fnx is a better player than fox, and a better-fit role wise for the side as well. Fox, who has historically been a primary AWPer, struggled to find his feet with a rifle while the significantly stronger sniper of Gabriel “FalleN” Toledo wielded the big green over him. What’s more, anytime fox actually had the AWP in his hands as a secondary AWPer, he took valuable time away from the traditional secondary player, Marcelo “coldzera” David, who on most levels is also a better AWPer than fox.

In short, the fox factor makes it easy to dismiss SK altogether. He has an admittedly justified stigma following his consistently underwhelming individual performance as a part of Kinguin/G2/FaZe and seems to be in many ways actually detracting from elements of SK’s game. Although it should be noted that fox’s best tournament ever was actually at a major – DreamHack Cluj-Napoca – which saw him finish top-four and shows that he might not be the gun mule everyone makes the Portuguese AWPer out to be; SK’s talent pool outside of this stand-in is so deep that it is surprising as to why they are overlooked.

Although they might be on the shortlist for favourites for a deep run, I think that they are the overlooked, potentially paradigm-shifting dark horse of the tournament. Even though they are not as strong as they were during their previous major runs, SK Gaming has a chance at winning the ELEAGUE Major. This would make four of their players three-time back-to-back major winners and possibly the best core in the history of the game. However small the chance of this occurring may be, the dormant potential for four players to be instantly cemented into the annals of CS:GO fame – or at least further than they already are – is something that cannot, and should not, be overlooked.

In fact, the chances might not even be so small to begin with. Coldzera has been hitting a stride reminiscent of his pre-ESL One Cologne 2016 tournament run, and even in losses, he has dropped insane numbers. As of late, Coldzera has quietly been accumulating a record that sees him rarely not have a 20+ kill game, and much like Nicolai “dev1ce” Reedtz in 2015, has added a base consistency that few other players can match in this current climate. Furthermore, Epitácio “TACO” de Melo, although not statistically speaking, has seemingly seen an uptick in the level of impact frags he can pull off on a half-to-half basis and is finding his stride in the absence of fnx.

Map pool wise, they can only really claim Train and maybe Dust II as their own. All the other teams in the top-five can match SK on at least one map, if not two, or in Astralis’s case, three or four. Their losses to NiP and Heroic on Cobblestone at IEM Oakland put that historically strong pocket-pick in question. But, what has been even more surprising has been their consistent struggle against Dignitas (now North) on Overpass and Mirage  – the traditional keystones of their kingdom. While some of SK’s players might be individually strong, map pool stability should be the foremost focus if they want to make it deep into the playoffs.

This is all, of course, pundit rhetoric. There are some elements, especially when it comes to this SK roster, that makes predictions near redundant. They have something no other team can boast – a defending champion mentality. While it might be Astralis’s tournament to lose, it is SK’s title to defend. We have seen the otherworldly things that the Brazilians can do when in-focus (see exhibit: Team Liquid at Columbus for further details), and the effect they can have on a playoff bracket. Whether this aura of immortality can manifest itself with only four-fifths of the championship roster is anyone’s guess.

It is a safe bet to assume that SK will make it out of the Swiss group, more than likely breezing past HellRaisers in the first game. However, if they run into Astralis early, or can’t overcome North’s kryptonite play-style and map pool, then we could see the potentially paradigm defining dark horse fall short of the finish line.