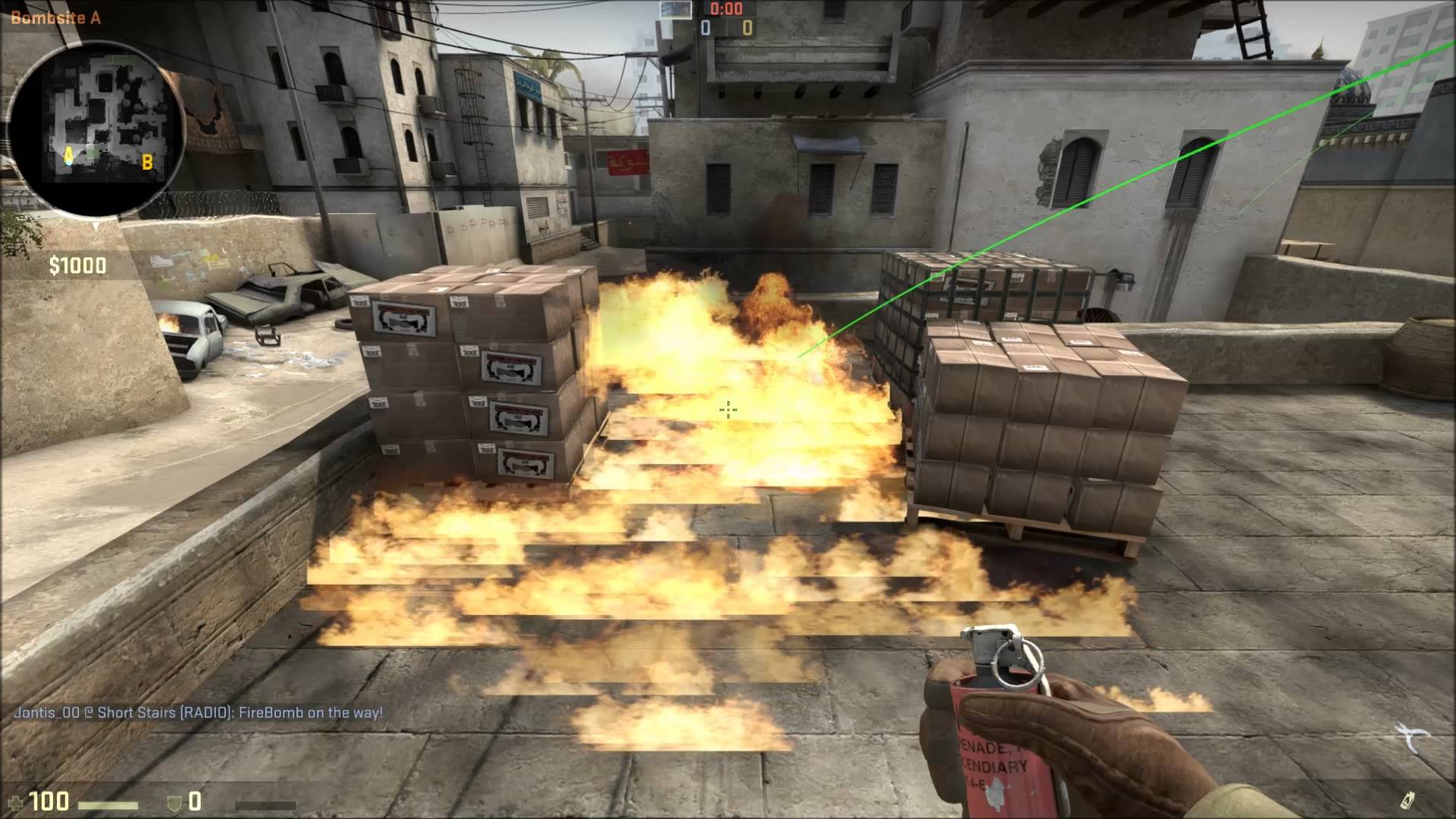 The molotov-smoke bug is still a problem in Counter-Strike: Global Offensive. If a player throws a molotov towards the ground (mainly uneven surfaces) and another player needs to counteract the molotov with a smoke, the smoke will sometimes not extinguish the molotov. This bug becomes a problem, as players have a molotov thrown at their feet for cornering or stopping rushes. The bug has been a problem that has not been directly addressed for months by Valve, but they might still be determining a cause and solution. Team Liquid’s Jonathan “EliGe” Jablonowski mentioned the issue again on Twitter, as a reminder to the developers.

When the topic was brought up on reddit.com/r/GlobalOffensive, EliGe responded, “Anyone replying that says Valve would rather release cases than fix bugs is being ridiculous. They’d fix it if they knew how to lol. The maps this has happened the most for me is overpass (short and monster tunnels) and I believe cbble(B plat). If we could get anyone that is good at looking at these types of things to find out the reason, I would check those areas out and get some ideas flowing about why it’s happening and how to fix it. If anyone has any ideas of why it’s happening or other areas that it has happened to them, comment it down so whoever sees this could help troubleshoot.”

Chad “SPUNJ” Burchill also had this problem in an on-stream pick-up game a couple months ago.

This issue could hypothetically highly influence future matches involving molotov stacks to inhibit Terrorist rushes. We will see if this is a bug that will either go entirely unaddressed in the coming weeks, or fixed in a future update during the downtime between majors.

Have you experienced this bug in CS:GO? Tell us with a tweet @GAMURScom.