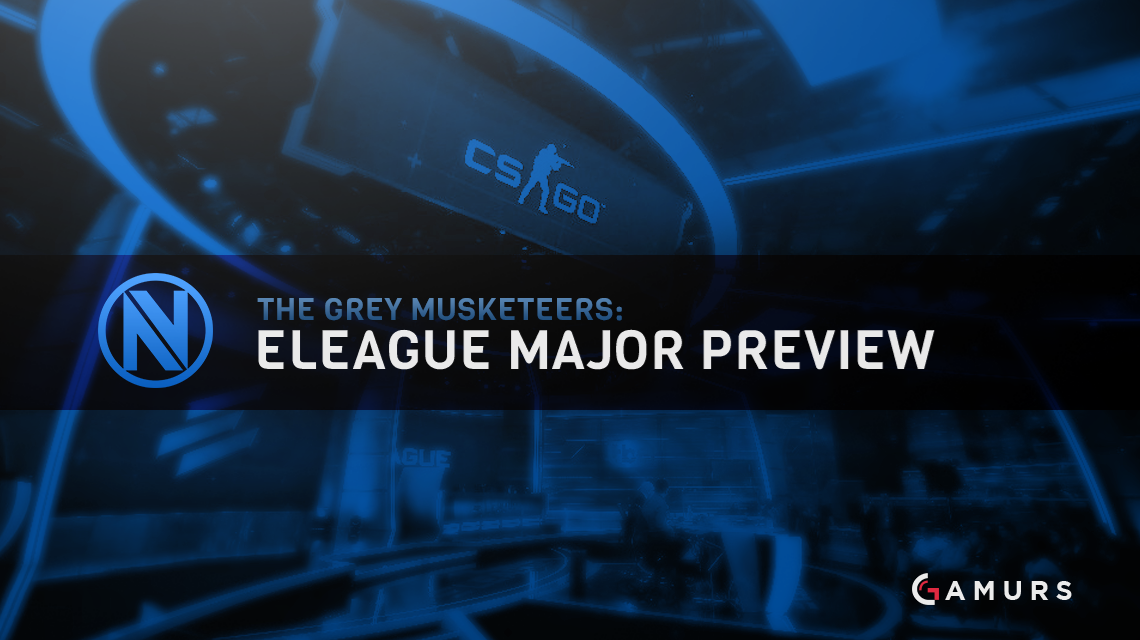 Team EnVyUs is a of group Major-winning individuals, excluding Christophe “SIXER” Xia. Vincent “Happy” Schopenhauer and Nathan “NBK” Schmitt have never missed a Major, where Kenny “kennyS” Schrub and Dan “apEX” Madesclaire have only missed one, DreamHack Winter 2014. Although this team has faced a few tough trials over the past year or so, it is good to see some of the absent stars return to form.

I will take a short look back at the journey they took to get to the ELEAGUE Major, as well as a small look at the stars that helped it happen:

A quick look back at some of their recent tournaments since the addition of SIXER shows the French team has placed decently.

They haven’t placed extremely well, but it is a start and some of the stars have started coming alive. If we compare it to their frequent 5-8th placings while Timothée “DEVIL” Demolon was on the team, this is much better. apEX, in particular, is one main reason they are placing better as he has been looking insane recently. Even in their losses, apEX keeps on hitting hard when his teammates can’t.

kennyS has also seen a return to form. He’s not quite as good as he used to be before the AWP nerf, but he is still deadly.

SIXER has also been helpful to the French team. For example, during the four matches they played at ECS Season 2 Finals, kennyS was top fragging for his team twice and apEX and SIXER top fragged once, respectively. Statistics don’t mean everything, but if we look deeper into their games you can see kennyS is hitting shots again and back in the days of EnVyUs’ dominant streak, kennyS was able to carry his team to victory off the back of his raw skills as shown in the video above.

I have been extremely conflicted when it comes to predicting how well EnVyUs will play at the Major. Frankly, their chances at making it out of the Group Stage are not extremely high. However, to their advtange, they are facing Team Liquid first, a team who have been struggling so I’ll give them that win.

To their disadvantage, the swiss format works against them. Cache and Dust2 have been pretty strong for them recently and even Nuke has given them some wins. Most North American teams are going to be happy to play the first two, but there has been a shift in the map pool. Maps like Cobblestone, Train and Overpass are all maps EnVy do not have good records on. The last nine times they have played Cobble and Overpass, they have lost six of them.

The only upside I can pull from those numbers is that two of the wins have been in best-of-ones, so perhaps they can do some damage. The last two Majors in a row, EnVyUs has placed 13-16th losing two maps in a row both times. At ESL One Cologne, they lost to Liquid and mousesports and at MLG Columbus, they lost to Counter Logic Gaming and Gambit.

In all honesty, I don’t think they are going to get out of groups. If they are to get into the playoffs, it’s going to be close between them, FaZe Clan and GODSENT.

Team EnVyUs are a team full of legends who are now facing one of their toughest challenges. If they make it to the playoffs and prove to the world they are still legends, then the French shuffle will be made much more interesting. Whether that’ll happen or not is another thing, but, one thing that is for sure, this Major is going to absolutely insane.

You may wonder why I have called this piece “The Grey Musketeers.” A short look back into your history books will tell you at one point in French history, there two companies of musketeers, the Grey and the Black. (EnVy and G2). The musketeers have been reformed and disbanded many a time, and I felt with the rumors of the French shuffles around the corner, this is the perfect way to refer to the EnVyUs players.

Do you think EnVyUs will make it into the playoffs? Let us know in the comments below and for more of the greatest Counter-Strike related articles, make sure you are following us on Twitter, @GAMURS_CSGO.