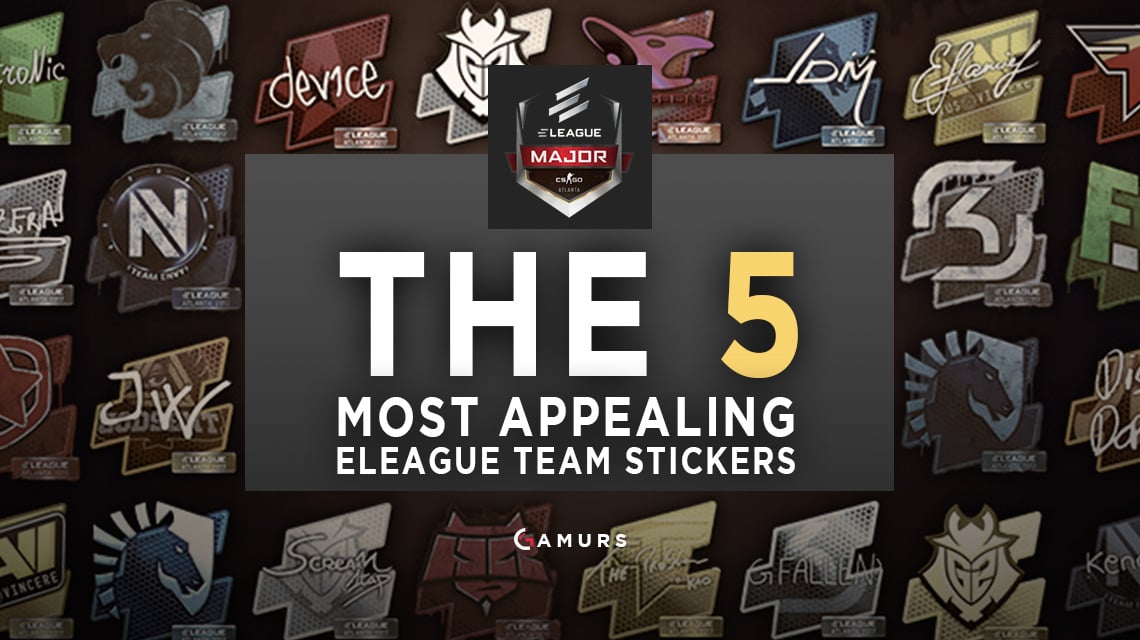 Below is a list of the five most visually appealing team stickers amongst the sixteen professional teams competing in the ELEAGUE Major. I chose these five because they are the five stickers that stood out to me the most to me while I was scrolling through the team stickers. Using the same method I used for the player autographs, I sifted through all of the team stickers twice to make sure I knew which five I wanted. The Steam Market prices for each of the (traditional) stickers at the time of this article being written are also displayed (even though they’re $0.99 if purchased in-game). In-game screenshots of team stickers are also shown for your viewing pleasure.

Note: These stickers are in no particular order of intrinsic/extrinsic value.

The HellRaisers stickers have made a comeback after two years of being gone, and they are perfect for sticking to a Redline AK-47 or AWP.

The G2 Esports prganization has completely changed its sticker from red, to red and white, and finally, to all white. This is not a sticker for “Les Noobs.”

FaZe Clan converted its Major logo to its “FaZe 2.0” multi-color logo, which signifies its diverse multi-esport, international organization. It is a nice touch that varies slightly in comparison to the all-red FaZe logo.

North, the Danish esports organization affiliated with F.C. Copenhagen, has a logo that features a fierce lion. Could North become the “Lion King” of the Major?

The Swedes of player-owned GODSENT finally have their paradox-triangled eye logo integrated into Counter-Strike. It will be interesting to see if GODSENT can be mouse-lifted to the Major win.

What do you think of these team stickers? Tell us your thoughts below or with a tweet @GAMURScom.