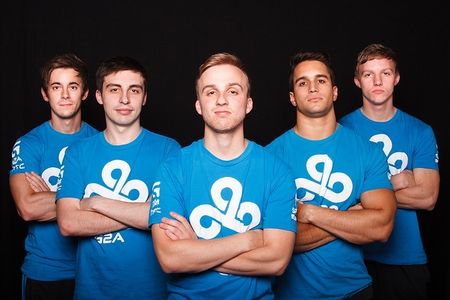 Yomi is a term used in competitive fighting games to denote the metagame of the mind. It is the ability to read what your opponent is planning to do to win the game and then countering his move. The read comes from a combination of the standard metagame, experience and instinct.

In Counter Strike terms you can see this in a microcosm in dual or clutch situations or in a macrocosm when you see the in game leaders call out a tactic or rotation and is generally the most seen in the area of tactics within CS:GO.

And it is through these reads, through these tactics that weaker line-ups have been able to challenge and defeat teams that had them out-gunned man for man. Titan/VeryGames led by Ex6tenz is one of the great historical examples of this, but more recent example include teams like Luminosity, Cloud 9 and Mousesports.

Which is what makes this DH Stockholm interesting. With most of the elite teams either at GFinity or not in attendance, this leaves Stockholm with a eclectic collection of good to middling teams, with three of the front runners being all tactical teams.

Even more importantly all three teams(Cloud 9, Titan and Mousesports) are in the middle of an important crossroads in their line-ups. Cloud9 burst onto the scene in a blitz. After some initial hiccups, they were able to get it together and make the best run any NA team ever in the history of CS:GO. It was a combination of team synergy, sgares’ leading and the increased skill of every player on the team that found them in three 2nd places.

It then came crashing down as they then went out of the group stages in their last two lans. Prophetically Steel noted that while the team was good, it was getting by sgares preparation and the lack of knowledge opposing teams had of the team. Two things that could not last forever.

Since their breakout performance ESL ESEA Proleague, teams have had months to get adjusted to the new game of Cloud 9. Lurppis noted a worrying trend for the team (http://followesports.com/topics/post/53) that they had reverted back to the previous Cloud 9 and were showing the same weaknesses as before. For Cloud9, this will be an important test and they need to perform here if they still want to be seen as one of the better teams in the world.

After the Titan/EnvyUs trade, two main concerns have come up for Titan. First, the problem of fire power. Titan is essentially a team where they have only one super skilled aimer in shox, a player who must carry his team in a scene where the best teams in the world have somewhere between 3-5 players that can carry at any time.

The second is ex6tenz. Considered one of the great all time leaders in CS:GO history, he has time and time again proven that he can make weaker skilled line-ups work against some of the best teams in their times by creating the right structure and system. He can create a path that gives his team the best chance to win. With ex-teammate KennyS returning to form at DH London, it will be shox and ex6tenz’s turn to rise back up.

The third team to watch out for is Mousesports. In many ways the Mousesports team resembles the Cloud 9 squad in multiple ways. They both rose up in skill around the same time in summer. Both team’s strengths are predicated on synergy, leadership and the firepower of two main stars (Skadoodle/Shroud and Nex/ChrisJ respectively). Both were then taken out in the group stages at ESL One Cologne. However unlike the other two teams, Mousesports has since replaced Spiidi with Niko, effectively increasing their firepower across the board, making them one of the most interesting teams to look out for in the upcoming tournament. 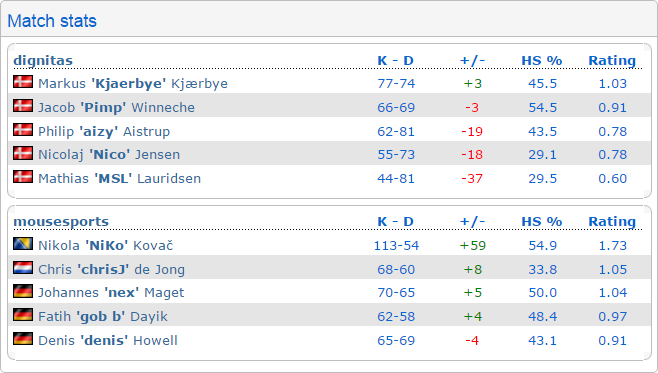 NiKo’s stats after 4 maps against Dignitas.

While these teams are not the best in the world (Most of the best will be at GFinity), their styles and strengths will make for dynamic and interesting matches and will answer a lot of the questions regarding all three line-ups. Or maybe s1mple and markeloff just blow everyone’s heads off.