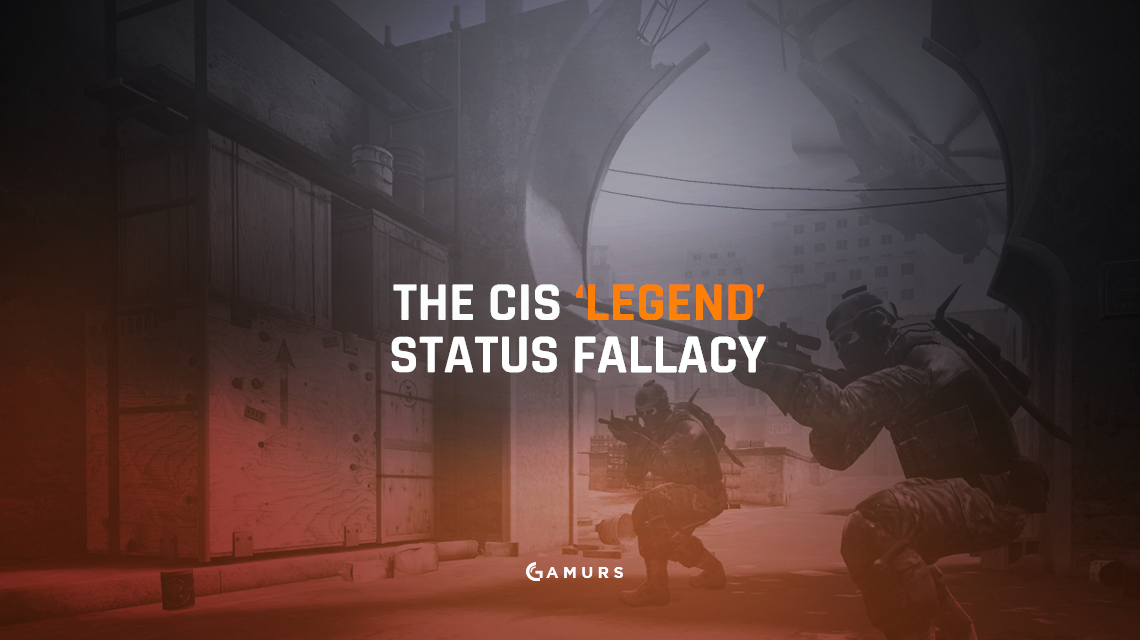 The CS:GO Major is the bastion of elite play, with matches between the best teams in the world, on the most ostentatious stage possible. Legends battle challengers, new talent ascends, old talent falters, an impassioned ebb and flow of competition that permeates every win, every loss, every kill, and every death.

Or at least that is how it is meant to be read on paper.

In practice, the entire tournament system is far from perfect. Small hiccups on the road to the Major finals – that will dominate the collective consciousness of the community – can be glossed over, forgiven, in light of the sheer spectacle and elevated nature of the event. However, ignoring these at times small, and at times large, cracks in an overarching system of qualifying, retaining spots, seeding groups and many other factors can lead to the fallacious argument that the Major system doesn’t need change because it’s ‘good enough.’

This idea of exposing the many weaknesses of the different elements of the Major system has been explored from countless angles, with all of them reacting to an imminent or recent problem regarding the system itself. For example, the crude and clunky seeding system saw its most prominent dowsing of criticism following the creation of ‘The Group of Death’ at ESL One: Cologne 2016. This group saw three potential finalists forced to play in the same group during the group stage, and as such one of these favourites was forced to exit the tournament before the playoffs even started. Another prime candidate for criticism in recent memory has been that players retain their ‘legend’ spot for the Major, and that 3/5 players need to be together for this spot to be retained. This has seen the organisations of GODSENT/Fnatic beholden to the will of one player, as his choice of team will make up the 3/5 players, and decides which org will receive the lucrative title of ‘legend’ and guaranteed entry into the Major.

This element specifically – the idea and implementation of ‘legend’ and ‘Challenger’ status – has consistently posed problems since its inception. It operates under the assumption that the teams who place top eight at one Major – and receive the financially lucrative legend status – will be just as capable by the time the next major roles around – a time period upwards of three months. This has led to cases like at ESL One: Cologne 2015 where ‘legends’ mousesports failed to win one map the entire tournament and exited in last place. This specific ruling has also led to the creation of a CIS ‘legend’ status fallacy.

ESL One: Cologne 2016 saw both Flipsid3 Tactics and Gambit Gaming upset their respective groups in surprise fashion and make it into the playoffs. Earning themselves – along with fellow Eastern Europeans Na`Vi – the title of legends. Just like the exposed weaknesses of the Major system that came before this one, Flipsid3 and Gambit’s automatic qualification into the upcoming ELEAGUE 2017 Major is going to drastically hamper the transcendent and ethereal feel that the community both expects and craves from their Majors.

Both teams have fallen off their own cliffs of equally impressive height since their historic upsets in Cologne. Gambit has achieved nothing of note, only securing wins over tier 3-4 European sides and domestic competition. Flipsid3 has done even less, struggling to make it through online qualifiers and relying on invites to make it on the LAN stage – only to finish last place, of course. They are by no means teams that in their current state worthy of ‘legend’ status, with neither boasting a single win over a top ten ranked team on LAN or online in over three months. For both of these teams the closest thing they could do to being called ‘legends’ would be moving to Australia and shouting a round of beers for a group of strangers.

This is a bigger deal than initial impressions might lead you to believe as well. The two bits of real estate that both Gambit and Flipsid3 are taking up have never been more valuable than they are in today’s CS:GO economy of talent. In an era when it is almost impossible to define the top eight teams in the world on a tournament-to-tournament basis, the wide range of prospective teams that all in their own equal way deserve a spot at the Major is unparalleled. The slew of talent at the offline Major qualifier would be a stacked tournament within itself. With only eight teams being able to go through, and probably 10-12 teams present that would be able to beat Gambit/Flipsid3 in their current states, those that hold the primacy of legend status are also beholden to an awe inspiring accountability for the future of the CS:GO Major story.

This CIS ‘legend’ fallacy is also reflected in the CIS Minor, with an embarrassing conglomeration of semi-pro teams and pugs taking up more space at the offline qualifier. Again, valuable space that could’ve been given to another European team on the rise like Epsilon, or the new-look Heroic side.

So for new fans, and casual attendees of Major’s, do not be swayed by the title of legend and the fallacy it creates. For just because two weak CIS teams are guaranteed a spot at the Major based on upsets that would’ve happened six months prior, does not mean they are worthy of that spot.

Is the ‘legend’ system flawed? Let us know your thoughts in the comments below or tweet us @GAMURScom.

Want to see the word ‘legend’ in print more times? Follow me @max_melit to talk about the Will Smith movie “I Am Legend,” the legendary Pokémon Mewtwo and the works of singer-songwriter John Legend.