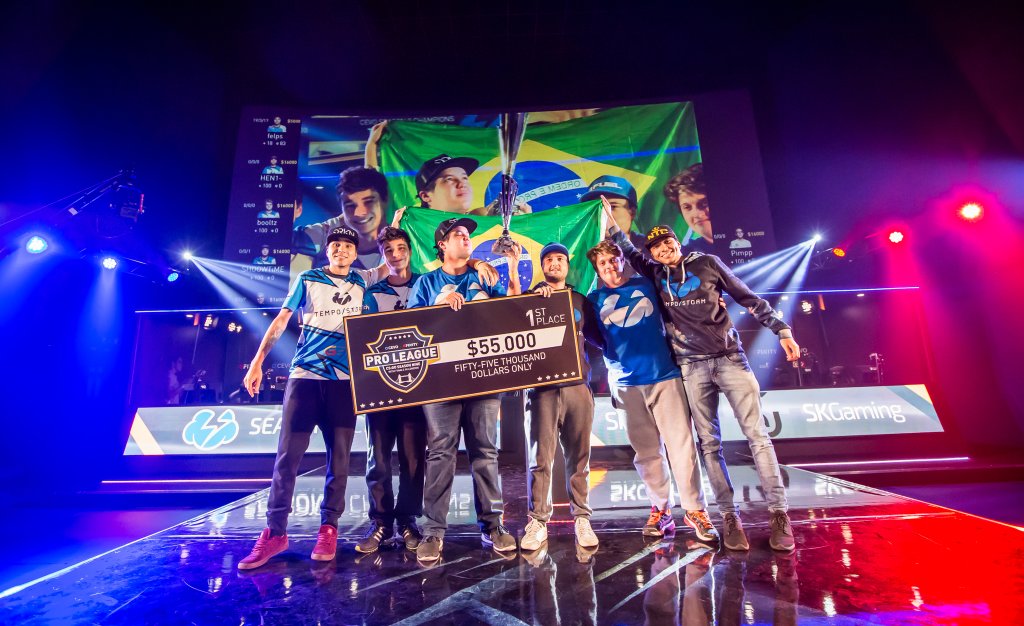 Brazilian side Tempo Storm continued their excellent start to 2016 with their first international Counter-Strike title win at the CEVO Gfinity Season 9 finals.

Though the tournament lacked the big name participants like Fnatic, Luminosity or Na`Vi—the latter of which withdrew from the tournament—Tempo Storm overcame sides like Virtus Pro and SK Gaming en route to the championship.

Tempo Storm topped Group B ahead of SK Gaming, defeating SK and Team Dignitas 2-0 and 2-1 respectively and advancing to a semifinal clash against one of the other tournament favorites, Virtus Pro.

Virtus Pro was expected to top Group A, but suffered an upset loss to Hellraisers to finish second. As a result they ran into Tempo Storm in the penultimate round, and narrowly lost 3-2 in a five map thriller.

After SK dispatched Hellraisers 3-0 in their semifinal, a rematch with Tempo Storm beckoned.

Tempo Storm jumped out to an early lead with a 16-5 win on Cache before putting themselves on match point in a close game on Dust 2. SK Gaming rallied to win their only map of the final on Mirage, but a 16-8 win on Cobblestone sealed the win for Tempo Storm.

For the Brazilian champions, the title caps off an incredible start to 2016. Beginning the year as Games Academy, a developmental roster for Brazilian MLG Columbus champions Luminosity Gaming, the team was purchased by North American organization Tempo Storm and immediately made an impact. The team qualified for IEM Katowice with victories over Cloud9 and Counter Logic Gaming, and won entry to DreamHack Malmo a week later.

Tempo Storm will be looking to continue that momentum into their first major event on American soil, DreamHack Austin, this weekend.