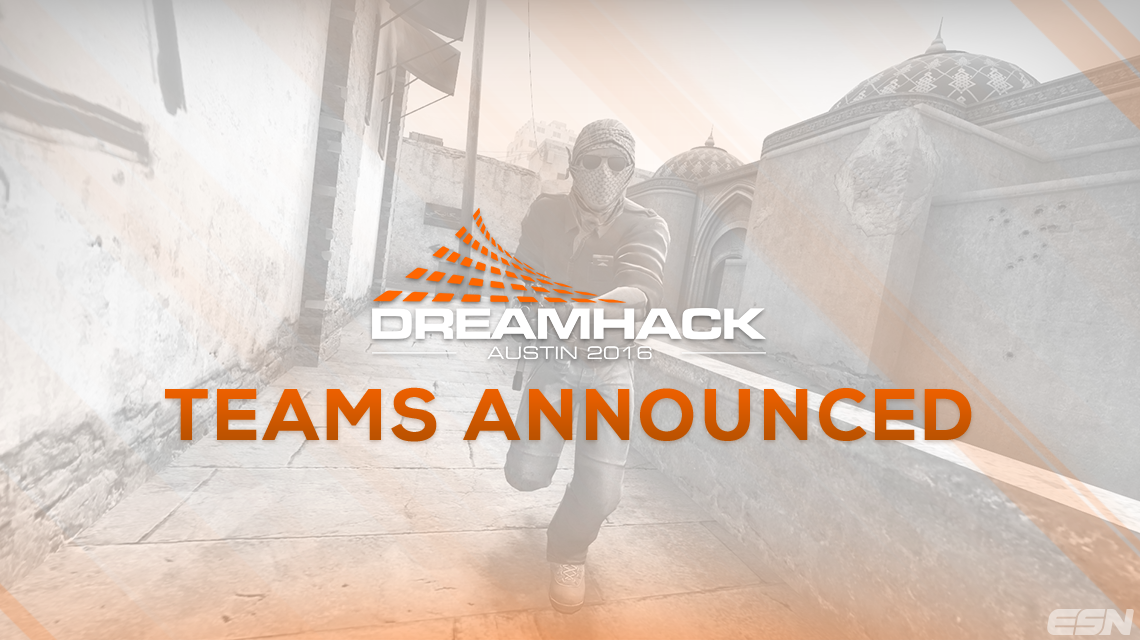 The DreamHack ZOWIE Open event held in Austin has just announced the lineup for the tournament. The teams attending are:

These eight teams will be divided into two double-elimination groups and the top two teams from each group will advance to the playoffs. The playoff games will be best-of-threes, with the winner moving on and the loser dropping out of the tournament and losing their chance at a major portion of the $100,000 prize pool.

DreamHack Austin is set to run from May 5-8 and more information is set to be released in the near future.

Who do you think is going to take home the trophy? Let us know in comments below and for on the spot updates, make sure you follow us on Twitter. – @eSportsNation .