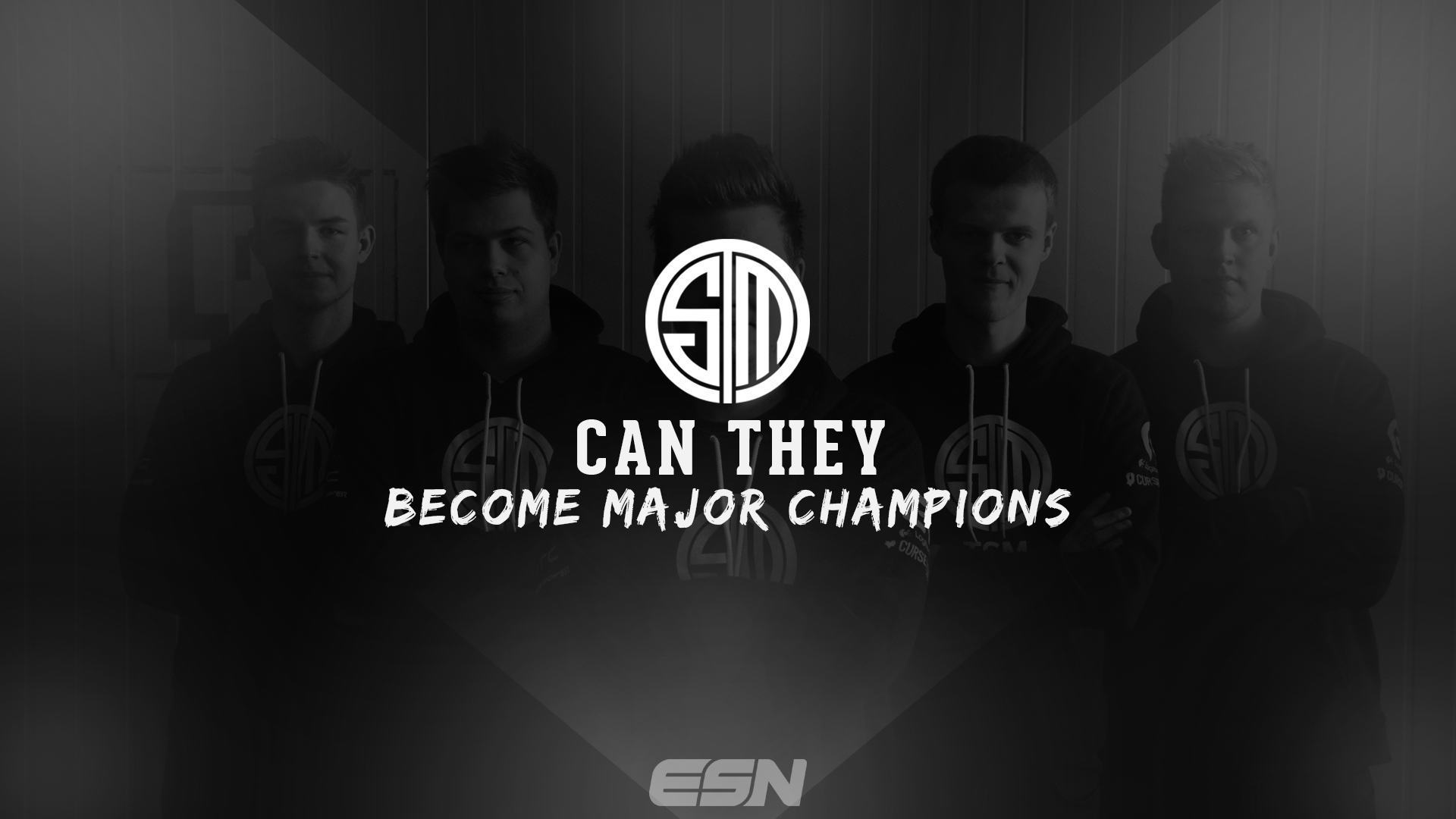 There is no denying that the pool of teams that can contend for a championship has grown throughout the year; we’ve seen it through the dynasty of Fnatic to the bounceback from the French in the form of Team EnVyUs. This year has shown us just how competitive Counter-Strike®: Global Offensive teams can be, and with Dreamhack Open Cluj-Napoca just around the corner, it is only going to get better.

A team that has been through it all this year is Team SoloMid . Comprised of Andreas “ Xyp9x ” Hojlseth, Rene “ Cajunb ” Borg, Nicolai “ Device ” Reedtz, Peter “ Dupreeh ” Rasmussen and Finn “ Karrigan ” Andersen, the team has propelled themselves to the top-tier of competition in 2015, but have lacked the edge to consistently win championships. With the next tournament approaching, can TSM prepare mentally in order to ensure they compete at the peak of their potential?

Containing the conventions of a winning team is not a problem for the squad, renowned for their innovative and solid Counter-Terrorist side, TSM has mastered the fundamentals of the game. However, with the elite level of competition in major tournaments, more is required. With four LAN wins this year, it has undoubtedly been a year a success for TSM; nevertheless, the team is obviously not complacent with what they have achieved and are pushing to be the fourth team to win a major title.

The team has been through their fair share of adversity this season, with a map record of eight wins to five loses at majors this year, and only being able to steal away one series that was a best-of-three or more. More recently at DreamHack’s London Open , TSM looked sharp in its entirety until the final. Up until this point the team had just came off a promising win of Dignitas, taking de_mirage 16-06 and de_overpass 16-14, with their opposite number all finishing with negative K/D spread. Despite the team continuing to win their battles, the aggressive, hard counter plays of EnVyUs was too much for TSM. As a result, TSM lost the series in a 2-0 fashion against “The Boys in Blue.”

A fundamental of achieving greatness in any competitive field is preparation. In preparation for previous events, TSM, like many teams, hold a boot camp in which they travel to a location where they will practice to replicate the action of playing at a LAN tournament. This process provides a lot of benefits to a team such as: complete focus during practice, the ability to rewatch and analyse film, and develop strategies together. Partaking in these activities builds team chemistry, a trait in which all great teams posses. In a turn of events, TSM has announced in an interview with HLTV, that they have adapted to their preparation schedule and have decided to not boot camp, because they felt “it was not beneficial” for them as a team. Instead, the team will play at home with the same rigorous training regime that they would follow at a boot camp.

Due to the team playing at home–where they felt most comfortable–they had embarked on a very impressive streak of play. Racking up to 32 map wins out of a possible 36, which included an impressive 25 win streak, cut short by Ninjas In Pyjamas, who matched up well against the Danes. This win streak of team domination continued through both the online and offline realm, shown through TSM’s last three online tournaments wins, and dominating LAN performance at the PGL Season 1 Finals .

This was a satisfying win for the Danish squad as they managed to take out Fnatic 2-0, in order to progress to the finals against Team Virtus.pro . This was an astonishing performance from TSM, leaving all the Fnatic players but Freddy “ Krimz ” Johansson negative in the slaying department. Their next win was also not one to be overlooked as they crushed Virtus.pro 4-0 to take the title flawlessly. This included two map wins on Train, a map neutoriously dominated by Virtus.pro throughout the lineup’s long-time history.

One of the greatest experiences we have witnessed in Counter-Strike this year, is the competitive rivalry we have seen sprout between TSM and record-breakers Fnatic. These matchups have created some of the most crazy moments in CS history. The teams have met in four LAN finals this year and each have come away with an equal two wins, while TSM winning six out of nine other engagements over 2015. However, since the reformation of Team EnVyUs, TSM has failed to find the same success they once had, failing to take down EnVyUs in the last four meetings.

Unlike certain pro teams, TSM has showed just how versatile they can be with their ability to play a diverse map pool. The team has obtained a strong core map set, especially with the newer maps, de_overpass and de_cbble. This automatically gives them an advantage before a match even begins. They are able to come up with a veto strategy that solely focuses on the weakness of their opposing team, instead of covering their own holes. This is maybe their greatest trait when facing their new rivals Team EnVyUs, who has been known to have a condensed map pool.

Only time will tell whether TSM can clinch their first major win before the year ends, but they certainly are in-form heading into future competitions. Dreamhack Open Cluj-Napoca will be taking place from Oct. 30 – Nov. 1 and will be streamed via the DreamHack Twitch channels.

Do you believe that Team SoloMid can win future major championships for year of 2015? Let us know. Follow our Twitter – @ESNCS for more coverage on Counter-Strike eSports.