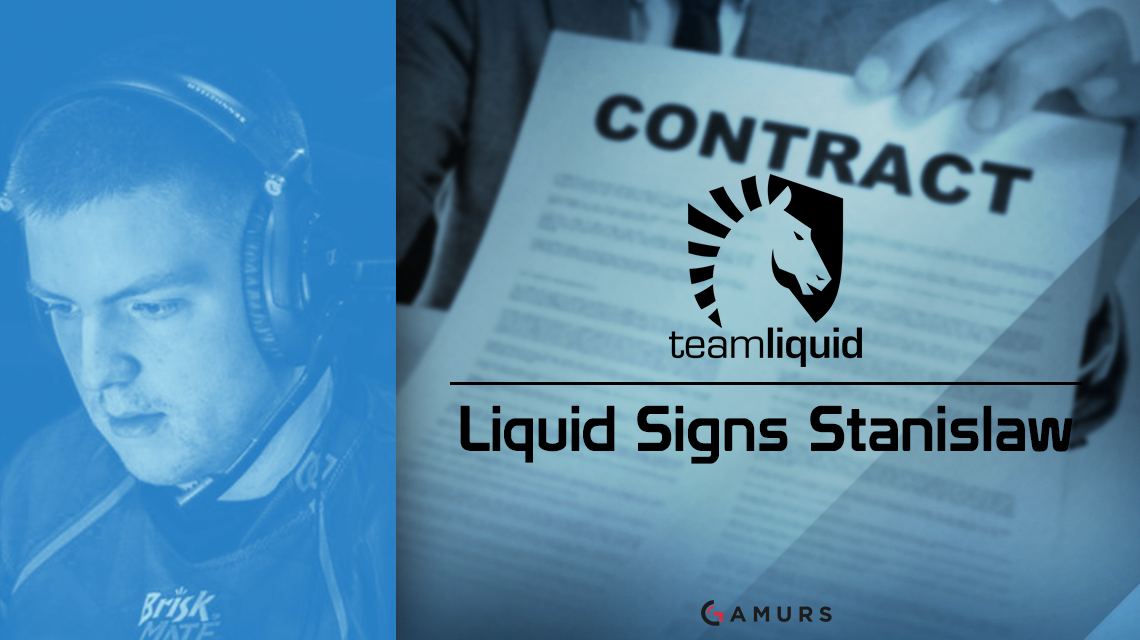 After stanislaw suddenly announced his departure from OpTic after the ELEAGUE Major, many fans and experts voiced their surprise and attempted to predict the next moves for one of North America’s brightest stars. Some of the most-respected people believed that Jarguz would be joining Liquid in place of popular player, Spencer “Hiko” Martin.

Per Liquid’s press release, they state that “it became readily apparent that our team lacked a true in-game leader.”

This comes not even a week after Liquid’s disappointing performance at the ELEAGUE Major, where they failed to make it to bracket play and retain their Legend status at Majors. stanislaw’s former team of OpTic Gaming also struggled mightily at ELEAGUE, managing to only win one match before being eliminated.

What did you think of this roster move? Let us know in the comments below or on Twitter @GAMURScom.