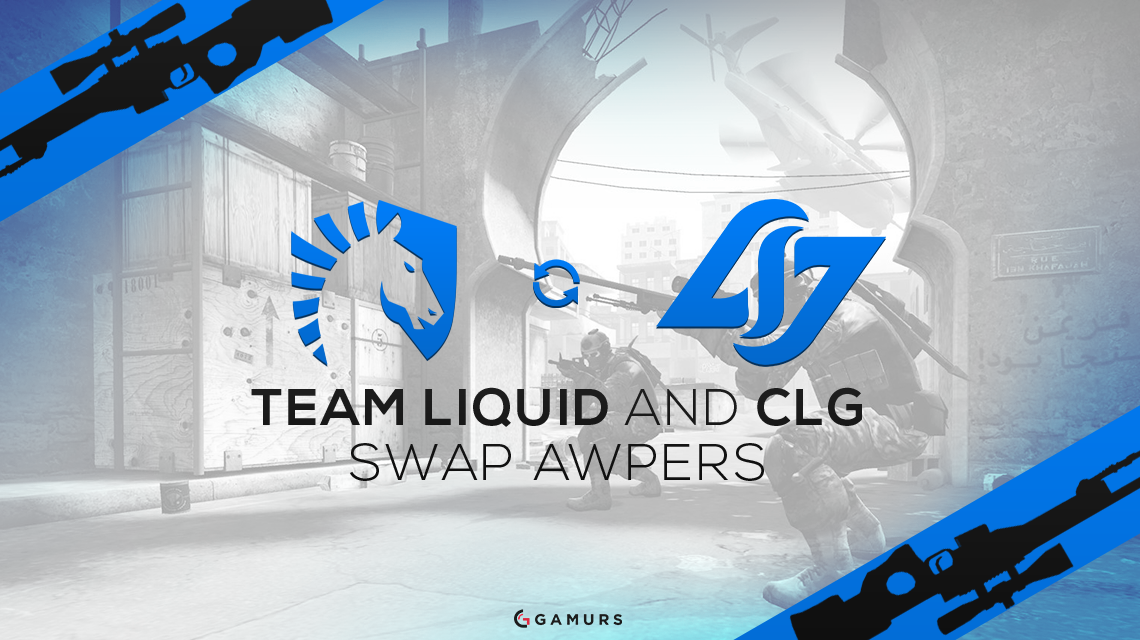 Both koosta and jdm64 hold the AWPer role, so they will continue in these roles on their new teams.

Jdm64 is known for his unusual posture when playing. It has become a meme throughout the CS:GO community. Before CS:GO, he also played Counter-Strike 1.6.

So stoked for this opportunity, off to Amsterdam for bootcamp! Game time, _iquid!

Before playing for Team Liquid and now CLG, koosta played for Enemy. While many of his other Enemy teammates signed with Selfless Gaming, he elected to pursue Team Liquid.

“I can’t wait to fly out to LA to see the team and prepare for my first ever Major,” koosta said in a press post from CLG. “I’d like to thank CLG for this opportunity and I hope to make the most of it.”

Recently, it seems as if both teams are going through many changes. Oleksandr “s1mple” Kostyliev, a former Team Liquid player, is serving as a stand-in after Eric “adreN” Hoag was removed from the roster. There has been speculation as to who will be Team Liquid’s fifth after s1mple leaves, but the information has not yet been confirmed.

CLG is searching for a fifth player, too. In the meantime, CLG is currently using the team’s coach, Faruk “pita” Pita, as the fifth player.

For the time being, here are the current rosters for the next Major:

This announcement comes after Group C of Turner and WME|IMG’s ELEAGUE where CLG lost to Astralis 2-1 in the group final. Team Liquid did not accrue any points in Group A.

“It’s an honor to have Josh play for our team and organization,” Steve “Liquid112” Arhancet, co-owner and co-CEO of Team Liquid, said in the team’s press release. “He is hungry, motivated and talented, and wants to win above everything else.”

How do you feel about this player swap from Team Liquid and CLG? Let us know in the comments or by tweeting to @GAMURScom. Make sure to follow us on Twitter to keep up with esports news and live coverage.