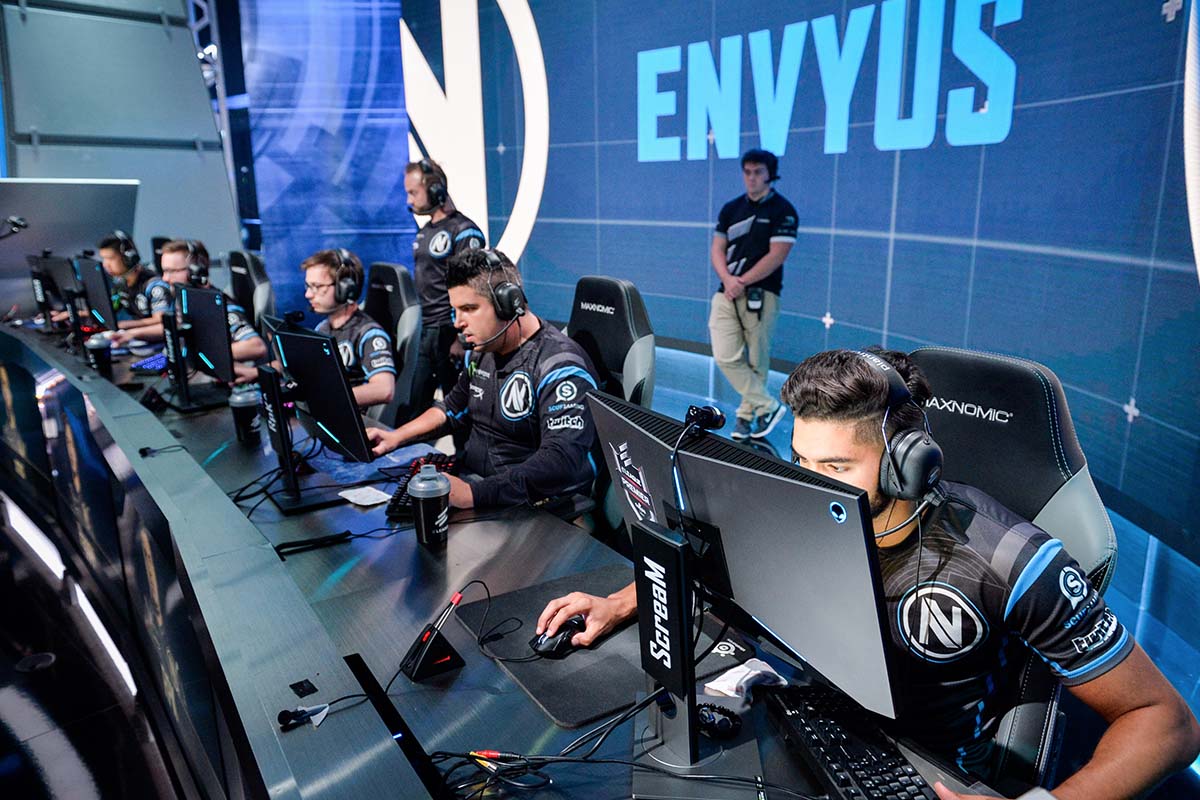 The playoff contenders for Group C have been finalized, as another weekend at the ELEAGUE CS:GO Premier has come to a close.

Team EnVyUs join Cloud9 as the sole winners of Group C, where they outplaced Ninjas in Pyjamas and Virtus Pro. All they needed to do was win the best-of-three decider match yesterday against the winners of the losers match.

On Friday, EnVyUs breezed past VP 16-6 on Cobblestone in the first match of the group, but they were crushed by Cloud9 in the winners showmatch 16-2 on Train later that night. Cloud9 went home with a 2-0 record and the first bracket spot, and EnVyUs later played Ninjas in Pyjamas for the second slot.

Despite losing first map Cobblestone 16-9 to NiP, the Boys in Blue showed resilience with wins on Cache (16-9) and Nuke (16-6). Cédric “RpK” Guipouy was a huge factor in EnVyUs’ 2-1 series win over NiP, averaging 24 kills per map with a 99 average damage per round (ADR) throughout each map. NiP’s Counter-Terrorist side in the first half of Cache was the only half that the Swedish team showed strength on, but they only won eight total rounds in the entire match.

EnVyUs are the sixth team to punch their ticket to the next stage of the ELEAGUE CS:GO Premier. Fnatic, North, G2 Esports, and FaZe also won their respective groups over the past two weekends, and now EnVyUs and Cloud9 will join them when the playoff stage begins on Oct. 10.

The group stage will meet its conclusion next weekend, when SK Gaming, Astralis, Team Liquid, and Heroic fight it out for the last two playoff spots in the $1 million tournament series.